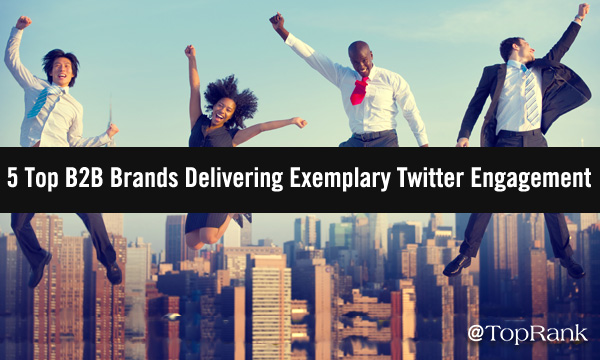 With more than 139 million active daily users and available in over 40 languages, Twitter has increasingly grown as a platform for both B2B and direct-to-consumer brands looking to creatively and effectively showcase products and services.

Twitter has kept up a steady pace of new feature roll-outs over the past few years that have helped it make significant gains as a social media platform not just for consumers, but also for more professional business users than ever.

It’s also increasingly become a destination for all manner and size of brands, and the users who frequent Twitter expect an experience markedly different from that offered by LinkedIn, Facebook, and Instagram. As the following chart from MarketingCharts shows, over the last year Twitter has seen increasing satisfaction among social media users. 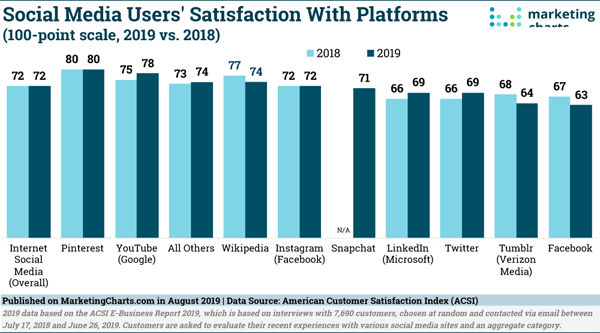 Since Twitter has launched so many new resources for brands to maximize their engagement on the platform — such as six-second viewable video ads — let’s take a look at how five large primarily B2B companies are using them to connect with audiences. 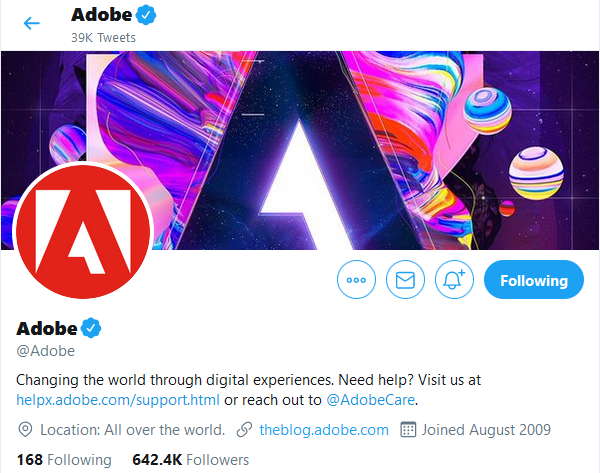 Adobe* has creatively used Twitter to engage with its audience of fans, using a plentiful variety of message post types, including many that incorporate innovative use of video.

From a recent tweet announcing the firm’s latest drawing and painting app’s arrival on iOS, to news of its subsidiary Marketo’s Fearless 50 list of top global marketers, Adobe keeps its Twitter messaging both lively and information for the 640,400 people following its page. 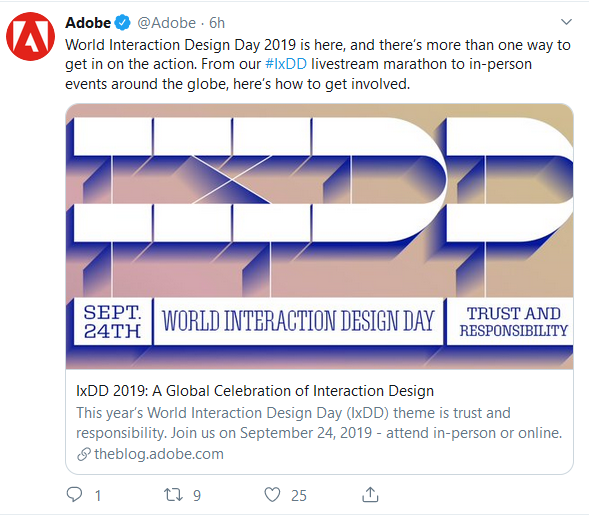 Whether it’s a tweet celebrating World Interaction Design Day 2019 (IxDD) — a global happening featuring over 100 events in more than 40 countries focusing on interaction design’s ability to improve the human condition, or a tweet looking ahead 10 years at the future of advertising, Adobe keeps its Twitter page both fun and relevant. 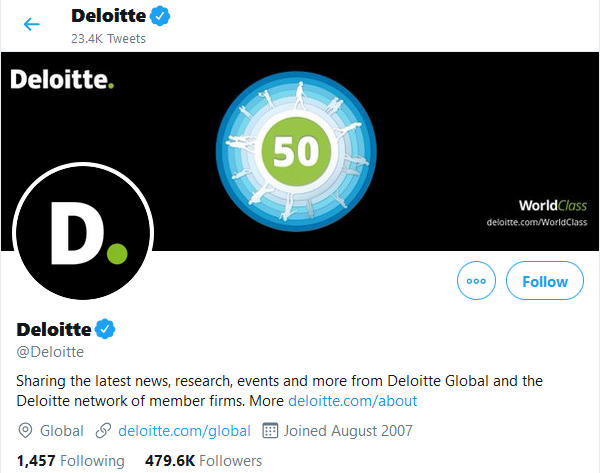 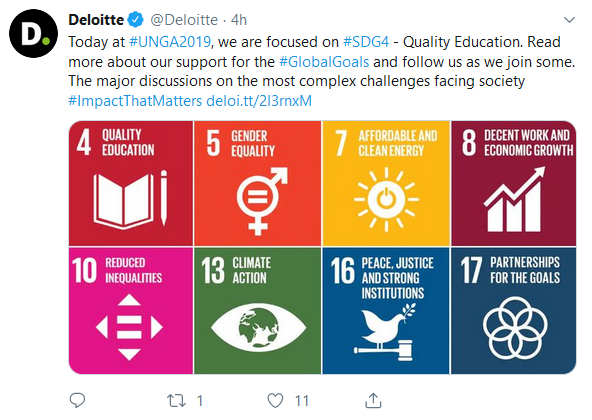 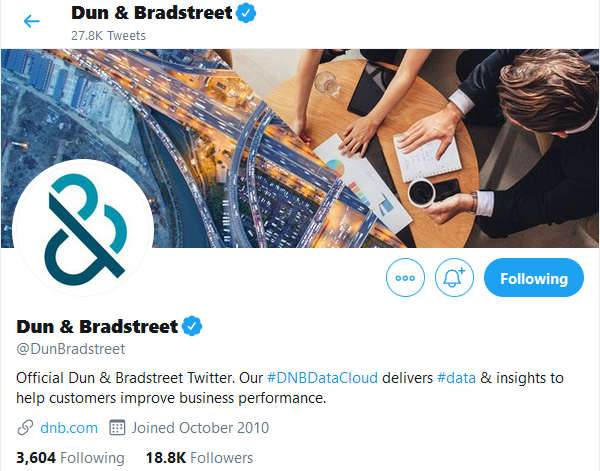 A recent tweet used video to explore the firm’s data and analytics initiatives, while another announced an upcoming webinar focused on turning data into return-on-investment (ROI).

Using Twitter to thank its constituents who attended a recent company event with a multiple-photo tweet, Dun & Bradstreet mixes up its messaging on the platform to keep fans both informed and entertained with video and image-rich content, all with a down-to-earth yet professional tone business customers have come to expect on Twitter. 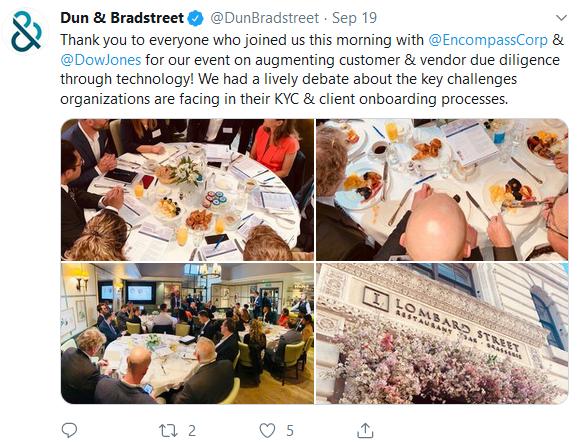 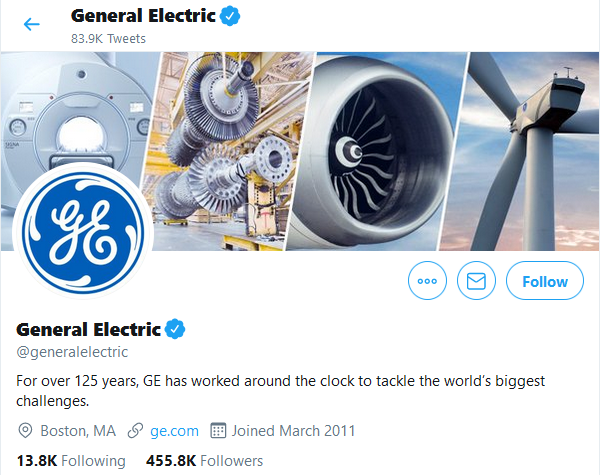 Twitter profile: @generalelectric
455,800 followers
Twitter tagline: “For over 125 years, GE has worked around the clock to tackle the world’s biggest challenges.”

Tying 3D printing to one of New York’s top fashion events, a recent tweet by GE used native video to stunningly highlight a company report about its GE Additive program and a dress printed entirely from 21 plastic petals and a titanium cage.

Both lighthearted animated GIF images and brief video clips were recently utilized by GE as part of an employee social media takeover initiative — a time-tested tactic that has proven successful for both B2B and B2C businesses. 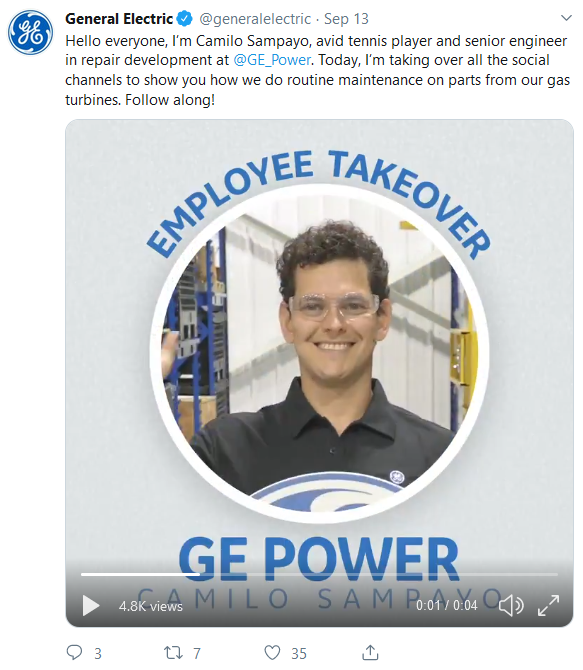 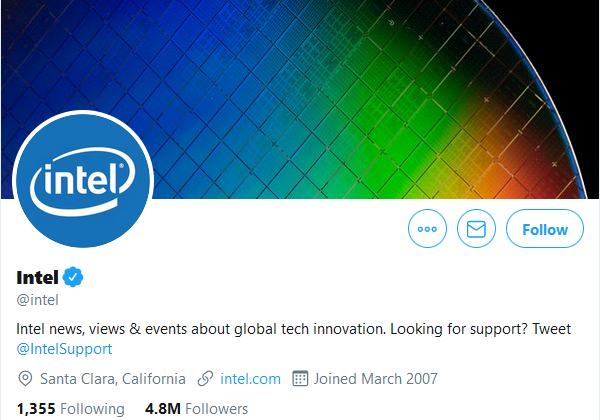 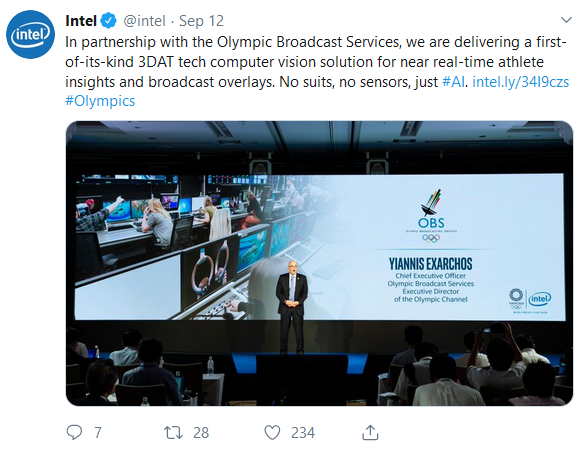 It’s clear from the mix of fine examples we’ve looked at here implemented creatively by Adobe, Deloitte, Dun & Bradstreet, GE and Intel that there are a wide variety of successful methods for building a solid and sustainable Twitter brand strategy.

Twitter itself has had an ongoing effort to help brands with content creation on the platform, including it’s recently-updated marketing playbook.

With enough time, staff, and dedication most brands can build their own successful ongoing Twitter strategy, while others may find it more efficient and practical to partner with a professional marketing agency highly skilled in Twitter-specific efforts.

TopRank Marketing had the honor of being named by Forrester as the only B2B marketing agency offering influencer marketing as a top capability in its “B2B Marketing Agencies, North America, Q1 2019” report.”

Finally, here are five recent articles we’ve written that relate specifically to either Twitter or to the process of creating engaging B2B content marketing:

* Adobe is a TopRank Marketing client.