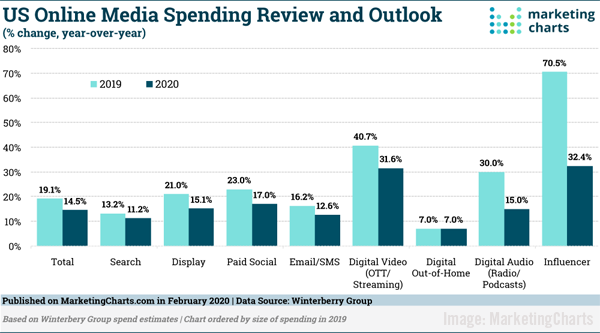 Facebook Adds ‘One-Time Notification’ API to Messenger for Business
Facebook has given marketers new options for contacting consumers who have agreed to notifications, with the release of an API token system that will enable expanded brand-to-customer contact choices, the social media giant recently announced. Social Media Today

Top Twitter Stats for 2020 [Infographic]
Twitter’s ad engagement rates rose by 23 percent, with video ads on the platform coming in some 50 percent cheaper in cost-per-engagement, two of many statistics of interest to digital marketers contained in recent Hootsuite infographic data. Social Media Today

Facebook Is Killing Off Its Web Supply In Audience Network – And Don’t Be Surprised If It All Shuts Down
Facebook has announced that it is phasing out mobile web publishers in its Audience Network. Shuttering one of its low-performing formats may have been driven by the shift away from browser cookies, as Facebook and other social platforms look to alternate forms of ad tracking. AdExchanger

New Research Shows Facebook Still Holds Sway With Millennials and Gen Z [Infographic]
Facebook has remained the most popular social platform among Millennials, with some 77 percent using it daily, while 64 percent of the demographic have their purchasing behavior influenced by the YouTube influencers they follow — two of several statistics of interest to digital marketers in newly-released survey data. Social Media Today

Google is Expanding Shopping Ads to Gmail
Google announced that it plans to offer a new variety of ads targeting Gmail users. Beginning March 4, Google’s Product and Showcase Shopping ads will get the ability to run on Gmail, the search giant recently revealed. Search Engine Journal

56% of marketers think AI will negatively impact branding in 2020, study says
The effect artificial intelligence (AI) has on branding is largely seen in a negative light, with 56 percent of marketers expressing fear that the technology could lead to the loss of jobs and lower creativity, while an even higher number — 77 percent — also expressed at least some level of concern over the use of AI with branding efforts. Marketing Dive

US Online Media Spend in 2019 and the Outlook for 2020
Continuing on from a strong 2019 online media spend of $145.3 billion in the U.S., 2020 is expected to top $166 billion, an increase of more than 14 percent, along with a record $3.4 billion for influencer spending, according to new forecast report data from MarketingCharts. MarketingCharts 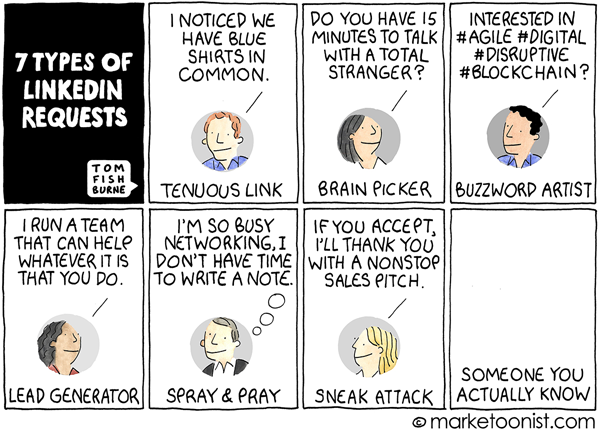 Do you have your own top B2B content marketing or digital advertising stories from the past week? Please let us know in the comments below.

Thank you for taking the time to join us, and we hope you will return again next week for another selection of the most relevant B2B and digital marketing industry news. In the meantime, you can follow us at @toprank on Twitter for even more timely daily news. Also, don’t miss the full video summary on our TopRank Marketing TV YouTube Channel.