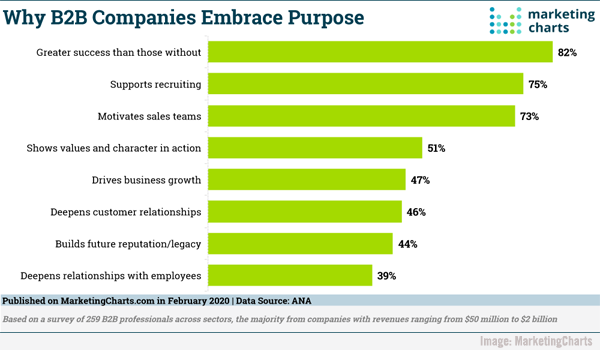 B2B Companies See Purpose As A Path to Success
Some 82 percent of B2B executives see companies with purpose having more success than those without, with 86 percent saying that purpose is important to their business — two of the insights contained in a recently-released B2B brand purpose survey. MarketingCharts

Content Consumption and Production Trends for B2B Marketers
Creating brand awareness, educating audiences, and building credibility and trust are the three top B2B content marketing goals, according to a new report on content consumption and production trends. Blog posts, customer testimonials and reviews, and whitepapers were the most effective methods for moving prospects along the sales funnel, the report revealed. Chief Marketer

Twitter starts testing its own version of Stories, called ‘Fleets,’ which disappear after 24 hours
Twitter has begun testing its take on Story-format tweets, which it has dubbed “fleets” for the fleeting ephemeral element. If rolled out to the platform’s full user-base, fleets could provide new options for marketers. TechCrunch

Gen Z relies on influencers for purchase decisions, Kantar says
People in the Gen Z demographic place the most weight on influencers when it comes to making purchasing decisions, with 44 percent buying based on a social influencer’s recommendation — notably higher than the 26 percent of the general population, according to a recently-released consumer study. Mobile Marketer

Gen Z’s Favorite Social-Media Platform? None Of The Above
Despite using social media more than any other demographic, Gen Z is most at home not on traditional mainstream platforms but on gaming platforms. With 90 percent of the demographic being gamers, gaming platforms serve roles similar to those social media does for the general population, according to a newly-released Kantar study of interest to digital marketers. MediaPost

Apple now allows push notification advertising, updates dating app review guidelines and more
Apple has made changes that allow app publishers to send push notification ads and promotional content to users who choose to opt-in, a move that has given marketers their first opportunity to utilize push-based ads to users of Apple’s iPhone and iPad devices, the firm recently announced. 9 to 5 Mac

Majority of consumers want standards and tougher action against review fraud
Most consumers say that they would like to see more done to combat fake reviews, including new industry standards to fight online review fraud, according to newly-released survey data which also shows that 82 percent won’t buy from a brand they’ve lost trust in. Marketing Land

ANA Finds Serious Problem: Marketing Students Just Wanna Have Fun
New entrants into the advertising industry are less likely to lean towards the quantitative and analytical side of marketing and more likely to embrace its creative and fun areas, according to newly-released survey data from the Association of National Advertisers ANA Education Foundation (AEF). MediaPost 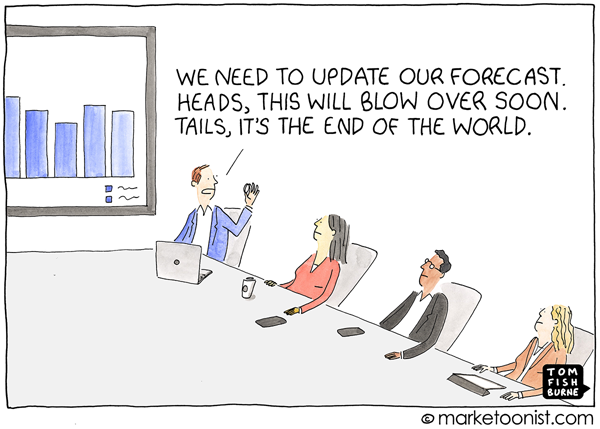 Do you have your own top B2B content marketing or digital advertising stories from the past week? Please let us know in the comments below.

Thank you for joining us, and we hope that you’ll come back again next Friday for a new array of the most relevant B2B and digital marketing industry news. In the meantime, you can follow us at @toprank on Twitter for even more timely daily news. Also, don’t miss the full video summary on our TopRank Marketing TV YouTube Channel.