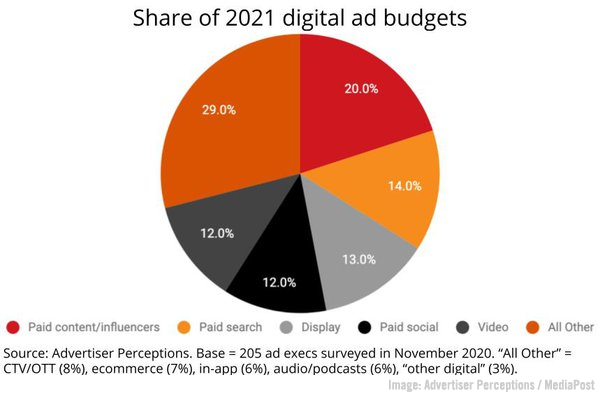 What B2B Buyers Say Sellers Can Do to Influence Their Purchase Decisions [Report]
71 percent of B2B buyers see client desires and needs as the leading influences on purchase decisions, while 68 consider showing what’s possible or how to solve a problem as being the biggest influence — two of several statistics of interest to B2B marketers in recently-released survey data. MarketingCharts

U.S. Ad Market Turns In Best March Ever: Up 25% Vs. 2020, 7% Vs. 2019
March saw the U.S. ad market grow nearly 25 percent since the same time last year, and even managed to increase 7.2 percent from pre-pandemic March 2019 levels, according to newly-released Standard Media Index (SMI) data. MediaPost

IAB: Ad ‘Confidence’ Has Surged, Less Frequent Reviews Of Budgets
Some 61 percent of U.S. advertising executives are confident or very confident in the stability of their advertising budget for the rest of 2021 — sharpy higher than the 22 percent who expressed the same levels of confidence in November of last year, according to newly-released survey data. MediaPost

Reddit unveils its Clubhouse clone, Reddit Talk
Social news aggregator and discussion platform Reddit has launched Reddit Talk — its flavor of the audio-call-based communication app format popularized by Clubhouse, which Reddit has made available for both iOS and Android devices, the firm recently announced. TechCrunch

Microsoft Advertising Unleashes Ad Units And The Ability To Import Facebook Campaigns. What Else Is New?
Digital advertisers can use a new feature being tested by Microsoft to more easily bring campaigns from Facebook Ads into Microsoft Advertising, and the firm also released an array of new ad formats including video ads for search results, Microsoft recently announced. AdExchanger

Ad Execs: Paid Content/Influencers Now The Biggest Share Of Digital Budgets
Paid branded content and influencer marketing have accounted for 20 percent of 2021 digital advertising budgets, while influence marketing was seen as the second most important digital ad option for 2021, according to recently-released survey data. MediaPost 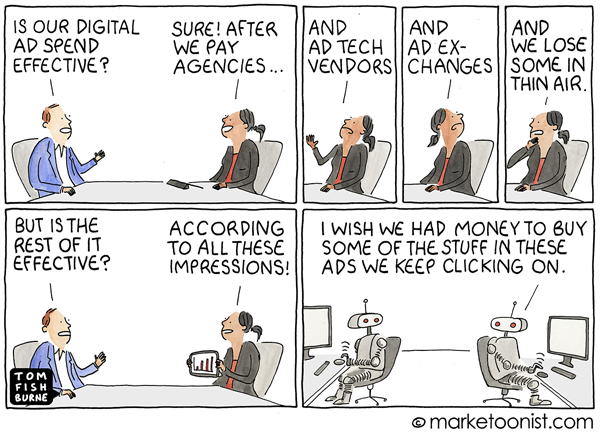 How Pixar Uses Hyper-Colors to Hack Your Brain — Wired

Have you located your own top B2B marketing story from the past week of industry news? Please let us know in the comments below.

Thanks for joining us for the TopRank Marketing B2B marketing news, and we hope that you will return next Friday for more of the week’s most relevant B2B and digital marketing industry news. In the meantime, you can follow us at @toprank on Twitter for even more timely daily news.