Content marketing is the planning, creation, promotion and measurement of content for a specific audience and intended to inspire a business outcome. With over 90% of B2B and B2C marketers engaging in content marketing, it’s more important than ever to make sure your content stands out from the crowd.

As the only blog to be named #1 content marketing blog three times by Content Marketing Institute, TopRank is dedicated to helping marketers understand the opportunities, best practices and current trends in the world of content marketing. 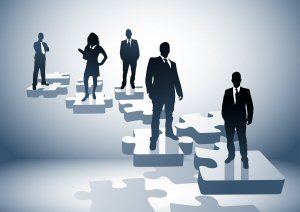 How would you rate your content marketing efforts? How well are you incorporating SEO and Social Media? If you’re not sure or need to improve, read on.

We’re big fans of content marketing as you probably know and there’s a presentation on Content Marketing Optimization that I’ve been doing at search conferences lately (SES SF, SES CHI, Pubcon and soon SES London) that has evolved each time I give it. See the bottom of this post for an embedded copy of the latest version from Pubcon.

While there are an increasing number of definitions of what content marketing is, I tend to prefer:

While the primary platforms for our application of this definition are online and more specifically, through search, social, online PR, email and certain kinds of advertising, I think a timelessly relevant definition needs to be general. 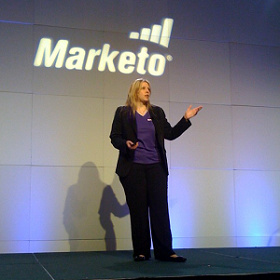 Content marketing is essential for B2B businesses providing both qualitative and quantitative returns.  And while 6 in 10 marketers are planning to increase content marketing spends this year, success-rates still vary greatly as it’s a new concept for most.

Maria Pergolino, director of marketing for Marketo (a TopRank Online Marketing client) shared a presentation at the Marketo User Summit on getting the message out, focused on social media and content marketing tips/tricks. 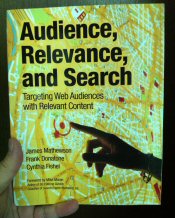 A few months ago, the PR folks working with IBM Press sent me a copy of “Audience, Relevance and Search: Targeting Web Audiences with Relevant Content” by a trio of authors: James Mathewson, Frank Donatone and Cynthia Fishel. I have somewhat of a connection with IBM Press because of editing the Social Media Marketing chapter of Mike Moran and Bill Hunt’s Search Engine Marketing Inc., 2nd Edition. (Interview)

Funny Story: Fast forward to Oct 13th and I’m on my way through the MSP airport to catch a plane to Las Vegas where I’m speaking at Blog World New Media Expo. I complain on Twitter about $36/day parking (highway robbery in my book) and James Mathewson chimed in with advice on parking at Terminal 2. Ironically, the book I picked out to read on the plan was Mathewson’s “Audience Relevance and Search”. On top of that, James is a fellow Minnesotan and we’ve never met or had any kind of correspondence before. Writing this review was simply meant to be 🙂 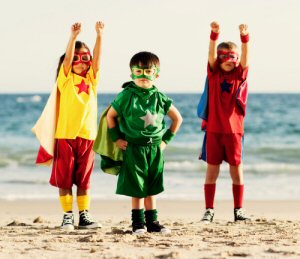 B2B Marketing offers a variety of choices for reaching customers wherever they are in the buying cycle.  Make no mistake, buyer behaviors towards information discovery, consumption and sharing online have been significantly affected by changes in social technology.

At a conference I recently spoke at, an attendee made a statement that social media only works for consumer marketing. The reality many marketers forget, is that B2B buyers are people too.  They have the same social needs and influences as anyone else. Social media, in my opinion and experience, is a great fit for business to business marketing. 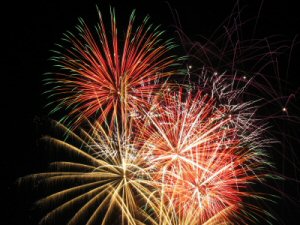 With the growing momentum of content marketing, a lot of companies get hung up on making investments in quality articles, white papers, videos and other media only to find they’re not getting much traction. I’ve heard it time and time again at conferences in discussions with brand marketers where they’ve invested in creating great content and digital assets but are frustrated at the lack of reach.

Over the past 6 1/2 years of blogging, followed by contributing articles, posting videos, photos, PowerPoint slides, reports in PDF format and other types of content publishing for our own agency and for clients, here are a few guidelines that stand out for helping content get better reach.

6 Tips For Making Content Pop on the Social Web 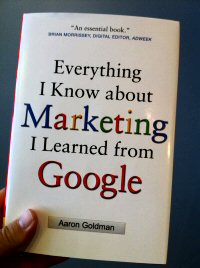 Aaron Goldman is an accomplished digital marketer that I know through MediaPost’s Search Insider Summit conference. He reached out to me while writing his new book, “Everything I Know About Marketing I Learned from Google”, and asked if I’d like to contribute. Such a request is a great honor to me but unfortunately, I never did end up sending anything to Aaron even though he was incredibly patient and went out of his way to make it easy.

I know what you’re thinking: Smart AND nice guy? Yes indeed, that’s Aaron and now he’s on a blog tour to promote his new book, graciously stopping by Online Marketing Blog with a video recognizing how TopRank Online Marketing “Acts Like Content” (Chapter 7) as well as offering insights from the book on the value of content for marketing. Overall, the book offers 20 lessons “straight from Google’s playbook” that I think you’ll get a lot of value from. Check out the video:

Everything I Know About Marketing I Learned from Google 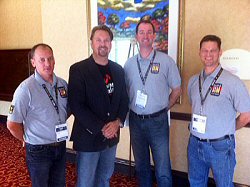 My presentation on how to leverage Social Media SEO to improve the reach and effectiveness of blog content for marketing at OpenCa.mp DFW this weekend ended up being a lot of information in a very short period of time. The use of a video interview I did with Brian Clark as the segue into my presentation ate into some of the 30 minutes I had to present plus I simply had too many slides.

(Thanks to Lt Colonel Joe Martin for the photo taken right after the presentation. His team were literally sponges for information at the event.)

OpenCamp’s Sunday schedule included presentations on blogging that included Chris Pirillo, Brian Clark and myself. I caught up with Brian before he gave his presentation to give us a little preview. John P. ended up using the video as the segue between Brian and I as we changed microphones.

Watch as Brian talks about the importance of planning content and understanding its purpose in order to be effective with blog copywriting. He also mentioned that traditional media is still doing some things right and we new media types would do well to identify what those things are and use that insight for our own publishing and content marketing efforts. 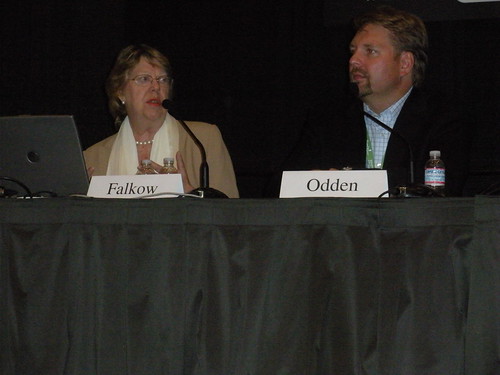 It’s been several years since I have seen TopRank CEO Lee Odden contribute to the panel ‘SEO Through Blogs & Feeds,’ so I was eager to sit in on this session to close out my first day at this year’s SES San Francisco.

As Odden states, creation and promotion of a successful business blog is just as simple and just as complex as planning a friendly dinner party. How, exactly? More on that shortly.

While Odden opened the session, let’s begin with insight from Falkow as her remarks help expand the notion of traditional blogging.

“According to Google,” Falkow states, “a blog is simply a webpage with a feed.”

Blog Marketing & SEO: A Recipe For Success At SES SF 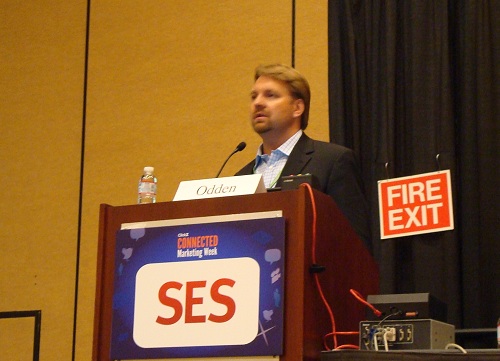 The core of any search or social media marketing program focuses on content.  But what exactly is content marketing?  It’s creating and distributing relevant content to attract, acquire and engage customers which you know detailed information about.

It’s different than search – where you’re seeking in-demand phrases and creating content.  In content marketing, which grew out of the B2B marketing space, you’re developing personas.  In addition to this you should activate the intersection of search and content marketing. 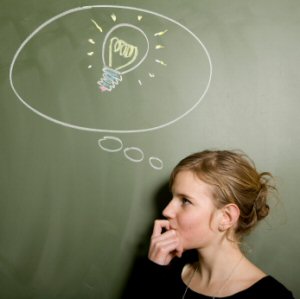 One of the most common challenges of business blogging is sourcing content. The range of things that can interrupt content creation are important obstacles to overcome because without content there is little reason for readers to return.  Blogs are fairly easy to start and if you’ve been a reader of this blog, chances are pretty good that you have started your own blog (personal or for biz) at some point in time.

Many of the companies TopRank Marketing consults with have either started business blogs and need help or want to start a new blog to advance a variety of business goals. In fact, in our blogging survey earlier this year, 95% of respondents indicated they incorporate blogs as part of their search engine optimization efforts. Many others use blogs for public relations, customer service, product support and recruiting.

Smarter Ways to Get Content Ideas for B2B Blogs 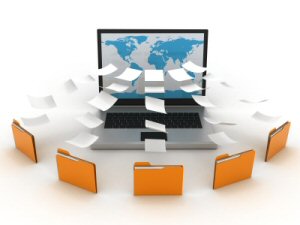 Companies are realizing the value in “brands as publishers” and are making real commitments to the creation of content in their online marketing mix. It’s no longer enough to provide fundamental features and benefits information about products and services to succeed competitively online. Consumers and of course, business buyers, seek additional information, resources and others to connect with on the topics of interest to them.  Some companies choose a pure creation strategy and find it to be a formidable undertaking, especially creating unique and valuable content over a long period of time.

Within the field of content marketing, curation is becoming a popular topic of discussion. Blending a mix of new content with the filtering and management of other useful information streams is a productive and manageable solution for providing prospective customers a steady stream of high quality and relevant content.  Pure creation is demanding. Pure automation doesn’t engage. Curating content can provide the best of both.