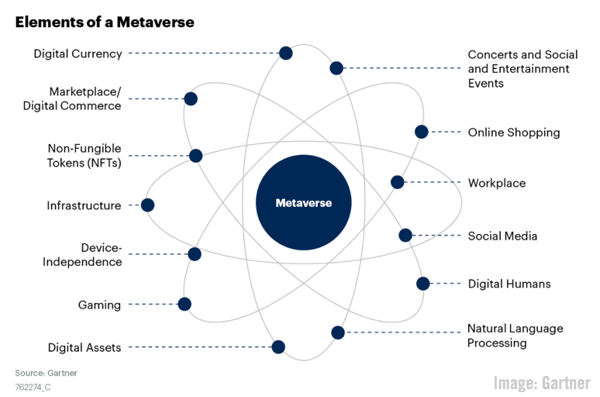 The Purpose of Content Marketing for B2B vs. B2C Brands
88 percent of content marketers say that creating brand awareness is the primary purpose of content marketing, with 79 percent noting audience education, while some 78 percent said building increased trust and credibility — three of several statistics of interest to B2B marketers contained in newly-released survey data. MarketingProfs 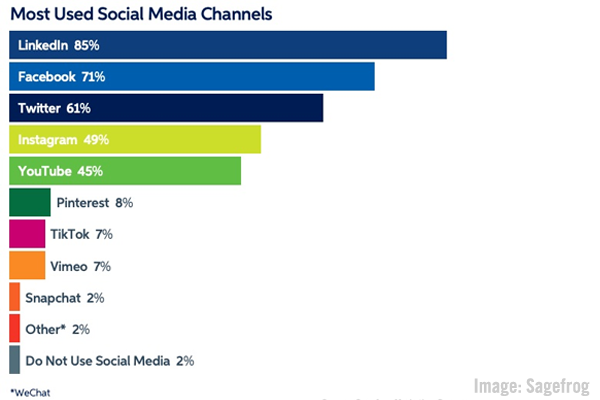 Traditional B2B Sales and Marketing Are Becoming Obsolete
Some 43 percent of B2B buyers have said that they would like a buying experience without a sales representative, with higher rates among Millennials, and The Harvard Business Review examines the rise of all-digital B2B buying and takes a look at some of today’s out-of-sync interaction preferences. Harvard Business Review

4 Ways the Pandemic Changed B2B Communication (From A Nationally-Representative Survey)
53 percent of Millennial professionals have said they prefer email communication over conversations, while 54 percent felt that email could cause miscommunication — two of several findings of interest to B2B marketers contained in newly-released B2B communication survey data. Sales Hacker 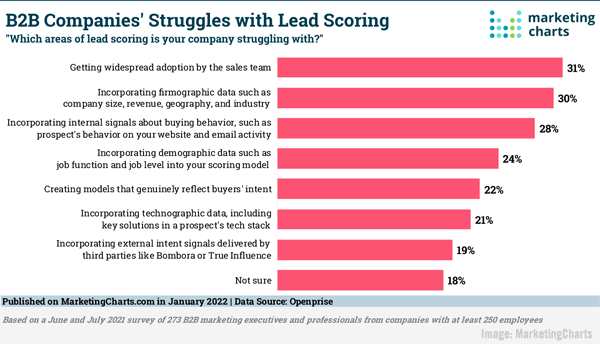 Which Contact Data Acquisition Strategies Are Most Effective for B2B Marketers? [Survey]
79 percent of B2B marketers have said that their website registration forms are the most effective customer and prospect data-gathering tactic, followed by 54 percent who said content downloads from dedicated landing pages, and 47 percent who said in-person events, according to recently-released survey data. MarketingCharts

B2B sellers deal with challenges of online customer experience
Half of B2B sellers see budget and supply chain improvements as the largest challenges they’re likely to face in 2022, with 47 percent noting that data management will be among their top issues during the year ahead, according to newly-reased survey data of interest to digital marketers. Digital Commerce 360 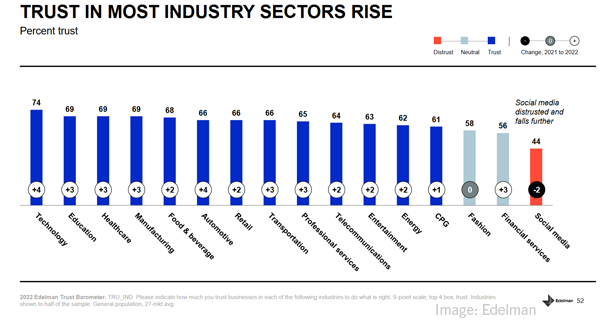 B2B Pros Worry About Leads Getting To The Right Person, Study Finds
58 percent of B2B marketers have said that they are only somewhat or not confident in their organization’s process for taking inbound leads to proper sales team members — one of several statistics of interest to digital marketers contained in recently-released survey data. MediaPost

More executives are turning to social media during the pandemic. [Report]
Some 56 percent of business executives have said that they are increasing their usage of social media due to the pandemic, with 68.4 percent expressing positive reactions to colleagues or leaders sharing industry news and content on social media, according to newly-released report data. PRWeekUS 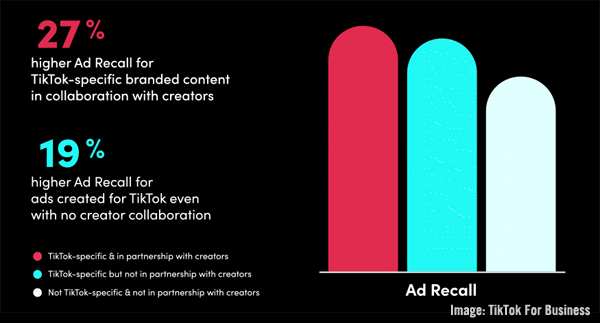 LinkedIn is launching interactive, Clubhouse-style audio events this month in beta; a video version will come this spring
Microsoft’s LinkedIn will launch a new live virtual events platform, beginning with audio-only functionality, followed in time by an array of video features for the flexible hosting and management of online events, adding to the platform’s creator features, LinkedIn (client) recently announced. TechCrunch 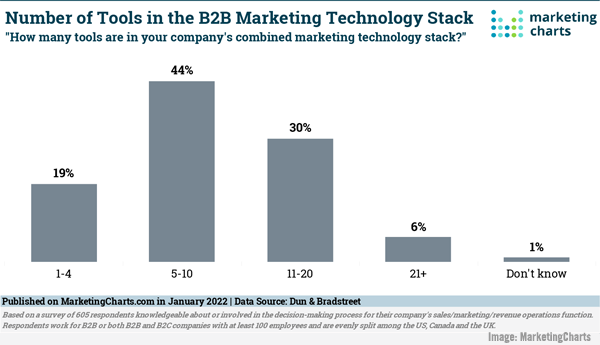 Can You Relate? Empathy-based marketing requires brands get to know the people behind the data
52 percent of consumers have said being treated with respect is a key way brands can show empathy to customers, followed by being treated like a human being at 50 percent, according to survey data also showing that listening and curiosity are more key for brands in 2022 than at any point during the pandemic, and the Association of National Advertisers (ANA) takes a look. ANA

Are Brands Investing in Social Media Communities in 2022? We Asked 1,000+ Marketers [HubSpot Survey]
51 percent of global marketers expect to build more social media communities in 2022, with some 64 percent planning to dedicate investment in social communities, while the top challenge has been managing community members — three of several findings of interests to digital marketers contained in recently-released survey data. HubSpot 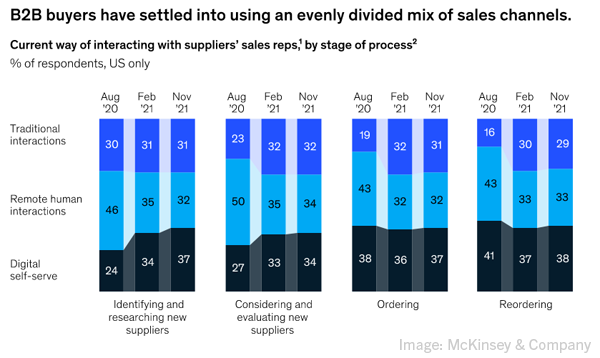 Fiddling With First-Party: B2B Firms Face Corporate And Data Integration Hurdles
41 percent of B2B brands have said they use first-party data for marketing segmentation, while 37 percent use it for sales outreach, and 36 percent for advertising and analytics — one of several findings of interest to B2B marketers contained in recently-released Dun & Bradstreet study data. MediaPost

Oracle to Buy Cerner in $28B Health Care Play
Oracle has announced that it will acquire medical records firm Cerner for some $28.3 billion, a move that will bring a vast expansion to Oracle’s health care segment and bolster the reach of both firms, following a similar move by Microsoft earlier this year, Oracle recently announced. CFO 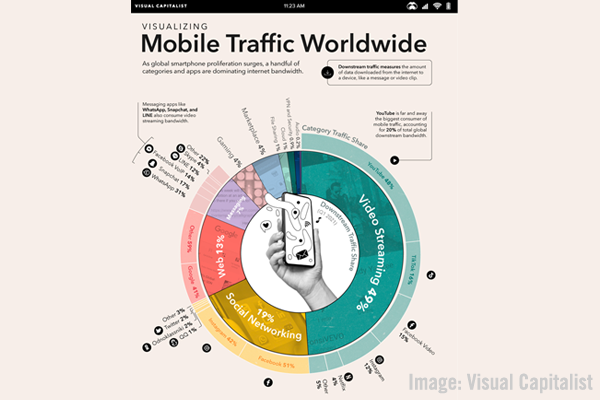 People trust ads that talk about values, not products, finds Nielsen
89 percent of consumers place word-of-mouth as the more trustworthy form of advertising, followed by brand websites at 84 percent, while humor and brand values were seen as the top drivers of advertising response rates, with value-oriented ads gaining 10 percent from 2015 rates, according to newly-released Nielsen trust survey data of interest to digital marketers. The Drum

Reddit files to take the company public
Following a 200 percent year-over-year increase in ad revenue during the second quarter of 2021, Reddit has filed to move ahead with an initial public offering (IPO), which could bolster the firm’s social platform and 52M daily users, Reddit recently announced. The Verge 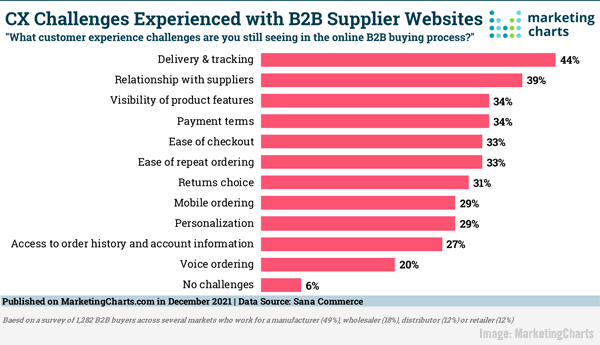 The 10 Sales Behaviors That Are Deal-Breakers for B2B Buyers
55 percent of B2B buying decision makers have said that the top quality for salespeople when it comes to making a deal is an understanding of the business situation and needs, while 40 percent said that demonstrating the return on investment (ROI) was a key trait — two of several findings of interest to digital marketers contained in recently-released survey data. MarketingProfs

LinkedIn Shares New Insights on How to Reach Gen Z Users on its Platform [Infographic]
Microsoft-owned LinkedIn (client) has released new insight into how brands are increasing reach to Gen Z, which represents the fastest-growing demographic on the professional social platform. Just 21 percent of Gen Z users on the platform have said that they feel represented in advertising, while 57 percent have said that brands should be reliable, according to LinkedIn data. Social Media Today 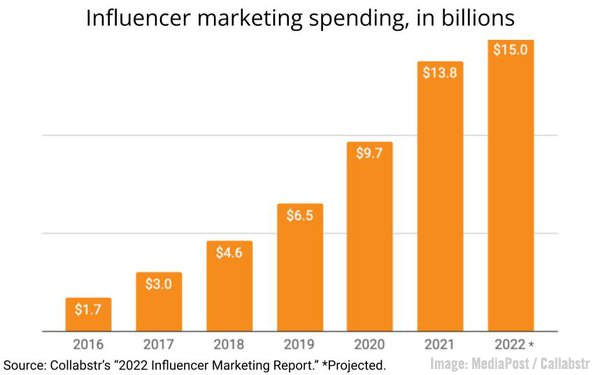 B2B Buyers Reward Brands That Focus On Six Ingredients, Study Finds
67 percent of B2B buyers have said that it is increasingly important to work with brands offering both positive social and business value, according to newly-released survey data. The report also showed that in 2021 the number of B2B buyers who find that it takes too long to purchase has increased by 28 percent over 2020 figures, to 44 percent. MediaPost

LinkedIn Shares 2022 Predictions on B-to-B Marketing, Sales Intent
Signals of buyer intent will form a new form of currency even — or perhaps especially — in uncertain times, and the importance of zero-party data has increased — two of several insights contained in recently-released B2B marketing prediction data from LinkedIn (client) of interest to digital marketers. Adweek 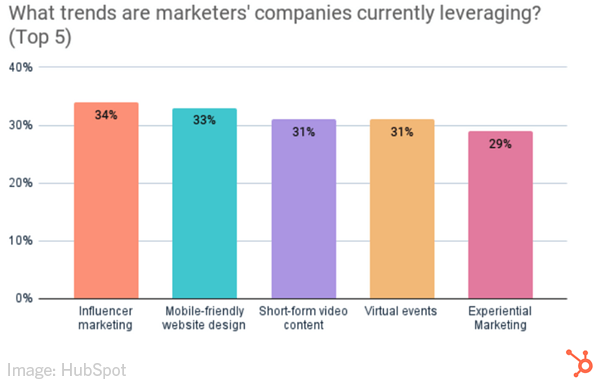 B2B Marketers Are Using A Variety of ABM Content Delivery Approaches
Some 73 percent of B2B marketing executives are currently using an agency partner in their account-based-marketing (ABM) strategy, or are planning to use one, while 91 percent have said that they use email for ABM campaign delivery — two of several statistics of interest to digital marketers contained in recently-released survey data. MarketingCharts

Google Drops The Deadline For Mobile-First Indexing
Google has shifted to an open timeline for websites to implement the search giant’s mobile-first initiative, replacing a former deadline that had been moved up since this March, allowing site owners additional time to thoroughly apply the mobile-first structure, Google recently announced. Search Engine Roundtable