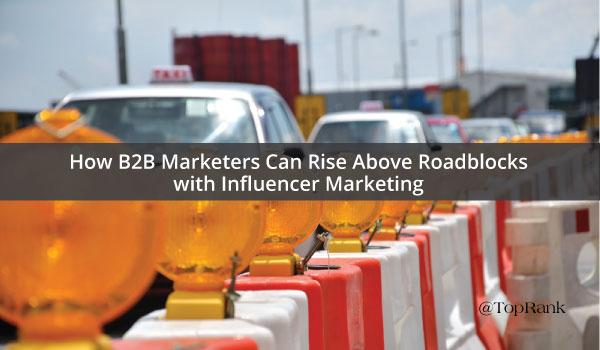 As the old joke goes, there are two seasons in my home state of Minnesota: Winter and Road Construction. Right now, we are smack in the middle of the latter.

I’m a guy who doesn’t like pony-sized potholes on my streets. So I try to make peace with the endless lane changes, reroutes, and slow-downs. But sometimes it seems like they go out of their way to mess up our routines, doesn’t it?

If you’re a B2B marketer, you may feel similar desperation looking at your marketing channels. It seems like every route between you and your audience is getting blocked or traffic jammed. Organic social visibility is way down: Each Facebook post you make will reach between 2-6% of your followers. A quarter of those who might be interested in your display ads are using ad blockers. Your content can only engage readers if they can find it, and there’s a lot of commodity content clogging the roads.

How B2B Marketers Can Rise Above Roadblocks with Influencer Marketing 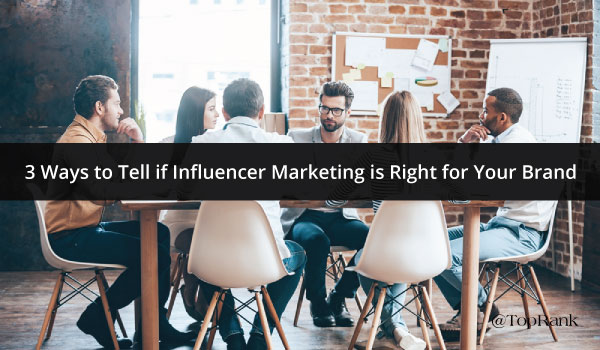 Reaching and connecting with customers in a meaningful way has become incredibly challenging. There I said it.

It’s no wonder with the sheer number of  flash-in-the-pan marketing practices have somehow made their way into brands large and small only to leave marketing teams throwing their hands up in frustration. The amount of knowledge and data that we have access to today really is incredibly. Unfortunately, it can be hard to filter out the sage advice from that which is better left undiscovered.

It wasn’t so long ago that everyone started saying: “brands need to be on social!”, so companies jumped at the chance and signed up for every social platform available (even those that didn’t make sense). Then, when people said: “we need content!”, it led to a huge boost in the amount of content created and even today 76% of marketers plan to create more content this year than the year before.

Should You or Shouldn’t You: 3 Ways to Tell if Influencer Marketing is Right for Your Brand 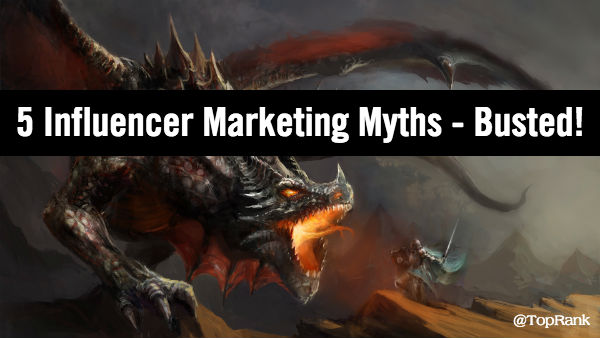 The popularity of influencer marketing has made the field ripe for opportunists to capitalize. That’s what happens when new trends emerge into mainstream marketing: advice and experts start popping up everywhere.

Some of that advice is good, some is suspect and plenty is just pure mythology. Like a dragon – just as mythical but also potentially dangerous to your marketing.

Fantastic tales of fame and success ala the latest marketing tactic du jour rarely lead marketers to business success. Realizing the potential negative effects of alluring speculation and misinformation to marketers, I decided to take the pulse of our community on what the most common and dangerous myths about influencer marketing are. 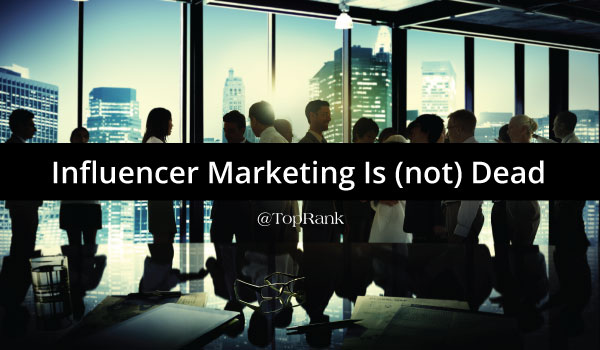 What’s a marketer to do? We heard that influencer marketing was the next big thing. We heard about companies getting amazing results with it. But it seems you can’t go anywhere online recently without seeing headlines like this:

Note the social shares on those two articles: 242,000 for the first one and nearly 50,000 for the second one. If influencer marketing is burning down, that’s a lot of people standing by with marshmallows to roast.

But don’t panic. These two articles, and many more like them, refer to a specific kind of influencer marketing. Generally speaking: the bad kind. Specifically, the practice of writing massive checks to teenagers with a lot of followers on Instagram or Vine in exchange for product promotion. That particular economy, which converted cash to “influence” or “awareness,” was pretty much doomed from the start. You’re in trouble any time you convert real money to something fundamentally unmeasurable.

Influencer Marketing Is (not) Dead: How to Breathe New Life into Your Program 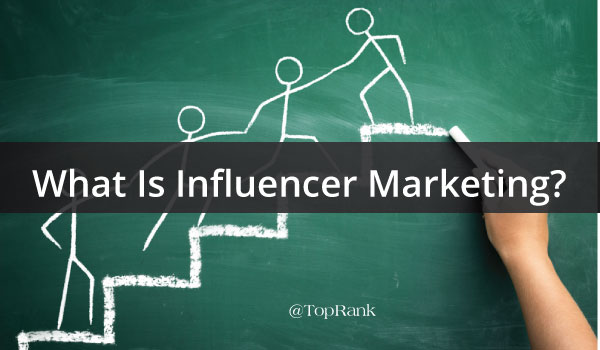 Content marketers are facing their most daunting challenge yet. We survived the content glut with solid, documented strategy. We have made great strides toward properly measuring and attributing our content marketing ROI. But the next big bad is even bigger and badder than those obstacles: It’s the Fearsome Social Media Algorithm.

The Algorithm Monster already turned our Facebook streams into trickles. Now Twitter and even Instagram are falling under its spell. The once mighty organic platforms are becoming increasingly pay-to-play. Can marketers beat these algorithm-based feeds to get our content to our audience?

Yes, we can. But we can’t do it alone. As the Lego Movie teaches us, everything is cool when you’re part of a team. With influencer marketing, you can form your own team to take on the Fearsome Algorithm, increase your organic reach, and create awesome content while building lasting relationships.

What Is Influencer Marketing? Definitions, Examples, and Resources 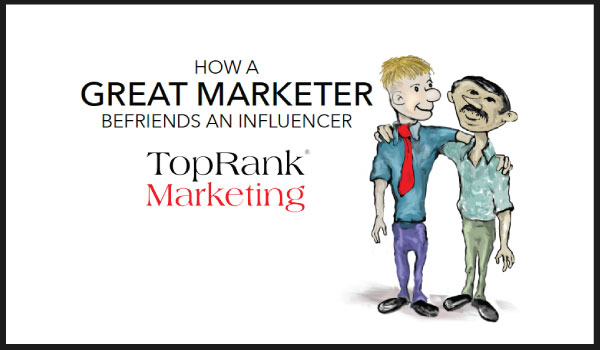 Have you ever watched a reality competition? You know, one of those Survivor-style shows that puts strangers in a stressful situation to battle for a last-person-standing prize?

Don’t be ashamed if you have. I’m a pop culture snob, but still found myself transfixed by ten seasons of America’s Next Top Model. On that show, amidst the freak-outs and tantrums, I noticed one recurring line of dialogue:

“I’m not here to make friends.”

You’ll hear it on almost every reality competition. There’s always one person who alienates everyone else with that specific phrase. Usually it’s followed by, “I’m here to win.”

The funny thing is, in all the hours I wisely invested watching would-be models snipe at each other, no one who said that ever won. Not once. In fact, they tended to get kicked off earlier than anyone else.

How a GREAT Marketer Befriends an Influencer 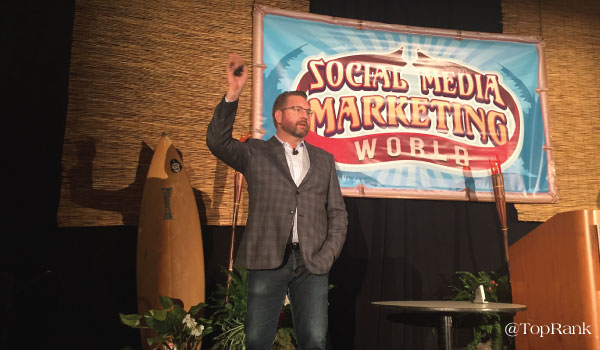 “Who is more influential to you than the people closest that you respect and trust?” – Lee Odden

In the time that I’ve been at TopRank Marketing, I’ve had the opportunity to witness first-hand how influencer marketing can be an incredibly powerful way to build credibility for a brand, and create connections with the right people.

I remember that one of my first experiences with influencer marketing was an interview that I did with Avinash Kaushik (that was of course facilitated by Lee Odden). I was overwhelmed by how humble and happy he was to collaborate with me. Why? Because Lee and the team at TopRank Marketing had found ways to feature him previously and begin building that relationship.

Learn How to Create a More Effective Influencer Marketing Strategy 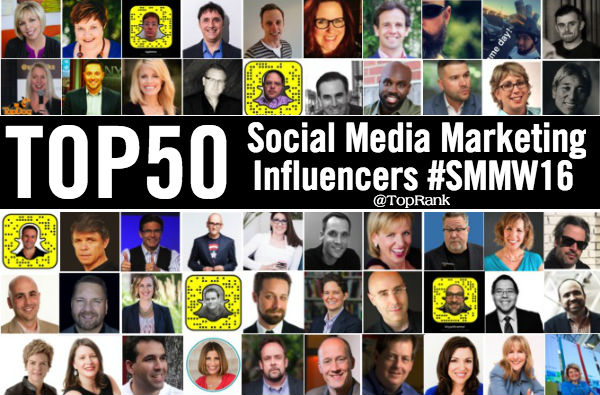 One of the largest and most influential social media conferences, Social Media Marketing World, starts this week in San Diego.

Bringing together a mix of industry experts, influencers, brands, practitioners and social media enthusiasts, #SMMW16 represents a confluence of interests about all things social media that is virtually unmatched.

At the center of the conference is the program featuring big name speakers like Gary Vaynerchuck, Guy Kawasaki and Mari Smith. There are over 100 speakers in all that will be giving presentations and imparting their knowledge.

With such a concentration of authority, expertise and industry influence, I wanted to see who the most influential speakers are, relative to “social media”. The influence of a speaker affects who follows who and can guide which presentations to attend. 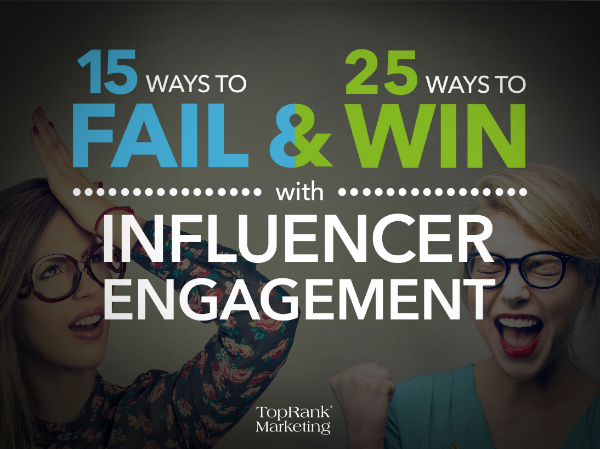 Schadenfreude (n.): Pleasure derived by someone from another person’s misfortune.

Who doesn’t like watching a good fail? As long as the subject isn’t seriously injured, we can all enjoy a hearty laugh at the guy who slips on the banana peel, the woman who gets her shoe caught in a grate, or the kid getting bopped by the family cat. Even if you’re the one who fails, you know eventually it will be a funny story you can tell at parties.

While these minor pratfalls are all in good fun, failing at influencer engagement isn’t as entertaining. Instead of a few bruises and an amusing anecdote, an influencer outreach fail can end your campaign before it starts. And there are far more ways to fail than you might imagine. 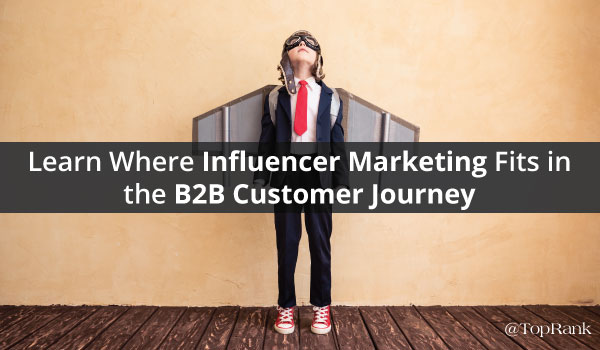 When you lose a potential customer to a competitor it can leave you reeling with questions and wondering what they did to set themselves apart and how they did it. Companies that work hard to be the best answer wherever their customers are looking and build trust and credibility early in the sales cycle are typically those that win new business when it comes time for customers to make a decision.

One way that brands can begin building trust and credibility early on with prospects is to incorporate influencers into content meant to represent different stages of the buying cycle. In fact, recent research has found that 51% of marketers believe that incorporating influencers into their marketing helps them get better customers.

Learn Where Influencer Marketing Fits in the B2B Customer Journey 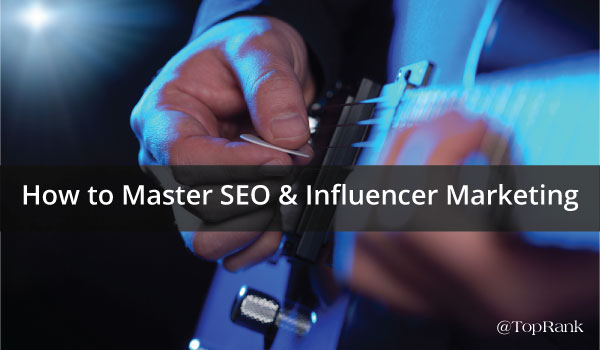 Here’s a parable about SEO and influencer marketing mastery:

I can play the guitar. If there’s no one else in the room who knows anything about guitar, I can pass for a guitarist. Give me a chord sheet for your song of choice, and I can lead a sing-along like nobody’s business. Unless there are weird chords like C#m7, of course.

Stevie Ray Vaughan could also play guitar. In his hands, the guitar seemed like a living creature. It moaned; it wailed; it could sound happy or sad or righteously ticked off. Give him a backbeat and a bass line, and his fingers could fly up and down the fretboard, no chord sheet required.

So what’s the difference between my clumsy strumming and Stevie’s divine riffing? Mastery.

Embody the Form: How to Master SEO & Influencer Marketing 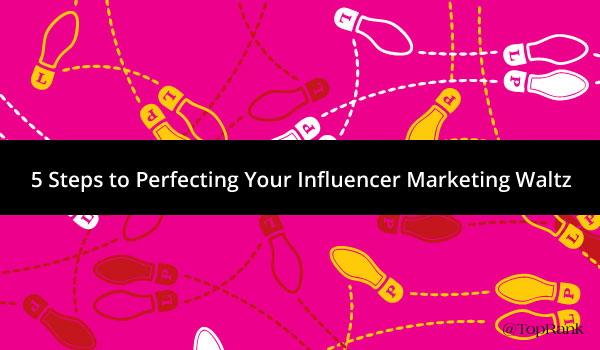 A well-performed waltz can move those watching it unfold on the dance floor. The audience can get caught up in the seemingly intricate steps and the flow with which the dancers move.

However, one small misstep can change the entire vibe for both the audiences and the dancers. As with dancing, influencer marketing can be both beautiful, and filled with stumbling blocks.

Influencer marketing has become a much larger part of the way that successful brands approach digital marketing. In fact, a recent study from McKinsey found that influencer marketing (which falls under Word of Mouth marketing) shows an average of a 37% higher retention rate and twice the amount of sales when compared to paid advertising on its own.