Community Manager is an essential, yet still uncharted territory for many companies that are expanding their presence on the social web.  What should you know about the current state of this position?

Be sure to check out the rest of this report presented by Social Fresh.

Google & FBI: All Your Social Data Are Belong to Us 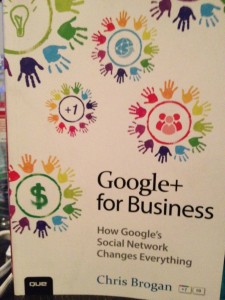 Google+ has been on the lips of every online marketing professional since early 2011.  With a base that has now passed 62 million users and the integration of Google+ into Google search, it has become clear that Google+ is here to stay.

As this new social platform continues to evolve it may be difficult to keep up with the latest trends, changes, and tactics for creating an optimized and influential Google+ profile for you and your business.  With recent events and the release of Chris Brogan’s new book “Google+ for Business: How Google’s Social Network Changes Everything” Lee and I thought it seemed a good time to compile some helpful tips of our own and some from Chris’s new book to help professionals take some of the fear and uncertainty out of using Google+.

Google+ for Business: 5 Things Marketing Professionals Should Know About Google+

Search, plus Your World

The big news this week centers around the changes that Google has rolled out related to Google+ integration with search, which as the tech press buzzing.  Google is aiming to bring users additional search functionality that is incorporated with their Google+ profiles.   The official Google blog states that “you should be able to find your own stuff on the web, the people you know and things they’ve shared with you, as well as the people you don’t know but might want to… all from one search box.” Industry observers are saying it’s too much Google+, all the time.

Regardless, it’s a new dimension on the face of search and that spells opportunity (for those optimists among us) to Optimize. Here are a few tips on Google+ optimization. Be sure to add TopRank to your Google+ circles! 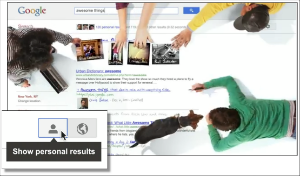 Google Personalized Search rolled out yesterday revealing a change as significant as Universal Search in 2007. Unlike the major change that brought images, video thumbnails, news and blog posts within search results for all, the Google plus Your World changes are only visibile when logged into Google.

There are many stories to be told here, from Google as a social network to the tit for tat statements Google and Twitter are making. From an online marketing perspective and more specifically, search marketing, the introduction of more Google features only available when logged in will arguably increase the number of searches done when user search terms are encrypted and not available for website owners in their web analytics. The “Unknown” category of keyword referrer for this blog has risen dramatically, which isn’t helpful for future content refinement or optimization.

“Nielsen: Top Web Destinations, Social Networks and Video Sites in 2011”  As 2011 comes to an end, Nielsen released a review of the top online destinations, social media sites, and smartphone devices.  It is no surprise that Google was the most visited U.S. Web Brand and Facebook was still the leader among social networks and blogs.  Via Nielsen. 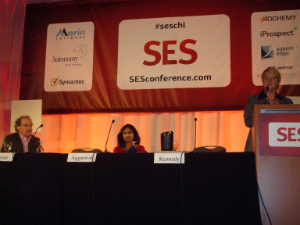 Proper execution of a local and social media strategy is still a head scratcher for many internet marketers.  The session on “Local + Social: the Future of Promotion” featuring Gregg Stewart and Benu Aggarwal at SES Chicago was a must see to answer several important questions.

Did you know that roughly 20% of all Google searches have local intent?  When you look at mobile data that number is even higher.  These statistics alone should show us as marketers how important a online local strategy is for improving engagement. 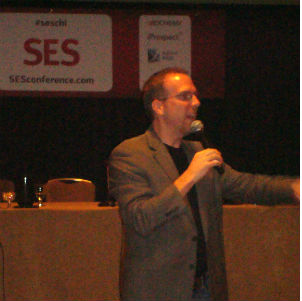 Michael DeHaven’s presentation at SES Chicago on “User Generated SEO” started with some actual user generated content from the audience. Before the session DeHaven gave 5 volunteers a bite sized Ghirardelli chocolate bar. In exchange for the treat he asked that each of the volunteers write a review of the chocolate and then share it with the rest of the audience.

What Was the Response?
The chocolate was called everything from waxy, to too sweet, messy, and melt in your mouth goodness. In contrast the packaging created by the Ghirardelli marketers was quite different, “take time to slow down and feel yourself melt with each bite.” As you can see the professional marketers took a much different approach than the consumers. 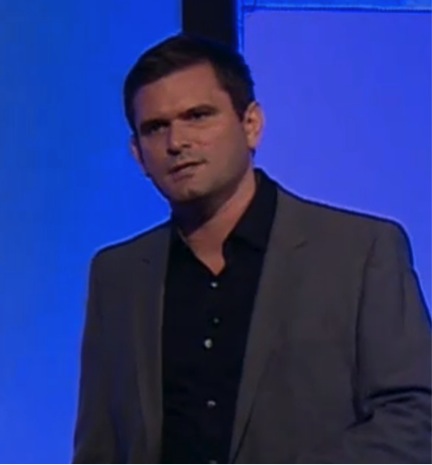 The closing keynote on Wednesday at ad:tech New York was presented by Christian Oestlien the Head of Social Advertising Products at Google.  The opening of Oestlien’s presentation featured an example of Google+’s new Hangout feature shot live at a Black Eyed Peas Concert.  Fans were given an opportunity to interact with the music sensations in real time.  Black Eyed Pea’s frontman will.i.am is noted as saying “This isn’t behind the music, this will become the music.”

Since launching in June, Google+ has already acquired over 40 million active users.  Users have also uploaded over 3.5 billion photos in those short months.  According to Oestlien the goal of Google+ for enable marketers to interact with their fan base in a way that they never have before.  When developing Google+ the team set out to see how they could influence and impact as well as improve that way that marketers are utilizing Online Marketing today.

Is it Time to Make Google+ Your Plus One? 5 Key Problems Solved by Google+ Pages @adtech NY Keynote with Christian Oestlien 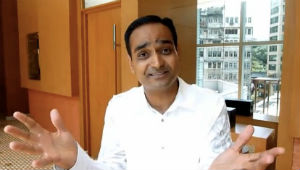 Photo from our interview with Avinash at SES Hong Kong

The morning keynote speaker for the 2011 MIMA Summit was none other than Avinash Kaushik co-Founder of Market Motive Inc and the Digital Marketing Evangelist for Google.  Avinash was a very funny and engaging speaker.  Nothing was off limits during his keynote.  Caught in the crosshairs of Avinash’s presentations were what he called “small” local companies (General Mills, 3M, etc) that dared to provide a “less than ideal” user experience.

Innovation was the topic of the morning’s keynote, ranging from which companies are a good (and bad) example of implementing innovation to proper metrics to show success.

What Are the 3 Definitions of Innovation? 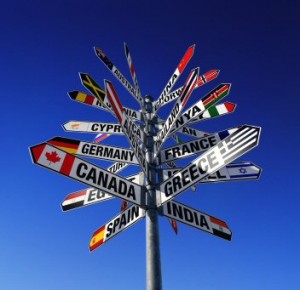 The growing Global Economy has significantly increased the number of companies seeking search marketing strategies to connect with target audiences all over the world. Many clients we work with at TopRank Marketing are either already global organizations or aspiring to deliver products and services in different countries. As a result, we routinely field questions as clients begin their journey into International Search.

Whenever possible, a country-specific domain name is preferred. i.e. companyname.co.uk 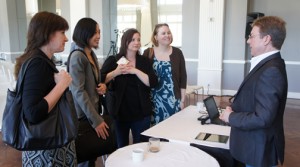 On a sunny, warm day in Minneapolis, marketers gathered near one of the city’s best attractions – LakeCalhoun – to learn about “Search and the Connected Consumer”, a view of how people retrieve information online and what that means for the future online and search engine marketing.

Mike started by educating the audience on the history of the World Wide Web and the Internet (note: they are not one in the same).

The SES New York 2011 conference wrapped up last week on the heels of one of the biggest Google updates in recent years. 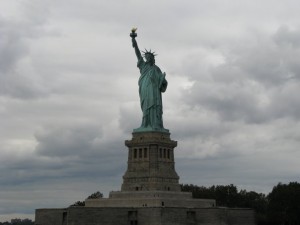 And although there was enough Panda talk to make a passerby think we might all be zookeepers, there were other themes running through the conference as well including content, paid strategies and tools, tools, tools.

Panda: The Aftermath, as it was called essentially recapped what TopRank and other content advocates have been saying along.

Create unique, quality content that is written first for the target audience and second for the search engines. It’s those who have been living dangerously – or maybe just naively – creating what’s now referred to as shallow content who likely got hit the worst.