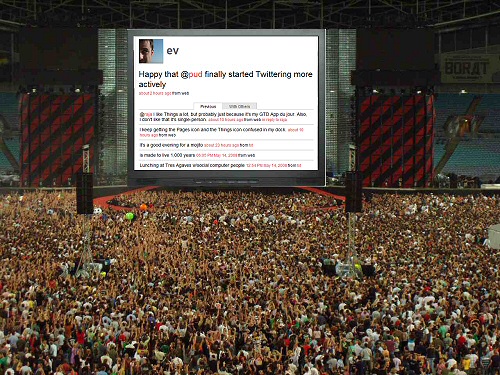 The results of our poll on how Online Marketing Blog readers use Twitter are in. We had over 220 responses, which isn’t a bad sample considering this blog is fairly niche with a modest sized (and very smart) audience. Below I’ve listed the poll results and a few comments on each.

After the keynote frenzy this morning, the session that stood out for me was “Facebook Marketing: Best Practices” with Jeremiah Owyang from Forrester Research as moderator, Evan Mager from AKQA, Holly Liu from Watercooler, Brett Keintz of 750 Industries and Stanford GSB and Kevin Barenblat of Context Optional.

Some of the key takeaways from this session were:

UPDATE: Survey Results on Top 10 Uses of Twitter are here.

Without question, the microblogging platform Twitter (follow me here) is a phenomenon many of our readers are exploring or trying to figure out. Whether you’re in search marketing, advertising, interactive marketing, journalism or public relations, there are many ways to use Twitter as a communications, networking and even a socializing tool.

Some people post the most benign information such as the mass fixation on Twittering while in airports. Others produce steady streams of thoughtful goodness, insights and links to content you simply won’t find anywhere else. Twitter can even be a productive marketing tool and if you look, you’ll find an amazing number of resources on it. 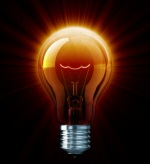 Not too long ago I queried a number of online marketing and public relations peers ranging from Aaron Wall, Matt McGee and Neil Patel to Todd Defren, Triss Hussey and Peter Himler about sharing a few of their social media marketing tips. Out of that informal survey in combination with community specific solicitations came posts about marketing with MyBlogLog and Twitter.

However, there are many more social media communities and channels besides MBL and Twitter that I received tips on and from very reputable sources which you’ll find below. Enjoy!

Todd Defren from SHIFT Communications shared two of his own posts from a series on social media: Tips on using Twitter for finding and developing relationships and another post on using Del.icio.us for PR “edgework” or direct interactions with consumers.

While that growth news is all fine a good, from a personal observation standpoint, I’ve noticed I’m not logging into Facebook much anymore. Many of the updates I get are irrelevant to my interests as more and more people try to boost their friend counts and I mistakenly (in hindsight) accept those requests.

I posted a question to Twitter about not using Facebook lately and several others acknowledged the same trend which leads us to a Reader Poll question:

A platform built on community now making more aggressive efforts to monetize that community and not being honest about it smacks of downward spiral. But that’s just me. Here are thoughts from others you might be interested in:

bub.blicio.us (Brian Solis) – Has Silicon Valley Pulled an About Face on Facebook? 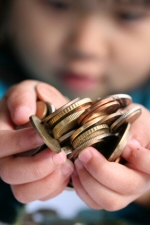 About 2-3 times a day a pitch comes in via email, Facebook message or other means asking for a mention or a link. Some are cut and paste pitches from PR reps, some are from companies trying to promote their own message and some are from industry associates that feel they have something special to share.

Even when an announcement seems interesting, more often than not a post won’t be created for it since Online Marketing Blog doesn’t really cover industry news. Unless it’s a topic that’s spot on and can help fortify a post that’s already in the works, there’s little if any chance of getting covered. As much as I’d like to give a mention and a link, I normally don’t. However if it’s really good, I do something much better.

The Currency of Social Networks

A distinguishing feature of OpenSocial is that applications will be created with normal HTML and JavaScript. Facebook requires development using it’s own markup language making the apps unusable elsewhere. With the recent $240 million Microsoft investment in Facebook and a $15 billion valuation, the stakes are very high. Some say OpenSocial isn’t really opening any doors or isn’t a threat to Facebook. What say you? 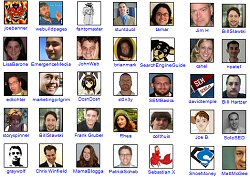 As both an active participant (first and foremost) and a consultant in the ways of social media, it occurred to me that we should engage the communities of interest we’re involved with for tips. Who better to get tips on social media from than people who are actually USING social media?

Online Marketing Blog, which has a top 50 MyBlogLog community, is fairly active and even interviewed MyBlogLog CEO Scott Rafer. Today I pinged the members of our MBL community and within a very short period of time received about 20 responses. Here are 17 that made the cut and one of our own.

Our first tip on MyBlogLog is from none other than Robyn Tippins, Community Manager at MyBlogLog and a blogger at Practical Blogging.

What Can You Do With MyBlogLog? Tips from 18 Members

By now, I’m not sure how many people DON’T have a Pownce account, but in case you do not and are interested, link here, oops :)Â  I mean leave your email in a comment below and I’ll send you an invite. I have about 30 or so. After that, the Pownce invite giveaway is closed.

For the uninitiated, Pownce is a microblogging format similar to Twitter where you can also share files. 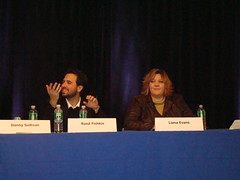 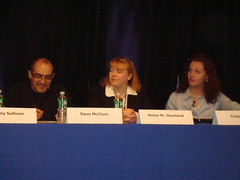 When you have all the social media essentials, and you know that you need to be social and active in your social networking communities, how do you effectively leverage that to benefit yourself (and your company)?

The speakers in this session on SMX Social Media Day 2 gave the audience tips and recommendations on how to best use social networking, specifically Facebook, LinkedIn and MySpace, to make yourself known in the networking world.

Dave McClure of 500Hats spoke first with a fun tutorial on Facebook. Facebook is great for promoting events and for joining groups to share your brands and ideas and products to those interested in your industry. One of the main characteristics of Facebook that Dave focused on was leveraging the news feed in Facebook.