Pummeled with work, I did not get down to the conference right away this morning. And no, it wasn’t for any of the reasons you might be thinking. I was in early last night – at least for New York. I did hear that some people were out til 5am though. That’s far too much fun for me.

I ran into so many great people on the way to the speaker room to register it took over an hour. Getting to the press room was no different (right next door). One of the great things about conferences is the networking. Although I didn’t think it was possible, networking can seriously get in the way of attending sessions.

Speaking of sessions, for play by play session coverage, be sure to read Search Engine Roundtable. 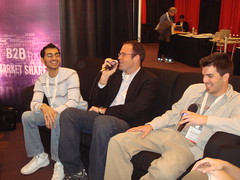 I did make it to the exhibit floor to meet with a few companies, take some photos and do a few interviews. I was also on Webmaster Radio’s “Rush Hour” hosted by Neil Patel and Cameron Olthius which also included Loren Baker of Search Engine Journal. This was a bit of a “rush” for me as my very fist time being interviewed on Webmaster Radio was just last week with Jim Hedger on “The Alternative“. In both cases we talked about social media, especially about social bookmarking which is the session I’m doing tomorrow with Graywolf, Stuntdubl and the Princess.A few folks I ran into on the show floor: 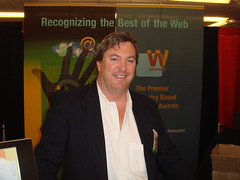 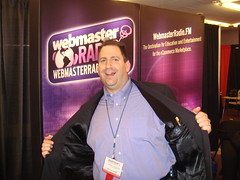 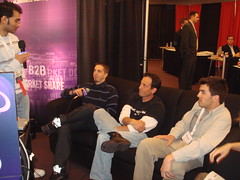 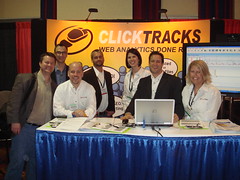 Here’s John Marshall and the team from ClickTracks. 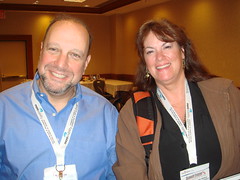 Larry and I went out to dinner at a seafood restaurant a few blocks from the hotel and it was exceptional food with very impressive service as well. Getting to spend an hour or two with a guy that has as much experience with marketing online as Larry does, was priceless.