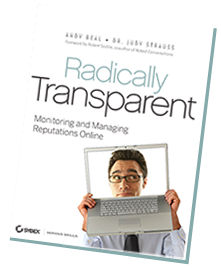 In the film Hollywoodland, Adrien Brody plays a private eye tasked with determining whether TV star George Reeves, famous for playing Superman, did indeed commit suicide or, as his mother suspects was murdered. Brodyâ€™s character remarks that if the biggest headlines are insisting that Reevesâ€™ case is indeed closed, the only way to reopen it is to sway public opinion to the motherâ€™s side by manufacturing their own headlines, simply too large to ignore.

In approximately fifty years, we as a culture have moved from the necessity to create large, mass media headlines in order to sway public opinion, to the ability to create small, targeted online posts – incredibly more far reaching, helpful, or hurtful, to a reputation than was ever before possible. When applying this concept of reputation management to a large corporation, whose reputations are the lifeblood of thousands of employees, this is something that cannot be taken lightly no matter how much good will is seemingly stored.

Take for example, JetBlue, the first firmâ€™s reputation management disaster covered in this book. Without peeking, what is the first thing that pops into your mindâ€™s eye when thinking of JetBlue?

Or is it the image of a nightmarish experience of being trapped on a claustrophobic tube stuck to the tarmac in an ice storm for 10+ hours, with no food, toilet or explicable reason why youâ€™re not allowed to get off the darn plane?

Despite JetBlueâ€™s best efforts, including public apologies on major news outlets â€“ straight from an old school PR playbook â€“ they simply could not connect with an audience they had built up no existing relationship with. The large headlines they sought â€“ and achieved – in a desperate effort to repair their tarnished relationship, were no match for the far more prevalent, and smaller headlines holding more sway over their targeted community.

JetBlueâ€™s case is not unique. Word of mouth, seen on a much larger scale online, will always be influential â€“ and their will always be plenty of good and bad to go around. What JetBlue failed to understand, and again, this is not unique, is how vital it is for a corporation to have a good foundation, or network built in advance to combat a tsunami of negative word of mouth as soon as possible.

Take the case of Aquafina, also profiled by Beal & Strauss. Aquafina proactively built its own MySpace community, complete with 11,000+ dedicated friends and loyal followers. Later, when potentially damaging news broke that Aquafina was less a source of effervescent refreshment from the land of sky blue waters, or some such nonsense â€“ than, essentially – filtered New York tap â€“ it had little to no effect on their overall business performance.

This book proves most invaluable in outlining methods for proactive management and reputation repair:

In the end, reputation management boils down to ensuring people like you â€“ ideally, enough to want to do business with. With online reputation management, firms have the unprecedented ability to be liked, or disliked by a vast number of people â€“ and the choice is becoming more and more up to them.

Beal & Straussâ€™ book is a vitally important study, both for those looking to refine, as well as those just learning about, how to best manage an online reputation.