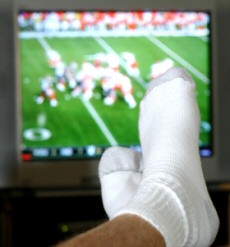 While I am presently an offline/online media relations guy, my background spans a variety of media and tactics. As such, I have always been fascinated with the phenomena of SuperBowl advertisements. What other event allows you to generate buzz simply by making a media buy?

When it comes to search, it is nearly useless to play Monday morning quarterback with SuperBowl advertisements. Whether Budweiser had a funnier ad than FedEx is not necessarily relevant to our world. But in order to determine whether companies maximized their $2.7 million investment, it is important to assess the lasting impact on searches for their products.

In a trend that is sure to continue, many companies endeavored to drive traffic to their website in hopes of generating online buzz. Godaddy.com was certainly the most explicit about this tactic, sending viewers online to catch a racy â€œforbiddenâ€ ad featuring NASCAR sensation Danica Patrick.

An immediate analysis would have declared Godaddy a winner, with two million hits to their website immediately following their advertisement. Unfortunately, the hype didnâ€™t last. Disappointment with the not-so-racy-as-advertised advertisement turned into negative buzz, and nobody is talking about the ad today.

Even if the end product had been more effective, how would it have helped Godaddy? One of the benefits of purchasing a SuperBowl spot is that people search for their favorite ads the next day. Thus, Godaddy will become more closely associated with Danica Patrick. It is not clear to me how this drives their business model, which is to sell domain registration services.

When it comes to failure to capitalize on post-game searches, however, Gatorade stole the show with an absurd ad featuring a dog drinking out of a dish. In addition to being confusing and devoid of a punch line, the ad could only compel you to search for â€œdog bowlâ€, or â€œdog drinkingâ€ to try to find the ad. Unless Gatorade is doing battle with Petsmart, this represents a wasted opportunity. Basic rules of brand compliance apply to the search world as well.

In fact, I would argue that the night emerged with only one clear victor. Tideâ€™s â€œTalking Stainâ€ ad, which featured a shirt stain literally drowning out a prospective employerâ€™s list of accomplishments, was a masterpiece. Entertaining enough to be memorable, and smart enough to speak to a male audience, the ad was hailed as a smart, brand-savvy winner.

The sheer quality of the ad generated continues to drive Online searches, and the search engine path to finding it aligns with Tideâ€™s business model here. Anyone unfortunate enough to need a search for â€œshirt stainâ€ in Google will see the ad on the first page of searches. Happen to have an interview coming up? Want to know how to fix that nasty stain out of your fancy suit? A search for â€œstain Interviewâ€ yields numerous references to the Tide Stain Stick. Quite a feat considering Spray nâ€™ Wash has had a similar product on the market for quite some time.

In short, the campaign plays into the way people truly interact with the web.

5,500 customers have taken their hand at crafting their own talking stain ads, via an online contest sponsored by Tide and powered by YouTube. Thatâ€™s 5,500 forceful brand advocates with strong communication skills. In addition to the hundreds of thousands of YouTube clicks on the ad itself, the official parody site has become one of the top 50 most subscribed channels on YouTube, with nearly 500,000 clicks on the top ten videos alone.

Is it selling Tide Sticks? You bet it is. The pack of six Tide Sticks is the number one selling stain remover on Amazon, and outsells even the brandâ€™s familiar powder detergent.

Given Tideâ€™s recent success, rest assured that companies will endeavor to emulate the model. Expect silly viral campaigns, contests and the like, to abound in the wake of the 2009 SuperBowl as agencies look for ways to justify tremendous financial investments in their work.

My prediction: The Patriots win, and most of these companies fail because they have yet to understand how people interact with brands online.