This week might as well be called “social media week” with the NewComm Forum, SMX Social Media and the Web 2.0 Expo all happening at pretty much the same time. Companies worldwide are trying their best to make sense of the emerging landscape of social technologies and the new book, Groundswell, from Josh Bernoff and Charlene Li of Forrester does a fantastic job at just that. 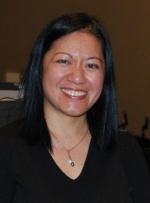 Charlene Li is Vice President & Principal Analyst at Forrester Research covering social computing and technologies. She is undoubtedly one of the most often quoted analysts on all things dealing with social computing and commerce on the web. After reading a review copy of “Groundswell – Winning in a World Transformed by Social Technologies” I’ve been referring every chance I get. Following is an interview with Charlene about the book and her insights into key questions for companies trying to demystify the social web.

With the book coming out May 1st, can you offer a little about what the concept of “groundswell” is all about? Please describe the Social Technographics Profile, its genesis and what goals do you intend to accomplish with the book?

“Groundswell” is the social trend that happens when people start connecting with each other via social technologies. The result: they start getting what they need from each other, rather than from companies. That’s incredibly disruptive to businesses who adhere to traditional ways of managing and marketing.

The goal of the book is to put in one place the frameworks, data, and case studies that can help companies not only deal with, but thrive in the groundswell. Here’s an example: One of the key problems companies have is that they don’t understand how people act in the groundswell. To that end, we created the Social Technographics Profile, which categorizes the way people participate into six areas, ranging from Inactive and Spectators to Critics and Creators. The profile helps companies understand HOW people are connecting with one another and the extent of their participation. You’ll want to craft a different social strategy if you have a target audience that has a higher proportion of Spectators than Creators.

So much of social technology and media engagement is centered on listening – not something many people, let alone companies, are very good at. What are some of the significant corporate cultural shifts and behaviors that you see as necessary to understanding, energizing and embracing the groundswell?

We lay out in the book five key objectives that you can achieve by tapping into the groundswell: Listening, Talking, Energizing, Supporting, and Embracing. All of these activities are being done today, but as you say, they aren’t always effective and in many ways, some existing techniques are becoming obsolete. Companies need to realize that they have to give up control — or as I like to think, the semblance of control — in order to engage with the customers and employees in the groundswell. It’s really, really hard, and most companies don’t “get it” initially. And even if you do get engaged, you’ll constantly be making mistakes and learning along the way.

So we offer a few words of advice on how to do this:

The ROI of an executive’s blog like GM’s Fastlane that you give in the book is pretty compelling. What are some of the most creative examples of large company blogging efforts that you’ve seen? Are there up and coming executive or CEO blogs that you can point out?

While GM’s blog features a top executive, that’s not always the best route to follow. Forrester’s own CEO, George Colony, has a blog and he has publicly discussed how hard it is to do this. That said, there are several company blogs that I find particularly good, and they are all unique to that company. The reason I like them so much is that they really suit what the company is trying to do.

Clever and nimble companies that have successfully leveraged the internet and marketing online have become formidable alternatives to larger, legacy competitors. It would seem that those companies that can best adapt to and engage social technologies like blogging, reviews, social networking and media will gain even more of an advantage. What advice do you have for companies with a “wait and see” perspective?

Don’t wait too long! Some companies think that they can wait until the technology is “proven” or when it becomes “safer” to engage. They want ample “proof” that these technologies work and that there is a proven ROI associated with these efforts. I think it’s a cop out, a way to dismiss these technologies as experimental and early, rather than taking a closer, deeper look to understand the power they bring.

Adapting these new technologies is really, really hard work, so any company that does have a “wait and see” attitude is going to behind the curve in another year or two. They don’t have to get involved in a big way, but make sure that there is are a few people who are at the least LISTENING to the groundswell of your customers and employees with these new technologies. You can’t go wrong by listening, even if you’re not actively engaging. Otherwise, you’ll miss the markers of when it’s the right time and place for you to jump in.

What are some of your favorite examples of companies who have embraced the groundswell either as part of an external communications/conversation strategy or for conducting research for internal purposes?

In the book, we do a thorough case study of Dell — this is the company that went from Dell Hell and flaming notebooks to being our poster child for embracing social technologies with their customers. Internally, I think that Avenue A/Razorfish is doing a good job, ranging from a CEO blog (internally focused) to the use of wikis and social networks to connect far-flung employees.

Social media mistakes and mishaps like the fake “Walmarting Across America” blog and Kryptonite Locks avoiding public dialog are tired. Do you have newer examples where companies really missed opportunities? Target ignoring bloggers comes to mind. What about companies that missed out and recovered like Dell has?

Mistakes and mishaps are a given in this space — we all constantly make mistakes in our relationships, and in most cases, we recover. Case in point with Dell and even Wal-mart is coming around. I give Wal-Mart a lot of props for continuing to engage the groundswell (remember The Hub?). Although they keep falling in their face, they know the importance of the groundswell and learn with every misstep. Their latest blog, checkoutblog.com, is doing very well. It’s written by Wal-Mart buyers — people who buy the gadgets, games, movies, and green products for the company. Not everyone agrees with the decisions made by the buyers, but the discussions are about the topics, not whether Wal-mart is doing a good job with the blogging.

At a recent PR conference where the average audience age was likely 40-ish, famous blogger Robert Scoble gave a keynote presentation which was enthusiastic in both it’s geekiness and gadget use. It was also overwhelming to the non-geek audience, with many feeling lost in a ever growing high tech world. Do you believe Baby Boomers will “be assimilated” by the groundswell or will their world not be so transformed?

While I love Robert, he’s an outlier by any measure! Baby Boomers are definitely a key part of the groundswell — our data shows that 39% of Older Boomers (ages 52-62) and 30% of Seniors (age 62+) are what we call “Spectators” in the groundswell, meaning that they do activities like read blogs, listen to podcasts, or watch user-generated video. There aren’t as many that are “Creators” (just 8% and 5% respectively) but I think that is going to change — slowly. They are less likely to have friends online, less likely to have content and services geared to them, and less likely to driven by a need to use these new technologies. But as social features get woven into mainstream Web sites, you’ll see Boomers participating in droves.

If you could be a social technology, which would you be?

RSS/XML. Nobody would know who I am or what my initials mean, but I make everything work together. I’d be the foundation of mashups, social applications, and widgets. Without me, the social Web would grind to a halt.

If you’re attending the Web 2.0 Expo in San Francisco this week, you can see Charlene present on, “Creating a Coherent Social Strategy for Business” on Wednesday morning.