How do you measure something that seemingly cannot be measured?  For example, how much do I love this little guy here who answers to the name of Clark: 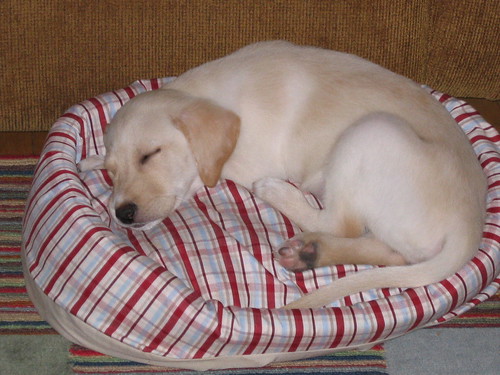 And how much does this same little guy hate, just hate I tell you, taking a bath: 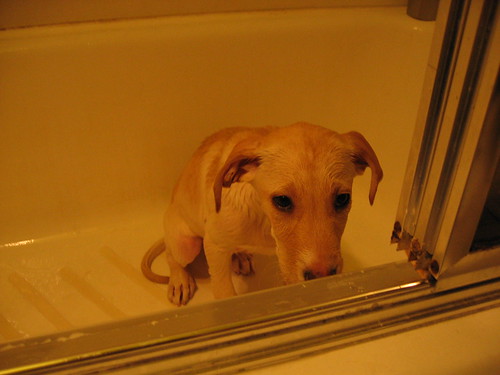 In both instances, it’s as wide as my arms can go.  So how can we analyze it?

That was the question Katie Delahaye Paine, CEO of KDPaine & Partners, and Shonali Burke, Consultant with ABC, sought to answer in the PRSA Session “True Tales from the Social Media Measurement Trenches – Using Research to Learn & Improve Our Programs” – an excellent session bookend by a social media case study on The American Society For Prevention of Cruelty to Animals (See!  You were probably thinking I was just showing off pictures of my new puppy!) 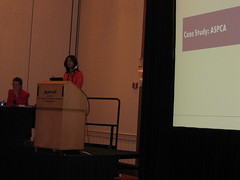 The session opened with an excellent quote from Ralph Delahaye Paine, father of Katie and publisher of Fortune Magazine, from 1960:

“If we can put a man in orbit, why can’t we determine the effectiveness of our communications?  The reason is simple and perhaps, therefore, a little old-fashioned:  people,  human beings with a wide range of choice.  Unpredictable, cantankerous, capricious, motivated by innumerable conflicting interests and conflicting desires.”

In other words, put a man on the moon?  That’s easy.  Find out why people may be interested to see it, or determine the way they would like to hear about it?  That’s the hard part.

In terms of social media measurement, the most important rule Delahaye Paine shared was to know going in what your objective form of measurement will be – define the “R” in ROI.

In the past, marketers had looked almost purely at the number of eyeballs seeing their messaging in order to indicate a message’s success.  In our social world, it goes deeper and more qualitative than that – we’re looking for the “right” eyeballs.

In a sense, does more personalized brand of measurement serve to modify our overall quantitative marketing objectives, taking focus away from sales or traffic, and focusing instead simply on chatter?  Certainly not.

The case study bookending the session was an excellent example of when social media did work in favor of larger objectives.

It also presented a lesson often overlooked when exploring new channels – nothing ever works out the way you plan.

In 2007, The American Society For Prevention of Cruelty to Animals (ASPCA) set out with the objective to increase web traffic and donors by strategically gaining mindshare in the animal welfare arena.  Social media was to be launched, tested and analyzed as a viable channel.

This, of course, was the same year two unplanned events occurred – the pet food recall and Michael Vick – ensuring that the ASPCA’s objectives being met quickly became critical.  Social media, with its ability to message nearly instantaneously and personally, went from something to be tested and analyzed, to  a major part of the game.

When the first crisis above occurred, the ASPCA listened to their channels and found exactly what it was that their users wanted, ie – were they feeding their pet safe food?

Leveraging channels such as YouTube and MySpace, pushing out messaging via traditional press releases and emails, and pulling new users in with pet food recall FAQs, they were able to see a measureable – and rapid – lift in their quantifiable objectives, correlating closely with both traditional media and social media outreaches.

When future Minnesota Viking Michael Vick (joking, I hope) reared his ugly head, the ASPCA leveraged this event to launch a mobile Animal CSI unit, with tactics including aggressive pre-pitching to the media, a live reveal on “Today”, mention in email blasts – and of course – leveraging social media channels such as YouTube.

Overall, the ASPCA experienced  an increase in web traffic of 22% during the timeframe of the campaign, and over 4000 new email contacts, via an anti-cruelty pledge on their homepage.

Again, while this campaign did not focus solely on social media, in this instance yet again, the social media results correlated extremely closely – and helped with the speed with the ASPCA matching their overall marketing objectives.

The lessons here were two-fold:   when analyzing your marketing mix, look for correlations in your ROI with the tactics being deployed, and if your overall objectives are/aren’t being met, look to see whether the personalized objectives established for each tactic are excelling/lagging.

When looked at it through this prism, even the newest techniques will be subject and accountable to a brand of measurement.