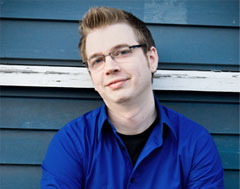 Dan Zarrella, a self-described “social media marketing & viral marketing scientist” lives at the intersection of social marketing and web development.  He’s known for conducting experiments with Twitter, compiling data behind the social web, creating interesting web applications and blogging.  And now, he has released a book.

Dan’s book is called “The Social Media Marketing Book” and is aimed at helping those who are new to social media marketing learn the basics.  The content is well-written and outlined into clear sections.  Those just getting into digital marketing will find it to be a good starting point in their journey.

To learn more about the topics discussed in the book, Dan was nice enough to answer a few questions for Online Marketing Blog readers.

1)  You’re a self described “Social Media And Viral Marketing Scientist.”  Can you tell us the story behind that title and define it for us?

In the current social and viral marketing landscape there’s a lot of what I call unicors-and-soft-focus-rainbows advice. “Experts” telling people what feels right or sounds good. Suggestions like “engage in the conversation” which sound great as soundbites, but aren’t based in real hard data or evidence. I take a much more analytical approach to marketing and strive to answer questions with science, statistics, experimentation and real data.

2)  The Social Media Marketing Book is tailored to those new to digital marketing and is a great intro for those just getting involved.  As someone fluent in social media marketing strategies, any reason you chose to reach out to this audience as opposed to seasoned pros?

Its not going to be my last book, so I think a book for beginners was a good start. And I noticed that with a lot of the other introductory books theres a lot of “theory” and high-level thinking, this book is designed to be much more tactical and hands-on. Its like a cookbook that will teach you the basics of how to actually get started marketing your brand or product in social media. 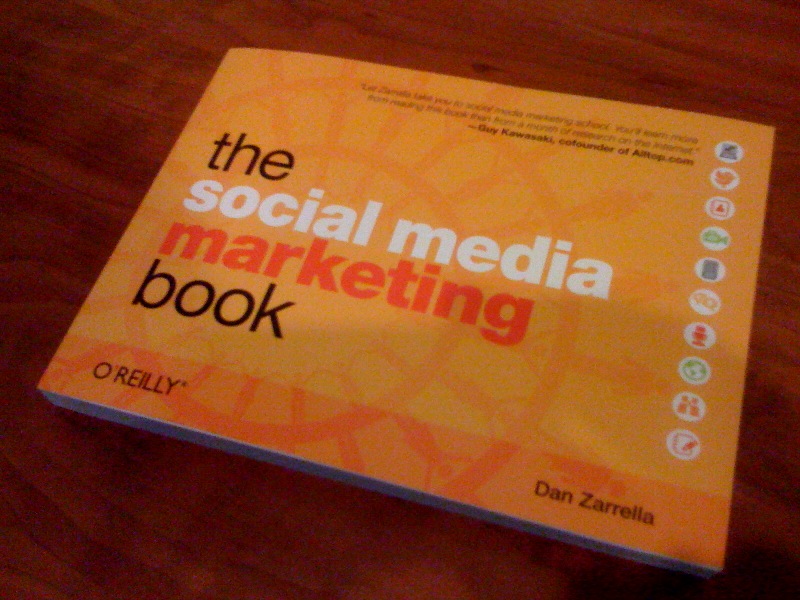 3)  Much of the book outlines how to use social web tools effectively.  As both a developer and a marketer you have a unique perspective:  do you think that social media applications don’t do a good enough job of showing users (and marketers) how to use their products?

A lot of the work that goes into good web apps is around making them intuitive, so that the interface itself explains how to use it, rather than requiring seperate documentation or teaching. I think this is a great approach, but with my book I wanted to give people a baseline understanding of what these tools are used for and how they’re used, so that readers know what they’re trying to get out of the tools before they really dig in and learn the intricacies of any system.

4)  You mention Digg in the book as a channel for marketers to promote the right kind of material (tech-oriented content, specifically).  But you don’t mention that Digg is a highly-gamed network with a majority of front page content controlled by top 100 users.  Even with some of the tips you mentioned, do you think marketers have a chance of making page one of Digg without relationships with power users?

You raise a great point, and you’re right, relationships with power users is key. Of course even better than that is to get a piece of your content on a well-known and trusted site and they try to get that site to the frontpage. I didn’t want to give new social media marketers a roadmap that pointed them at 100 power users with the instructions to go beg them for submissions, it felt wrong and dangerous to do that. Instead I tried to give them an understanding of how Digg and sites like it function in general, which are lessons that can be applied to a bunch of different communities.

5)  Say you’re a new digital marketer and just read the Social Media Marketing Book, have experimented a bit, and have the basics down.  What do you see as the next challenge they will face, and how can they overcome it?

The biggest challenge, I think they’ll face is learning how to incorporate social media into their daily work and life. With Twitter for instance, I know plenty of good marketers, who don’t Tweet that much, or do for a little while and then stop. Its a marathon, not a sprint and you’re going to have the best results when you can learn to integrate social media with what you’re already doing.

6)  Do you see social media as closer to PR, (influence) direct marketing, (ROI) or something else?

Interesting question. I think the debate comes down to semantics really. In my head, I think marketing should be the  driver of “influence” and PR is concerned with crisis-mangement and old-school earned media. On the web, most great earned media comes from practicing a hybrid skill set of making cool stuff and then getting it in front of the right people, and neither can be ignored. I consider myself a marketer and I think its easier to outsource marketing than traditional PR. As far as results and metrics go, I think people should see influence as a means to an end (ROI) and both are important to measure and undertand, but only one pays the bills.

Be sure and visit Dan’s blog or connect with him on Twitter.