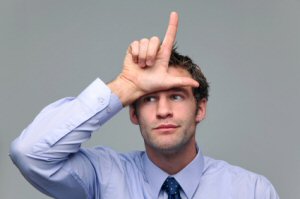 Last night I had an enjoyable conversation with Scott Monty of Ford, Jeff Hayzlett (formerly CMO Kodak), Mike Monello from Campfire and our host Bob Knorpp of the famous BeanCast about a variety of topics including foursquare, Facebook, Hulu, social gaming and even small logos. One of the topics that emerged from that discussion was the astute observation of how many companies “suck” at social media.

The current iteration of what we all call social media has been around for at least 3-4 years but apparently brands are still irrelevant on Twitter and companies continue to blunder on Facebook and show a lack of understanding of what makes social media conversations succeed at reaching business goals.

Part of the problem is that most companies are not inherently “social” to begin with. It’s not in their DNA to understand what it means for individual employees to start having conversations with the social web at large as representatives of a company personality. Marketing is about many things including connecting audiences with products they want to buy.

Marketing on the social web is less about the tradition of packaging and distributing information and more about companies being able to connect with customers in ways that are both meaningful to those customers and to the goals of the business.

Cisco’s attempt to leverage their take on the Old Spice campaign didn’t work so well (6,900 views).  However, Brigham Young University did a parody of the Old Spice campaign and nailed it (1.8 million views). Why was that? Was it in the execution? The production? The relevance to the audience? One could argue that there is probably more resonance between the Old Spice brand and students at a University than with a company that sells routers. Just because a campaign that used social media channels worked well in one situation does not mean it’s a universal formula.

That’s a big part of the problem. Companies that are trying to understand how the social web can work for them are looking for specific formulas like we’ve been able to do with Email, Direct Mail, Advertising and even Search Marketing. The idea that a particular promotion worked for one company, therefore it should work for us too, doesn’t hold water. Companies need to figure out what works best for the social channels, media and content that best resonates with their customers.

While it’s fun to brag about, getting a viral hit on YouTube does not define success on the social web.  Creating trust, connections with a relevant community and ultimately an increase in business goals like revenue is what really matters.  The Old Spice YouTube channel not only racked up 50+ million views, but the company reported sales doubling.

To me, the issue isn’t about sucking at social media, it’s about failing.  Companies should not fear taking risks and trying new, creative ways to connect with their customers. Some of those efforts will succeed and many will suck.  Failing at social media is more about choosing NOT to:

I consider blogs a big part of social media and we’ve been blogging for well over 6 years. While sites like Advertising Age and Technorati rank this blog pretty high as a marketing blog, it “sucked” for quite a while as content and “voice” were being tested. There’s nothing wrong with testing and failing. But do so after listening and participating with the channels you’ll be engaging. Learn from mistakes, be creative, be nimble, empower employees with knowledge and resources.  Work to make your organization “be social” vs. “do social”.

Have you “sucked” at social media? What did you learn from it? How have you turned your social media failures into successes?