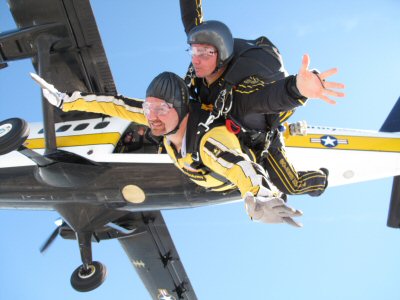 Army Strong Stories is a program to draw attention to the real life and experience of being in the Army through soldier stories communicated via media socially. Recently Greg Swan of the Minneapolis Public Relations firm, Weber Shandwick, that is behind the Army Strong Stories campaign contacted me with a compelling opportunity to create my own Army story: “Would you like to go skydiving with the US Army Golden Knights?”

Who are the Golden Knights? In 1959 13 men joined together to form the Strategic Army Corps Sport Parachute Team, to compete in the communist dominated sport of skydiving. The team performed so well that on June 1, 1961 the Army made them an official parachute team and the Knights (men and women) have been wowing audiences at air shows ever since.

Greg is a well known “social media guy” and works with the Army account for his agency. At first I was uncertain about the jump, but after looking at the competitive skydiving team’s website, YouTube channel and blog, I decided it was worth checking out.

One thing Greg didn’t know when he invited me was that I spent several years on active duty in the military. We later discovered I was stationed on the same base in Alaska as his Grandfather. My experience as a small town kid from Minnesota being exposed to a completely different world of the military allowed me to grow and mature in new ways.

My short experience with the Army exposed me to structure, challenge and reward in combination with raising my awareness of teamwork and a sense of purpose that was instrumental in the development of  things like character, integrity and confidence – All essential for success as an entrepreneur and business owner.

Also, without the Army college fund program, I would not have been able to afford a University education. So, while it was by no means a career for me, my personal experience with the Army left me a different person, better in many ways, than before I joined. It is with that backround and my interest in the Army Golden Knights’ use of social media that I accepted the offer to jump from an airplane for the first time in my life yesterday.

Disclosure: The U.S. Army paid for my transportation and accomodations in Addison, Texas where the jump occurred and I agreed to write a blog post however I wanted. 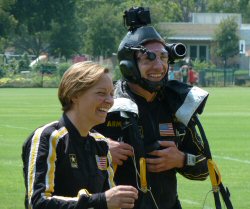 The competitive skydiving team of men and women that make up the Golden Knights are the best of the best skydivers in the world.  These men and women have many thousands of jumps under their belts and participate in competitions all over the world, making them truly unique individuals and part of a very elite group.

I watched videos on YouTube of the Knights in competition as well as the tandem jumps I would be taking. These videos included VIPs like President George W. Bush, celebrities like Vince Vaughn and well known Digerati like John Pozadzides, CEO of Woopra. This gave me a pretty good idea of what to expect. As a marketer, I’m fully aware of how effective video can be at telling a story, but being able to watch videos of the Golden Knights do what they do was equally impressive as it was confidence building in that I would be in good hands.

The Golden Knights Use of Social Media

The Knights are a publishing entity like no other I’ve seen. On the day of our jump, nearly every Army Golden Knight had still and/or video cameras on their helmets. SFC Dave Herwig was busy all day editing videos as they came in for uploading to YouTube and posting online.  The Knights clearly see content and engagement as the key to getting the word out and social media channels are a perfect distribution and community building platform to that end.

Skydiving with the Army Golden Knights

I was not jumping alone of course, there were several other digerati types like Chris Pirillo, Cali Lewis, Trey Ratcliff, Dave Curlee, Scott Ellis, Vi Kim Vu, Frederick Van Johnson, George Ruiz, Jay Batson, Pelpina Trip, John Pozadzides, and Giovanni Galluci jumping as well. Our itinerary called for us to get breakfast and meet early in the morning at the hotel and walk over to a soccer field area where the jump would occur. 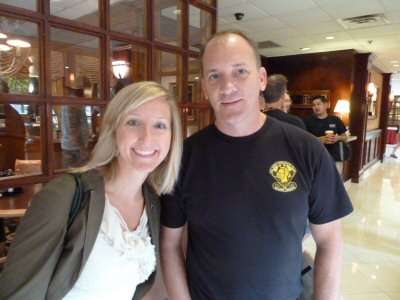 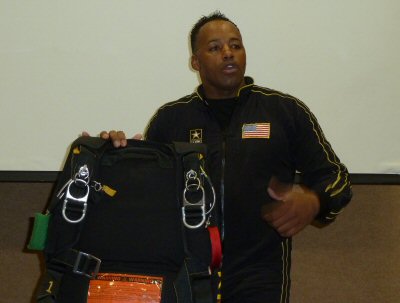 SFC Mike Elliott starts off by giving a pre-jump briefing 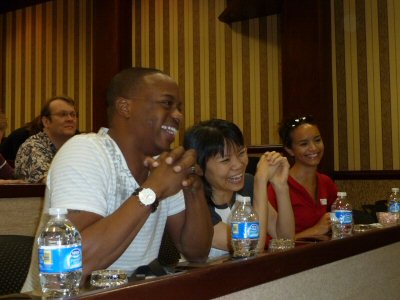 This puts jumpers like Frederick Van Johnson, Vi Kim Vu & Pelpina Trip and the rest of us at ease. 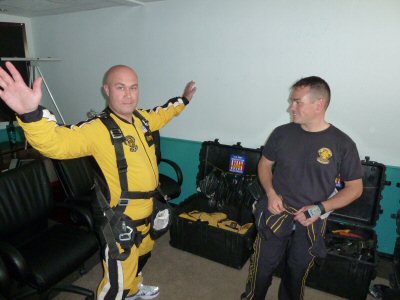 Next we suited up as Scott Ellis has done here 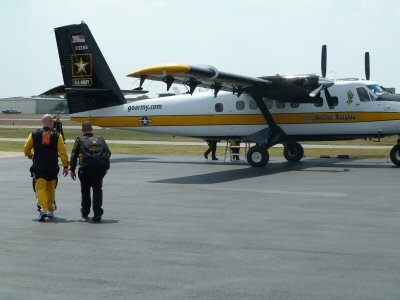 Then we headed to the plane used specifically for tandem jumps 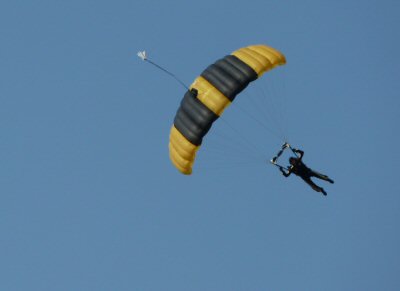 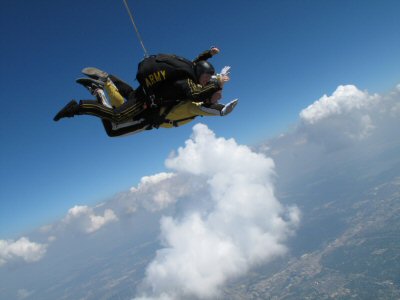 Whoo Hoo the view up here is awesome!! 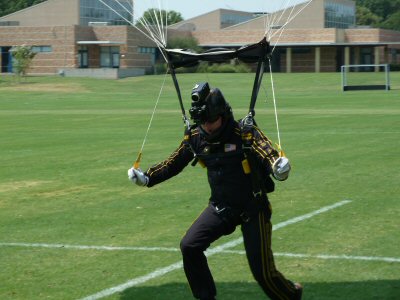 A perfect landing just 20 feet from the spectators. Amazing accuracy from 2 1/2 miles up. 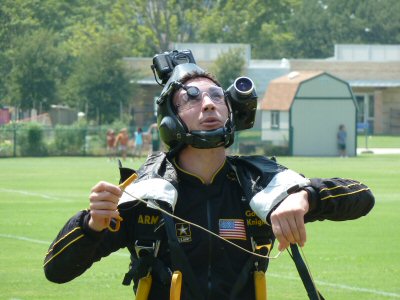 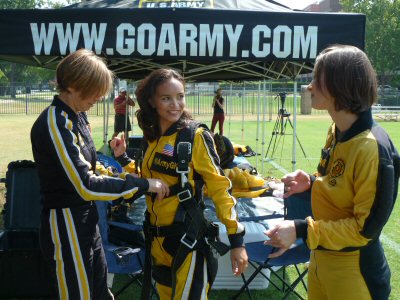 After the jump, off came the yellow jumpsuits, which were hot! Rachel, Pelpina & Cali 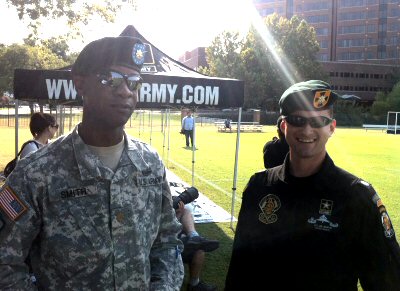 Major Smith & Lt Col Martin made sure everything ran smoothly.

I have to say, this experience was a blast. The men and women of the Army Golden Knights are true professionals and it was a priveledge to have the opportunity to do a tandem jump with them as well as learn more about what they do.

Thank you to Greg Swan and Carolyn Sullivan from Weber Shandwick for making the offer. Thank you to the U.S. Army for having me along and for all that you do for our country. Thanks to the organizers of OpenCa.mp as well for such a great event.

Here’s a pre-jump interview Cali Lewis of GeekBeat.TV did with Mike and Dave of the Golden Knights that will give you even more info about the Knights and the event:

Next up: Speaking of which, OpenCa.mp and all the WordPress, Drupal, .NET and Joomla! education you can shake a stick at is where I’ll be this weekend. I’m presenting a session on Social SEO for Blogs after Brian Clark and Chris Pirillo give their presentations on blogging. It should be a great event and be sure to watch for a few liveblog posts on some of the sessions.