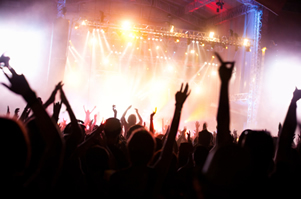 Last year I created a list of 25 Women That Rock Social Media for 2010 which was well received and appreciated. Most of the women listed I’ve come to know through involvement in the Public Relations and Search Marketing industries and also through blogging.

For 2011 I decided to create a similar list based almost entirely on recommendations from the 2010 participants. 18 of the original 25 responded, providing over 60 recommendations. Filtering and sorting that list of 60+ down to 25 was excruciating.  Those with multiple nominations took priority and other social participation factors and social media work were considered.  I also made it a requirement that each nominator would have at least one person they recommended included in this final list of 25.

Is this a list of all women who rock social media? Of course not. It’s an extension of the initial list I made a year ago and hopefully brings attention to some the many talented people doing great work in the social space.

Thank you to all the ladies who provided recommendations to make this list possible. As a result, I was introduced to some very smart thinkers and doers in the social media space and I hope you have the same experience.  Enjoy!

Alexandra Samuel – Armed with a Harvard University Ph.D. in Political Science, Alex is a social media blogger for Oprah.com & Harvard Business Review, Director of the Social + Interactive Media Centre at Emily Carr University, and a principal at Social Signal, a Vancouver-based social media agency. She also maintains her own blog.  Nominated by: @conversationage

Alisa Leonard – When she’s not modeling for the GAP, NYC based Alisa works as VP Strategy & Planning within iCrossing’s SPAR group, where she’s helped develop the social media service line and integrate with the digital strategy group.  She’s also the Communications Chair for the Dataportability Project and self-professed all-around web geek. I’ve known of Alisa via online channels for several years, meeting only once IRL at SXSWi in 2009. She has contributed her expertise on content and community as it impacts social, mobile and search for a variety of industry pubs ranging from ClickZ to Mashable. Alisa blogs at The Web is Social. Nominated by: @juliaroy

Ann Handley – Smart, funny and very social – that’s how I’d describe my friend Ann, who is the Chief Content Officer at MarketingProfs, co-author of the excellent Content Rules book and past co-founder of ClickZ.  With nearly 100k followers on Twitter and just under 200k Google search results for her name, Ann is someone that “walks the talk” when it comes to content creation and social web participation. But the rubber hits the road with numbers like this: MarketingProfs has over 300K subscribers, the largest Marketing Community of it’s kind on the web. You can get a good dose of Ann’s smarts on MarketingProfs or the numerous pubs she contributes to including Mashable & AMEX OPEN Forum. She maintains a personal blog called Annarchy. Nominated by: @kodakCB

Danah Boyd – The credentials for Boston based Danah are formidable: PhD from the School of Information at UC-Berkeley, Senior Researcher at Microsoft (past researcher at Google & Yahoo), Research Director at New Media Consortium, Associate Fellow at Tilburg Institute for Law, Technology and Society, Fellow at Harvard Berkman Center. Danah’s research focuses on social media, youth practices, tensions between public and private, social network sites, and other intersections between technology and society. A prolific writer (400k+ Google name SERPs), she publishes a blog at apophenia and is a fan of all things fuzzy. Nominated by: @conversationage

Deborah Ng – With substantial credits in professional blogging and social media consulting,  Deb sold her network of blogs last year and now works as Conference Director for BlogWorld NY and LA conferences. That’s like herding cats AND dogs. She’s also the Author of Online Community Management for Dummies which is due out later this year.  Deb publishes a blog at Kommein. Nominated by: @dbreakenridge

Francine Hardaway – Helping entrepreneurs succeed as co-founder of Stealthmode Partners is one of many of the super connected Francine’s passions.  Based in Phoenix, where she helped get the local Social Media Club up and running, Francine has helped over 400 CEOs and founders with technology and social media and has worked with companies ranging from Intel to Flowtown. She’s an accomplished consultant, speaker and writer with substantial connections in Silicon Valley and Arizona. Francine publishes a blog at Stealthmode Blog.  Nominated by: @charleneli & @whatsnext

Gini Dietrich – This smart and snarky CEO of  Chicago based Arment Dietrich is an accomplished, author, speaker and communicator through her work developing social media strategies and consulting, social media training and speaking. With 77 recommendations on LinkedIn, she’s making quite an impression. Besides being very active on the social web, there’s a rumor that she’s an avid cyclist, foodie, lover of shoes & wine but not necessarily in that order. Gini’s famous blog, SpinSucks, is known web-wide (and also has a pro version).  Nominated by: @shonali & @BethHarte

Jennifer Van Grove – As a startups reporter on Mashable, Jenn’s stories are often syndicated to CNN, Forbes, USA Today and Yahoo News. Based in the San Francisco Bay Area, Jenn’s a social media starter, having helped develop social media reporting for the NBC San Diego newsroom, organized the San Diego tweetup and consulted with companies on social media strategy. Jenn publishes a blog on Posterous and a social hub. Nominated by: @prsarahevans

Jill Foster – This D.C. based founder of LiveYourTalk is also founding editor of WomenGrowBusiness.com a social media and marketing blog for women hosted by Network Solutions. Jill has been cited in The Washington Post, Huffington Post, Guardian UK, Washingtonian Magazine and others. Her work as a speaker coach for techies (and numerous social media types) has produced an impressive list of testimonials.  An Executive Board member of DC Web Women and social tech enthusiast, Jill co-founded DC Media Makers, a peer learning community that teaches digital technology. Nominated by: @kamichat

Kristi Hines – It’s entirely possible you’re familiar with the name Kikolani and the blogging / social media enthusiast behind that excellent resource: Kristi Hines.  Kristi is a web strategist and freelance writer with credits at Social Media Examiner, Search Engine Journal and her employer, Vertical Measures. She’s active on the social web (Facebook, Twitter, LinkedIn, YouTube) as a social media marketing practitioner, but also as a user sharing her passions for photography, ballroom dancing and writing. Kristi is also a great curator of useful content with her Fetching Fridays feature on her blog. Nominated by: @ShannonPaul &  @MariSmith

Kristie Wells – The person I’ve known the longest on this year’s list is President + C0-Founder of  Social Media Club, Kristie Wells. Social Media Club has a global presence in 200+ cities and reaches in excess of 200,000 people across six continents – a truly impressive impact. Kristi is a long time Social Media and Community Advocate. She’s a active on Twitter, Facebook and many other places on and offline. Kristi blogs her thoughts, rants and sense of humor at Kiki’s Korner.  Nominated by: @sallyfalkow

Lisa Stone – As the BlogHer Co-founder and CEO, Lisa has had extensive influence and impact to create opportunities for women who blog to gain additional community, exposure, education and economic empowerment. The BlogHer network counts over 2,500 blogs. She’s launched blog networks and interactive programming for brands ranging from E! Television/Online to HBO’s Sex and the City and has been named one of Fast Company’s 100 Most Creative People in Business in 2010. Lisa blogs on the BlogHer site. Nominated by: @charleneli

Liz Strauss – When Liz asked me if I was a SOB a few years back, I had no idea what she was talking about. I found out pretty quickly. 🙂 As Founder and CEO of SOBCon, an annual event “think tank of the social web”, founder of Inside-Out Thinking, author of Successful-Blog.com, a prolific writer and speaker – Liz has made a big impact on the blogging and social media world, helping numerous businesses, organizations and individuals. Liz blogs at several websites, but I’ll point you to Succesful-Blog. Nominated by Lee.

Rashmi Sinha – Probably the smartest Entrepreneur (PhD in Cognitive NeuroPsychology from Brown University) ever to appear in Playboy (Top list of CEOs), CEO & Cofounder of SlideShare, Rashmi Sinha has made an impact in more ways than one. Besides running Slideshare, “The YouTube of PowerPoint”, she speaks frequently and is founder of Uzanto Consulting working with companies like eBay and AAA. Active on Facebook and Twitter, she also publishes Rashmi’s Blog. Nominated by: @charleneli

Shauna Causey – Seattle has a lot to be thankful for with Shauna as VP of Seattle Social Media Club, cofounder of Tech Mavens and Social Media Manager for Nordstrom after previously working in a similar role with Comcast. She’s also active helping non-profits with social media and PR through board memberships and efforts like Voluntweetup. Nominated by: @ShannonPaul

Shira Lazar – This media personality and journalist is creator and host of @whatstrending on @CBSNews- live Tues 10am PT.  She’s also a host on MSN and video host at Live Earth and has worked with a variety of traditional TV shows. She speaks about new media at events ranging from Mashable Media Summit to SXSW.  Active on Facebook, Twitter and YouTube, Shira manages a social hub where you can see all of her online activity. Nominated by: @prsarahevans

Stephanie Agresta – A real influenced in the social media space, EVP and Managing Director of Social Media at Weber Shandwick, Stephanie Agresta has indeed rocked the social web. She’s an author, speaker, co-founder of Techset and has been instrumental in developing digital strategies for major brands such as Microsoft, Windows Phone, PepsiCo, HP and P&G. Stephanie is a frequent speaker on social media topics at BlogWorld, SXSW and BlogHer. You can find her blog and even more credentials at StephanieAgresta.com. Nominated by: @dbreakenridge

Tara Hunt – Now here’s some serious social media firepower: CEO of Buyosphere.com, Author (The Whuffie Factor), Speaker (100+ events) and one of the most influential women in technology (Fast Company Magazine): Tara Hunt. She has extensive experience with online marketing, community marketing and is very active on the social web. Tara blogs at the famous horse pig cow blog. Nominated by: @tamar & @pistachio

Viveka von Rosen – If you’re in need of a LinkedIn Expert, Viveka brings serious expertise. She’s also a social media enthusiast, speaker & trainer. On top of that, she hosts #LinkedInChat & is the author of Linked Into Business. You can find out a lot more about Viveka at Smart Blonde Media which is a resource on social media for women by women.  Nominated by: @MariSmith

Yvonne DiVita – A very long time blogger with a specific focus on marketing to women online, Yvonne DiVita is an author, Co-Founder at BlogPaws and President at Windsor Media Enterprises. You can often find Yvonne at the famous Lip-Sticking Blog. Nominated by: @TobyDiva

Zena Weist – Previously a Director of Social Media at H&R Block where she earned national acclaim for integrated online marketing communication programs, Zena is now VP @EdelmanDigital (congrats!). She has long time agency and client side online marketing experience (16 years) and is always full of energy. Zena is a founding member of the Kansas City Chapter of the Social Media Club and blogs at Nothin’ but SocNET. Nominated by: Lee

As with all lists, not everyone will agree with it and I’m fine with that. Make sure you connect and network with this year’s honorees so you’ll have a chance of being recommended next year and better yet, you may learn a thing or two.