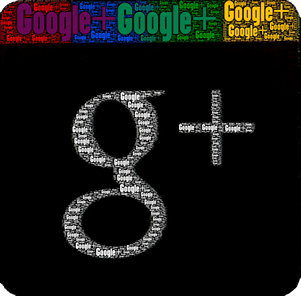 Despite starting conservatively with my personal Google+ use, I’ve had quite a few people ask me what I thought of G+ and when we’d write a post about it here on TopRank’s Online Marketing Blog.  With all the hype and past track record with Google’s social media tests, I decided to wait.  I’ve been a bit more active on Google+ as of late and strangely enough, nearly 6,000 people have decided this was worth a Circle inclusion. You can find me here: Lee Odden G+.

Rather than focus on yet another “Top Tips for G+ Power Users” post, I thought I’d write about what Google Plus doesn’t do. Or rather, what is it that I’d like a social application like Google+ to do. Maybe you’ll relate to some of these “wishes” and an interesting discussion will follow. I’m pretty reasonable on some of these, but certainly more “pie in the sky” on others. It’s Google after all, and the bar is/and should be high.

Business Pages – I know, I know, “Business Pages are coming“.  But not having a business component built into the platform of Google+ whether it’s still in beta or whether it makes sense to build a user base before opening the doors for business participation is baloney.  At a minimum, you’d think they’d be able to employ some kind of business validation and offer later migration to whatever new and officially sanctioned business offering Google+ will have to offer.    Is it really a lack of planning? Is it a ploy to create anticipation for business users?

If it was a start-up, such an oversight would be explainable, but this is GOOGLE people, with 28,000 employees and somewhere around 500 people working on Google+ specifically, I just had higher expectations.

Taking my rant hat off, I can see that Google, as a data driven company, will be able to create a more meaningful business offering based on data analysis of individual users over this first month. They can collect information about user behaviors such as discovery, consumption and sharing preferences plus ideas on monetization that simply would have been a crapshoot had a formal business offering been live from the start.

I can definitely see Google+ as a potentially valuable information distribution and engagement channel for business and am looking forward to what the business offering will look like.

As a user, I find Google+ to be a good discovery and interaction tool. It tends to slant more business than personal. It does take away time from Twitter and Facebook, but I don’t see it replacing them exactly. The user experience on Google+ is very good and the filtering as well. The segmentation of circles is really useful, but I don’t find myself using circles as much as I thought I would. I like the idea of “Facebook for personal, LinkedIn for business” more than using one platform for a mix. I guess we’ll see.  I continue to be optimistic about Google+, seeing good referring traffic from it and substantially greater time on site from G+ referrals than from Twitter or Facebook.

Someone, please tell me why a paying Google customer cannot access another free service from the same company? Look at your Google account and the myriad other Google services one can sign up for, all under one account. But not Google Plus. This really makes no sense to me at all. At least not while I have my rant hat on.

At least allow Google Apps administrators the ability to turn profiles and Google Plus on or off as a service like you can with all the other Google services and apps.

Social Monitoring,  Analytics & Reporting – Right now you get “notifications” when some one +1’s your activity or adds you to a circle on Google+. But what about all the other content interactions Google knows about?

Imagine something like Google Alerts notifications or Google+ social media monitoring for the social web at large and Google’s ability to detect others’ social interactions with you, your content or participation within social data and filter it according to your own preferences like topics, relevance, authority and recency?

In other words, a special folder in Gmail or Google+ that extends beyond notifications, to a list of interactions with social content across the web, organized, filtered and sorted, learning preferences  for continued improvement. For such off-Google engagement tracking, the recent Google acquisition of PostRank comes to mind.

I get that Google wants to keep you on Google.com or a Google web property, but there’s simply no way one company’s offerings will be able to do and be everything we need.  On top of this sort of social media monitoring at the individual level, I’m thinking there would be reporting that show trends over time.  This kind of information trend presentation is available for administrators of Google Apps so at there’s at least some kind of reference point.  Understandably, I can’t imagine a lot of casual users being interested in this, but maybe they would. I certainly would be.

Would it be creepy for Google to have all of this data? I think they already do. The opportunity is to give users access to functionality, tools and feedback so they can get more value out of the Google Plus experience. More satisfied users stay longer, share more, create more and provide Google with useful data that they can use in the context of monetization.  Certainly there are many more things we could wish for with Google+, especially when it comes to video and image sharing, but these are just a few things that have come to mind for me personally.

What do you wish Google+ would do?