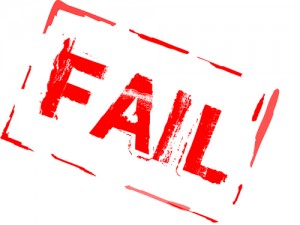 So you want your campaign to go viral…

Let’s keep in mind your business objectives, shall we? As these social marketing fails will show, campaigns may take off but go seriously sideways if companies place popularity above purpose.

Some companies can afford more risk and racier campaigns than others, yet risk in business must always be mitigated and justifiable based on the potential rewards. You might disagree with my opinion on the campaigns featured in this post, but I believe the risks should have been evident from the start and far outweighed the potential payoff.

These examples may cause you to shake your head, or enjoy a good belly laugh, but each is a fantastic learning opportunity for social media marketers.

We’ll kick off with KFC’s #IatetheBones. Fried chicken execs are literally throwing everything they’ve got at their viral tagline, which they expect to be the next “Where’s the Beef?” Launched April 14th, the campaign has invested in it an estimated $50 million budget, Interpublic’s DraftFCB agency and an Academy Award winning director for the ads. Considering this tagline is to take them boldly into their new position as a boneless chicken brand, the budget and scope are not all that surprising.

Why, then, did no one stop to consider the potential negative effects of associating a food brand with sexual innuendo and dead bodies? Worse still, did they consider it and decide it was worth rolling the dice? When you read the user-generated content on #IatetheBones, that a food brand would approve of the association puts KFC squarely in Quizno’s horrendous “2 Girls, 1 Sub” space.

Apparently the hashtag did well in test markets and inspired people to go online and share videos and comments. Unfortunately, people are sharing memes of people choking on chicken bones, or Hannibal Lecter: 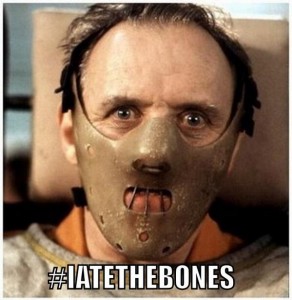 They’re resurfacing years-old animal rights videos and tagging them with #IatetheBones, making those videos appear in social search again with this new campaign. They’re blindly tweeting on the hashtag with no message at all, trying to make it trend. Is this convincing anyone to go buy boneless or think better of the brand? Probably not when they’re sharing tweets about how much fun they’re having with their chicken and dead girls: 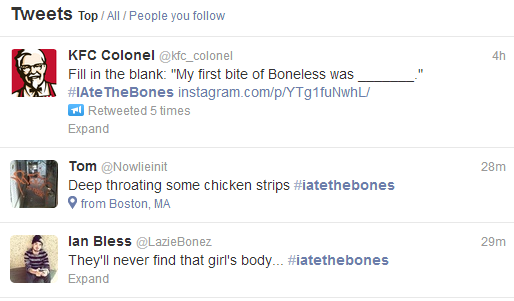 Did no one on the entire team it took to put all of this together realize or even care that “bone” invites all kinds of not-even-subtle phallic and cannibalistic commentary?

“Where’s the Beef?” worked because it’s catchy, cute and relatable. Everyone has a beef at some point. We’re not all going to eat the bones. Ya dig?

Then, I could be completely wrong. Maybe this one really will take off and KFC will have ushered in a new pop culture catchphrase as the result of their clever marketing. I still think it seems far more likely the conversation is going to continue its downward spiral, finally crashing and burning at the precise point that reading the tweets on #IatetheBones would make Tommy Lee blush.

Moving right along, another memorable social campaign fail also came from a fast food giant – THE fast food giant – by way of #McDStories. McDonalds’ campaign kicked off innocently enough, with two tweets sharing stories about their employees, food and suppliers.

The problem with viral marketing is that it takes users generating and sharing content to make it popular. As McDonald’s learned, you just never know what people are going to share. #McDStories tweets told tales of everything from throwing up Happy Meals to animal abuse to things I can’t even type as they make me a bit queasy.

Is that good branding? Is the gamble on a viral tagline worth potentially damaging your brand to the point people are still talking about the episode over a year later? I’m guessing in McDonald’s case, their sales didn’t suffer too terribly, though you have to wonder if their investment was money well spent. McDonald’s later admitted that “#mcdstories did not go as planned.” Fail. 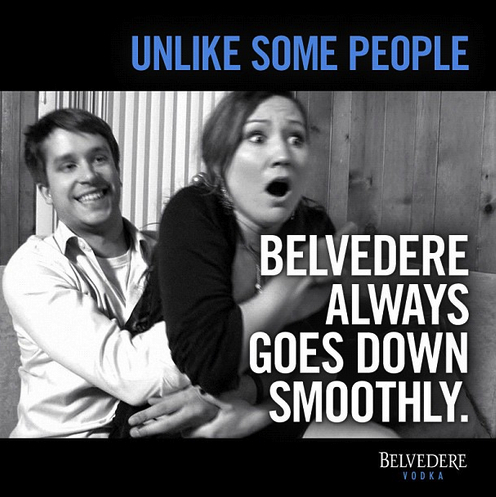 Yes, friends, this actually happened. Some social media rocket scientist thought this was a good thing to post to Belvedere’s Facebook and Twitter pages.  Do I even need to elaborate? No, the portrayal of a rape scene is not a good endorsement for your alcoholic beverage. Spokespeople for the company were sorry. Unfortunately, this was so ill-conceived – and there were so many stops along the way someone should have thrown up a roadblock – that no one really cared how sorry they were.

Other dishonorable mentions for social media campaigns that should never have seemed a good idea, even at the time, go to:

The moral of the story, marketers, is that you can probably pull off something wildly popular and crazy and risqué if you try hard enough and throw enough money at it… but do you really want to? Part of any campaign worth its salt is a critical evaluation of each element and any potential risks. Are those risks manageable? Is it really worth the risk when you can’t control your social audience?

Plan to Succeed and Never Appear in a Fail Blog

First, consider the purpose of your social marketing strategy. You may be trying to:

…or some combination thereof. Once you’ve established your goals, you’ll plan to employ specific tactics to help your brand achieve them. A social media marketing checklist like this one Lee Odden created and shared can help you get the right people and processes in place to execute your plan. As you implement, measure, and hopefully improve your social strategy, it’s important to remember your social presence is an extension of your business presence. You can’t get away with any more online than on television or radio; the same people are listening and they see everything you do online in an instant.

Whether all of your planning and social management takes place in-house or with the assistance of an agency, you must protect your brand. Work with professionals who value your reputation as much as you do. Choose agency partners that value performance, brand loyalty and measurable results over cutesy campaigns and “buzz.”

If you’re not sure, stop. Just stop. Calculated risk is one thing. Diving head first into issues you don’t understand (or have no real reason to talk about) simply because they’re popular or trending is an invitation for a social PR disaster – and we’ve seen plenty lately. Share the most memorable social fails you’ve seen in the comments!