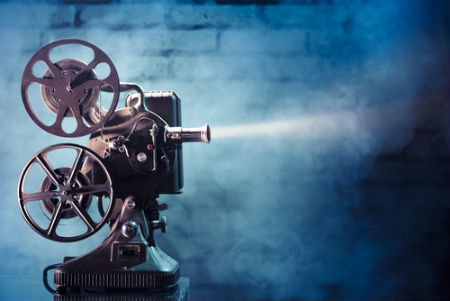 Chances are you’ve seen at least one of these movies:  Ferris Bueller’s Day Off, Pretty Woman, Spaceballs or The Blues Brothers. Chances are even stronger that you’ve quoted one of them at least once or could describe a scene in one.

I grew up with a Blues Brothers poster on my wall, had memorized the songs from Ferris Bueller’s Day Off by the time I was five, have a weird habit of watching Pretty Woman almost monthly, and know every line of Spaceballs. Needless to say, I like classic (and funny) movies.

The cool thing about classic movies like these is that they can teach us lessons and inspire us to think about things in new ways.  I had a that kind of experience after attending a recent Minneapolis/St. Paul Social Media Breakfast where I was inspired by Tony Saucier, George Fiddler and Sarah Panus’s insights into social media marketing.

To share those insights with you, while keeping true to my movie metaphor, I’ve put together this collection of movie themed social media tips inspired in part by the SMBMSP event. I’ve also included a few TopRank social media marketing tips on how you can use this inspired advice in your own marketing:

The scene where the Ben Stein endlessly and monotonously calls out, “Bueller, Bueller, Bueller” is famous for representing boring, painful-to-listen-to lectures and speeches. But it applies to how you should act on social too.

TopRank Marketing Tip:  Develop a brand personality before you begin your social media efforts. Then, learn your audience. Research whether they’ll respond better to humor, genuine customer service, pop culture references or all three—and develop a strategy to incorporate that into your messaging. Leave some room for “what-ifs” and “news” content—things will pop up that will be relevant to your brand that you just can’t plan for. Having room for them makes it easier to accommodate them as they occur. Lastly, make sure your strategy includes how you’ll interact so you’re not just talking at a bored audience, but engaging and responding. Then, you’ll be able to be the opposite of Ben Stein.

Some of the most famous scenes in this movie are when Julia Roberts is snubbed in the super fancy store, then goes back to rub the sales woman’s face in the fact she stereotyped the wrong person. I still feel a huge sense of triumph at the facial expression on the sales woman’s face when Roberts says, “Big mistake. Big. Huge,” and walks out. Other than making audiences feel good, the scene teaches us:

TopRank Marketing Tip:  Use analytics to back up what you think about your audience. Data is more concrete than your thoughts, so while you may think you’re appealing C-level execs, you may be appealing more to an audience of sales representatives. Analytics can be your best friend. Then, tie those analytics into your messaging strategy. Commit to customer service and keep an open mind, sometimes your audience and the performance of that unique piece of content may surprise you, just like Roberts surprised the saleswoman.

Think of Mel Brooks in Spaceballs

Even George Lucas wasn’t mad when Mel Brooks turned Star Wars into this classic (and hysterical) movie. The entire thing pokes fun at Star Wars, while incorporating more puns and out-there jokes than most people would be brilliant enough to think of. Lines like “I am your father’s brother’s nephew’s cousin’s former roommate” (as opposed to “I am your father”), renaming Yoda to Yogurt, and jamming radar with actual raspberry jam all showcase Brooks’ clever sense of humor. So, when you’re planning your social activity, think of Brooks.

TopRank Marketing Tip:  Hold brainstorming sessions with people from different backgrounds and different teams. Everyone can bring a unique perspective, a unique idea, and know a fact that you don’t. Then, turn the ideas and concepts from your brainstorms into a reality through messaging, content, and events.

Mimic Dan Aykroyd and John Belushi in The Blues Brothers

Another randomly funny movie full of adventure and sarcasm: the original Blues Brothers movie. Dan Aykroyd (Elwood) and John Belushi (Jake) band together to save the Catholic home where they were raised through music, because let’s face it—that’s just the way to do it. The movie required: wrecking 103 cars, a special Air UNworthyness certificate, and demolishing a mall. We definitely don’t recommend being that extreme in your efforts to achieve your goal, but there are a few things we can learn from the dynamic duo:

TopRank Marketing Tip: Always listen to what your audience is saying and talking about. People share all kinds of emotions on social media from fear to passion to frustration to joy. Be prepared to be there for them and address whatever they throw at you—like Lee Odden says, “Be the best answer”.  We’re hoping you won’t have to get as extreme as locusts and the plague though. Then, set goals. They should be achievable, but challenging. After all, if it was easy, there wouldn’t be an entire movie about it. Then share your experience with your own followers. It helps contribute to your personality, demonstrates your own passion, and makes people remember you fondly.

What these classic movie characters and scenes teach us essentially comes down to three things: know where you’re going, know how to get there, and be a unique/memorable/real person. Then you can avoid being as bland as Ben Stein in Ferris Bueller’s Day Off, avoid having your foot in your mouth like the saleswoman in Pretty Woman, be as memorable as Spaceballs, and be as successful as The Blues Brothers.

What other movie characters have you learned social media lessons from? Let us know in the comments!