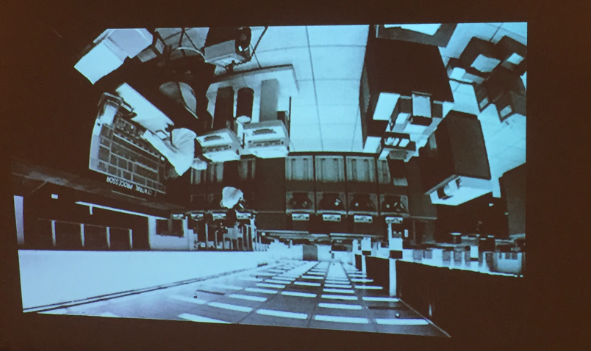 “Why not let every client who sets foot in the door know that this agency has entered the future?” – Don Draper

If you ask most people what they think a mainframe is, most will likely get visions of black and white photos of antiquated computers housed in an IBM backroom. As the Vice President of Z Systems Marketing for IBM, it’s Deon Newman’s job to change that perception.

Believe it or not, all of us are connected to a mainframe multiple times each day. The stats might actually surprise you. For example:

It’s staggering to consider how much we touch this technology when most of us don’t think of this as relevant technology.

In his presentation, Deon shared a great case study of how IBM created a series of marketing campaigns to bring relevance to their mainframe product and create a more contemporary approach for the way the product is used. Below is a case study of how IBM took on a challenge of changing industry perception head on.

Case Study: How IBM Changed Perception of Their Product & Increased Revenue by 20% YOY

The whole industry is abuzz with moving all information to the cloud, which can quickly make a product like IBM’s mainframe, seem irrelevant. As the 50 year anniversary of one of their most popular products was quickly approaching, they knew it was time to transform the brand and reposition their offering.

The Journey of Brand Transformation & Repositioning

IBM had a new technology coming out in January of 2015 and the 50th anniversary of the launch of the mainframe 50 in April of 2014. Many people wanted to run away from the term “mainframe” because it was associated with a legacy concept (which in the IT world is a dirty word). The company used this milestone as an opportunity to project and flip the perception.

Instead, they focused on hitting some of the milestones and focus on what the product enabled, including helping put a man on the moon and ticketing systems for airline companies.

The team at IBM developed a client led communication program called “The Engines of Progress”. They went into some of their biggest clients, and enabled them to tell their own stories about how they have changed their industries and the world.

The Engines of Progress clients included Walmart, Visa and First National Bank. Each in their own right have had an impact, and here are their stories in their words:

Part of what you’ll notice is that IBM leverages modern themes throughout this entire campaign and that they aren’t pushing their product. Within this series, they focused on brands that are leaders and seen as market movers. The other great thing about this client-focused campaign is that leadership within these companies wanted to be involved in the campaign. These videos helped tell IBM’s story digitally and the clients saw this as an association with something very iconic to be proud of.

In addition to celebrating what IBM had accomplished with current clients, they also wanted to start focusing on cultivating Generation Z. They created an academic initiative that included 180,000 students around the world, in 1,400 schools in 70 countries. They created a contest called “Master the Mainframe” which was a three round gaming contest designed to introduce mainframe gaming to the new generation.

The five finalists of the contest were brought on stage were highlighted as part of the 50th anniversary celebration. IBM was able to bring the next generation of skills into the fold to celebrate the anniversary of one of their first products.

Beyond the feel-good vibes that the campaign created, it’s important to determine if IBM was successful in changing the minds of their customers, potential customers, and their community at large. The results, speak for themselves. The campaign had:

The lesson of this experience wasn’t that IBM sold a lot of mainframes (which they did) but that they found something contemporary with a credible story and linked these two things to help market and sell their platform.