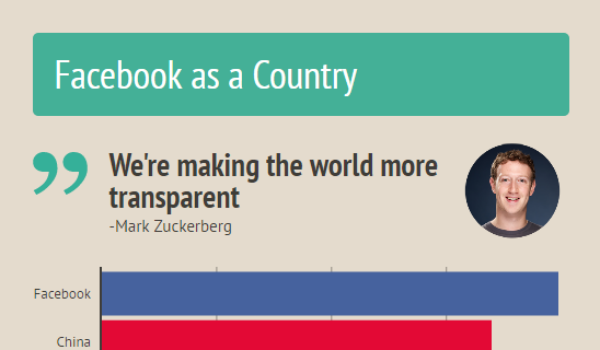 Instagram Is Adding an Algorithm to Reorder Feeds Based on the Posts Users Like
Instagram announced this week that they are adding an algorithm that will reorder the photos users see in their feed. According to Instagram, the plans are “based on the likelihood you’ll be interested in the content, your relationship with the person posting and the timeliness of the post.” As expected, this change will roll out to a small group of users first and scale up, though the platform hasn’t confirmed a roll-out date. AdWeek

Companies Planning To Boost Mobile Ad Spend 38% This Year (Report)
For years, digital marketing spend has been allocated more and more of your average marketer’s traditional advertising budget. The onset of mobile adverstising has contributed to this trend. A new report from Outsell states: “Mobile marketing ad spend should grow 38 percent this year; social ad spend is expected to rise by 15 percent.” That’s a big change in advertising budget, telling us that we’d be wise to pay attention when it comes to allocating our own marketing spend. SocialTimes

Instagram Interactions Plummet in 2015 (Study)
According to SocialTimes: “Interactions with Instagram posts from a group of 10,000 profiles studied by social analytics provider Quintly plummeted over the course of 2015.” The study found that average interactions fell by 1.86 in 2015, from an average of 4.96 to an average of 3.10. This was attributed to an increase of crowding on the platform, citing an inverse relationship between follower count and interactions — the larger the following, the fewer the interactions. SocialTimes

Apple News quietly opens up to smaller content publishers
In a reported effort to build up content and interest, Apple News has opened up its platform to smaller publishers — thus competing in the same realm as Facebook’s Instant Articles and Google Amp. This access will open small publishers up to a large audience, over 40 million, and the opportunity to measure and monetize their content through iAd. MarketingLand

Marketers Still Eager to Increase Spending on Facebook and Google, Study Finds
According to a new study from AdAge and RBC Capital Markets: “A record 57% of marketers and agencies are allocating 20% or more of budgets to digital advertising, including 23% who earmark more than half of their spending for digital.” This information supports my previously mentioned observation that budgets are shifting from more traditional means to digital. Respondents also said that Google provided the best ROI, with Facebook, YouTube and Twitter following behind. Of the ’emerging’ platforms included in the survey, the top three for planned spend were Instagram (71%), Snapchat (45%) and Spotify (34%). AdAge

Thanks for reading and have a great weekend! I’ll be back next week with more online marketing news. Have something to share? Tweet me at @Tiffani_Allen or send it to @toprank using the hashtag #trnews!