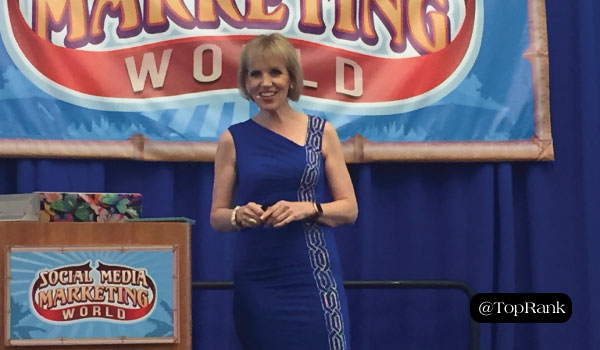 True to form, Mari Smith kicked off her presentation at Social Media Marketing World last week by sharing her full bio in the form of emojis and poking fun at her own mixed accent which immediately put the packed room at ease. When someone with experience like Mari takes the stage, you perk up and get ready to have a deluge of knowledge dropped on you in a short amount of time.

Her session (which seemed like mere seconds) was packed with helpful information and actionable insights that marketers can begin implementing on Facebook now. Below are some of the actionable highlights from Mari’s session.

One of the biggest issues that Mari has seen with social media marketing is that many brands (even large ones) are siloing their social efforts. Often, brands will have an organic social and paid social team that do not collaborate at all.

But the question we should be asking is: What if we were to implement social media company wide?

All businesses (no matter their size) have an opportunity to delight their customers by providing a great experience.

Facebook makes an average of $6 billion in ad revenue per quarter and is quickly ‘running out’ of ad space to show users in-stream.

Because both paid and organic Facebook reach are becoming more difficult, it’s important that brands focus on what they really want to get out of it. Some examples might include:

According to Mari, Facebook is moving in the direction of television and tv advertising. In fact, they are following a model similar to Netflix or Hulu where they’re trying to encourage users to binge watch Facebook videos.

Video ads that perform well are ones that empathize with the audience and tell a great story. A prime example is the video below from Chatbooks which is an ad that Mari originally saw as an organic post from a friend that shared it. Just let that marinate for a second. Facebook users are sharing video ads.

In June of 2016, Nicola Mendelsohn, Facebook’s Vice President for EMEA predicted that Facebook will probably be all video in the next five years. However, a recent study by Buffer found that video is largely underutilized on Facebook. Even though video gets 3x’s the engagement of other posts.

The team that manages the Jane Goodall Institute Facebook page ran an A/B test of landscape versus square videos and experienced a significant increase in the number of views, shares and likes on the square video. 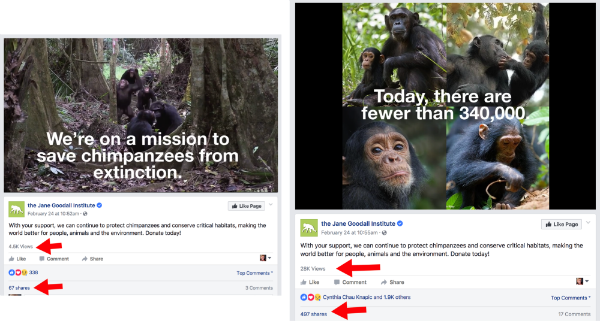 The ability to shop for items in real-time has been talked about for years. But now, it’s finally real. Amazon for example has incorporated a camera into their mobile app that allows users to hover over an item in the wild and receive suggestions for a similar product from Amazon in mere seconds. Even as an avid Amazon shopper, I wasn’t aware of this feature until Mari shared an example on stage. Below is a test that I ran by scanning a photo of my watch: 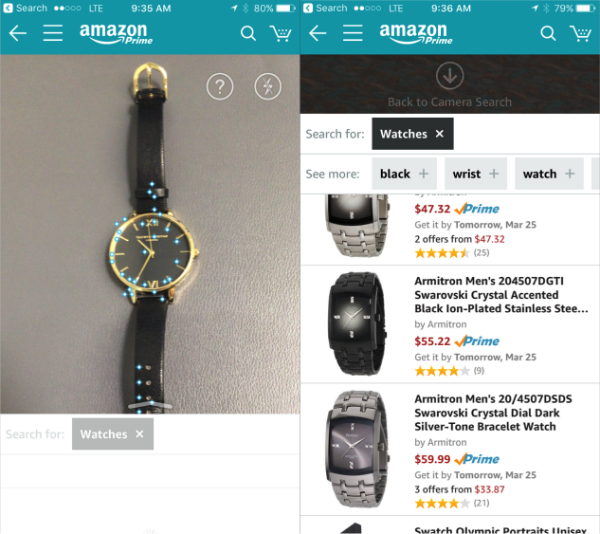 Recently, Facebook partnered with Shopify to develop a similar approach where users can purchase items in real-time while watching a video. It’s unclear as to when this feature will be available to all users but the fact that it exists offers many exciting opportunities for marketers. 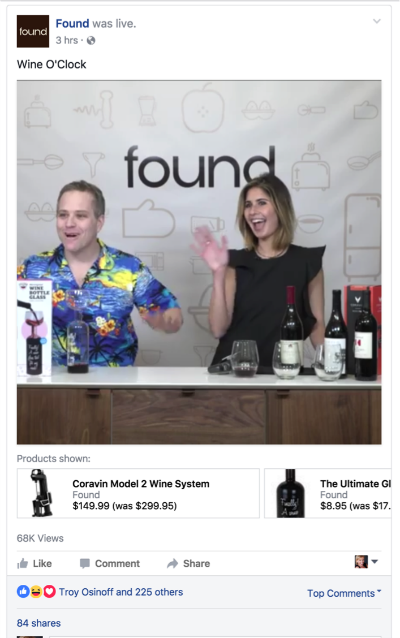 What Does the Future Hold?

The evolution of Facebook’s approach for brands is beginning to cover many opportunities for the modern marketer. Just imagine the ability to provide real-time customer service via messenger. The good news is that the possibility of providing that service isn’t far off.