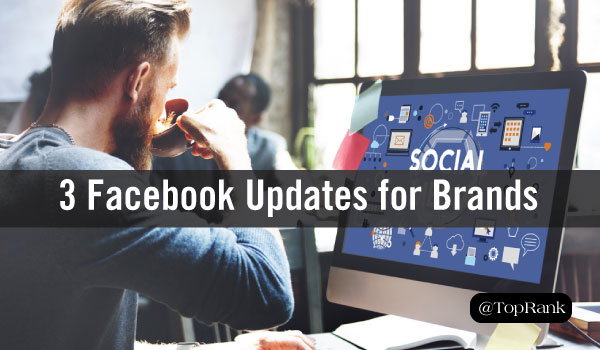 From revamping its News Feed algorithm and page layouts to rolling out its own version of Snapchat last week, Facebook has been busy adding new features and capabilities over the past few months.

For the average user, these changes are making it easier and more fun to share and engage on the platform. For businesses, the changes are likely overwhelming, with many wondering how they can adapt to these changes, turn them into a marketing advantage and ultimately reach a piece of the platform’s 1.23 billion daily active users.

If you’re part of the latter scenario, we’d like to help you out a bit. Below we highlight some of the latest updates and new features that businesses should take note of, as well as some tips on how to take advantage of them to further your social media marketing efforts.

In an attempt to provide a “richer, more engaging and more flexible” video watching experience, Facebook announced in mid-February that they had made several platform updates including:

Here’s Facebook’s own video overview of the recent updates.

What this means for businesses: Video will continue to be a powerful (and perhaps necessary) engagement tool for businesses, brands and marketers.

For those that are already using video, compelling imagery is still a top priority for video content, but music and narration should probably get more consideration in light of the new sound feature. Now it’s important to note that users who have their phone on silent mode will not hear the sound. In addition, users do have the ability to disable the feature in their settings. However, at this point it’s safe to say more people will be hearing and seeing your videos in the future—so make everything you do count.

Last summer, Facebook launched both 360 photos and 360 videos, giving users the ability to capture and share a 360-degree, ultra-panoramic photo or video. But in early March, Facebook took the format to the next level by releasing the Facebook 360 app for Samsung Gear VR, powered by Oculus.

“With more than 25 million 360 photos and more than 1 million 360 videos posted on Facebook to date, there’s plenty of great content to discover in Facebook 360,” Facebook said in their announcement post. “The app is a one-stop shop for catching up on what you may have missed from your friends and others you follow, diving into the 360 photos and videos you’ve saved, and finding something new to enjoy.” 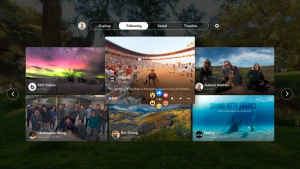 What this means for businesses: Facebook is bringing virtual reality to their platform, and businesses have the opportunity to truly immerse their audiences in their visual content. Of course, Samsung Gear VR may not be in the hands of every user yet, but virtual reality is certainly gaining relevance and speed in the social world.

How businesses can take advantage: Start experimenting by creating 360 photos using an iPhone or Android on a panoramic setting. Photos don’t require editing or extra equipment purchases, just a steady hand and a keen eye to capture something compelling. Consider giving users a glimpse into your office, store, production facility, or a special event you’re hosting or attending.

Once you’re comfortable with 360 photos and seeing some engagement, consider taking the next step to invest in 360 camera to shoot and edit video.

While the social media giant launched its newly designed Facebook Offers feature in late August 2016, it may not be on the radar of many businesses who are using a social media management tool like Hootsuite to share and schedule posts. The option appears under the native “Write something …” posting box, along with some other customizeable posting options. 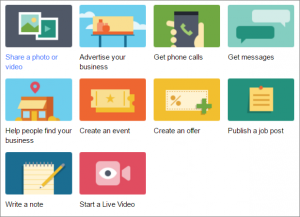 Essentially, Facebook Offers allows businesses to share their in-store or online discounts and promotions with their social audience. Offers can be used in two ways: By creating an Offers ad or in a Page post. Here’s a snippet from Facebook’s announcement post with the critical details:

“Offers ads appear in people’s News Feed in the Facebook mobile app and website. Advertisers can reach the right audiences with creative ad formats—like carousel ads. And for online offers, advertisers can optimize the delivery of their ads to people most likely to make a purchase on their site. Advertisers can see how many offers have been claimed in ads reporting.

“The other way for businesses to share Offers is to post them directly on their Page through the Offer Page Composer. All posted Offers will be viewable by anyone visiting the Page. If someone missed a posted Offer, they can click on the new, dedicated Offers tab to see all Offers posted by the business. 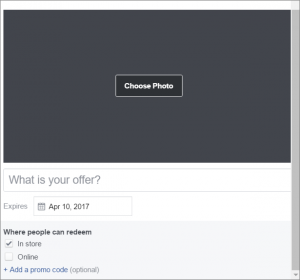 What this means for businesses: While social media is largely known as an awareness and engagement tool, Facebook Offers gives you the ability to encourage conversions by showcasing your special promotions. After all, every shopper loves to get a good deal.

How businesses can take advantage: Simply put, add your special promotions and discounts to Facebook. You’re likely advertising your incentives via email, your website and other advertising mediums, so don’t miss out on this easy, accessible opportunity.

What tactics are you using to find success on Facebook? Where are you struggling? Tell us in the comments section below.