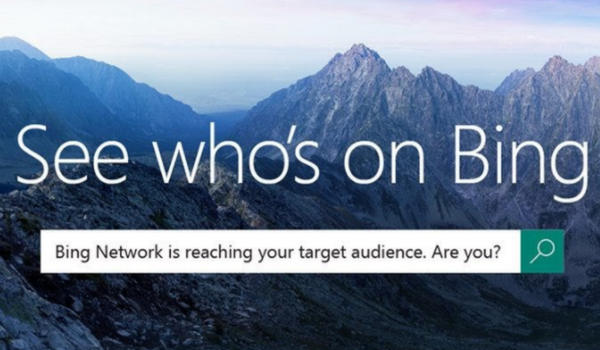 Is it Worth Doing SEO for Bing? These Usage Stats May Surprise You [Infographic]
In the SEO world we, unsurprisingly, hear about Google a lot. How much time have our collective SEOs devoted to Bing? With more than 5 billion searches per month and 59 million users, it’s time for us all to take notice. This infographic outlines some interesting usage stats about Bing. Social Media Today

New Report: Millennials Hate Apps With Uncool Design
A new Comscore report shows that logos matter to millennials, and that they’re eager to delete apps from their phone if they don’t like how they look on their screen. Other findings from the report include Snapchat’s return to popularity with millennials and Facebook’s continued dominance of the mobile app market. Ad Age

2017 Deliverability Benchmark Report
A study from Return Path shows that about 20% of marketing emails never reach the intended recipient — globally, 14% went missing and the remaining 6% were vanquished to the spam folder. The results were similar for the US compared to the world at large. Return Path

Google Introduces Video to Google Maps Listings
Google has announced that they’ll soon be giving Local Guides the ability to upload video with an android device — allowing users to start seeing videos on Google Maps listings. While Local Guides can only upload via Android, the videos can be viewed by users on iOS, Android or Desktop. Search Engine Journal

40% of Consumers Want Emails From Brands to Be Less Promotional and More Informative
A new study from Adobe found that 40% of consumers wants brands to be more informational than promotional in their emails — however, 61% would rather receive promotional emails from brands vs. other tactics like direct mail or social media. AdWeek

Consumers Demand More, Forgive Less, Study Finds
MediaPost reports “Some 60% of consumers become less loyal to brands after poor website and app performance, a survey reveals, with more than 80% saying they would consider telling friends about their poor experience.” The survey was multi-national, spanning from the U.S., to the UK and Sweden. MediaPost

We’ll be back next week – straight from Content Marketing World – with more top digital marketing news. Have more to share? Tweet to @toprank or email our newsroom.