1 in 3 Marketers and Agencies to Increase Spending on TikTok in 2020
In 2020 marketers expect to increase spending the most on Instagram, YouTube, Google, and LinkedIn, with some 33 percent also predicting more ad spending on rising upstart TikTok, according to newly-released survey data. Facebook, Twitter, and Snapchat were the platforms expected to see the most marketers decreasing ad spend on during 2020, according to the study. MarketingCharts

Twitter Will Set Up a New Team to Explore a Decentralized Social Media Network Model
Twitter has announced the creation of a team dedicated to making a new decentralized social media platform with its Bluesky initiative, which could be built using blockchain and include algorithms favoring best-answer and healthy content, Twitter chief executive Jack Dorsey recently revealed. Social Media Today

GroupM Revises U.S. 2019 Ad Growth Up To 6.2%, 2020 Down To 4.0%
2019 advertising spending in the U.S. will expand by up to 6.2 percent according to newly-released forecast data, representing a substantial rise from June predictions of some 2.6 percent, while the overall U.S. ad market is expected to grow by 7.1 percent in 2020, the report data shows. MediaPost

Twitter Expands Access to Brand Survey Tools to Help Brands Understand Ad Effectiveness
Twitter is rolling out new ad measurement options to some brands in the U.S. and four other countries, in an expansion of its Twitter Brand Surveys feature — aimed at providing greater promotion insight to brands, the firm recently announced. Social Media Today

Google co-founders Larry Page and Sergey Brin relinquish control of Alphabet to CEO Sundar Pichai
Sergey Brin and Larry Page announced that they are stepping aside from leading Google parent firm Alphabet, noting that the firms no longer need both two chief executives and a president, and also announced that current Google CEO Sundar Pichai will take over the leading role at Alphabet. The Verge

YouTube warns creators of subscriber count declines amid purge of closed accounts
YouTube announced that some channel owners on the Google-owned platform should prepare for a decrease in subscriber tallies, as the firm proceeds with its previously-announced efforts to purge closed accounts, a move that is likely to affect digital marketer analytics. TechCruch

‘Personalization’ Voted Marketing Word Of The Year
‘Personalization’ has been voted the marketing industry word of the year, beating out equality, inclusion, data, and in-house in the 2019 edition of the annual Association of National Advertisers (ANA) survey, the organization recently announced. NonProfit Times

Reddit Reaches 430 Million Monthly Active Users, Looks Back at 2019
430 million users were active on Reddit as of the end of October, representing a 30 percent year-over-year user base increase for the social news aggregation and discussion website, according to information the platform recently announced. Adweek

New App Lists TikTok Influencers by Engagement, Topic and Audience
A new app built to surface those influencers with the most engagement and other key metrics has been released for the popular TikTok video-sharing social networking service, with the launch of Influence Grid. Social Media Today 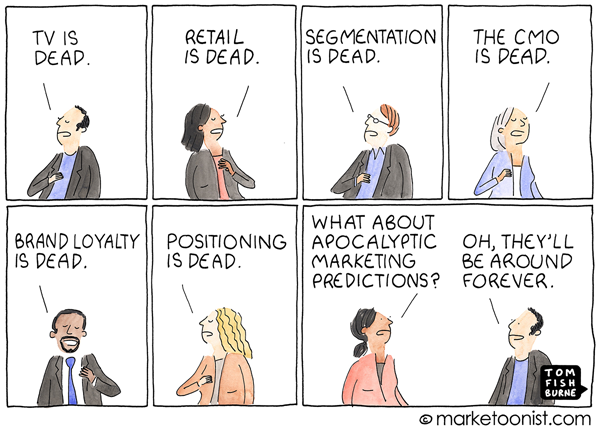 If you’ve got your own top B2B content marketing or digital advertising stories from the past week, please let us know in the comments below.

Thanks for joining us, and we hope that you’ll come back once more again next week for the latest top digital marketing industry news. In the meantime, you can follow us at @toprank on Twitter for even more timely daily news. Also, don’t miss the full video summary on our TopRank Marketing TV YouTube Channel.