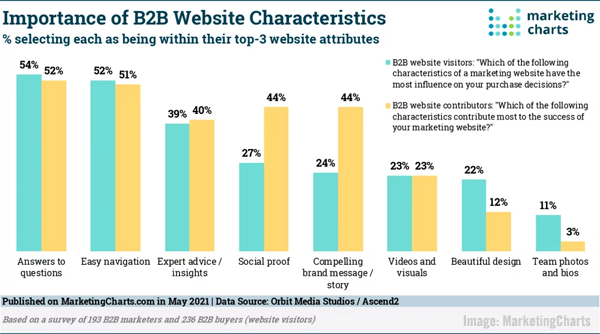 Raising The Hood On B2B: Brands Say It’s Difficult To Measure Content Marketing Impact
53 percent of B2B marketers say that analytics tools are the most important, followed by 38 percent who see customer relationship management (CRM) as their top tool, and 34 percent who see system marketing automation as their most important tool — three of several statistics of interest to digital marketers contained in recently-released survey data. MediaPost

What Drives Brand Affinity for B2B Companies?
23 percent of B2B executives said that brand trust and customer service were the top brand affinity forces, followed by 14 percent who saw price as the leading force, and 11 percent who said they considered innovation the top driver, according to newly-released survey data. MarketingCharts

Business Video Benchmarks: Content, Engagement, and Distribution Trends
73 percent of business video professionals said their content is distributed via social media, with 70 percent saying they deliver it on websites, and some 60 percent who noted they used YouTube for video content distribution — with product demonstrations, how-to’s, and explainer videos the top three video types businesses have already invested in, according to recently-released survey data. MarketingProfs

LinkedIn Continues to See ‘Record Engagement’ According to Latest Performance Update
LinkedIn (client) has seen revenue increase by 25 percent and user sessions that climbed by 29 percent during the third quarter of fiscal year 2021, according to the latest earnings release from parent firm Microsoft. Social Media Today

Twitter Rolls Out Larger Image Display in Timelines to All Users on Android and iOS
Twitter has begun rolling out an update that does away with cropped images for its iOS and Android users, a move that will creating additional room for marketers to deliver visual messages, the firm recently announced. Social Media Today

Clubhouse finally begins testing an Android version — but is it too late?
With increased competition and falling app download rates, audio-call-based social communication firm Clubhouse has moved to grow its previously iOS-only user base with the rollout of a similar Android offering, the company announced recently. The Next Web

Social Networking Platforms’ User Demographics Update 2021
Google’s YouTube is the most-used social media platform among U.S. adults, with 81 percent using the service — up from 73 percent in 2019 — one of several statistics of interest to digital marketers in newly-released social media demographics survey data. MarketingCharts

Twitter expands Spaces to anyone with 600+ followers, details plans for tickets, reminders and more
Twitter Spaces, the audio-call-based communication feature Twitter launched to offer its own take on Clubhouse’s functionality, is expected to become available to all of the firm’s users in time, Twitter has announced. TechCrunch

What Do Visitors Want From Your B2B Website?
54 percent of B2B website visitors say that finding answers is among the top three attributes influencing their purchase decision, followed by 52 percent who said that smooth navigation was key, and 39 percent who indicated that expert insight was the most important B2B site characteristic, according to recently-released survey data. MarketingCharts 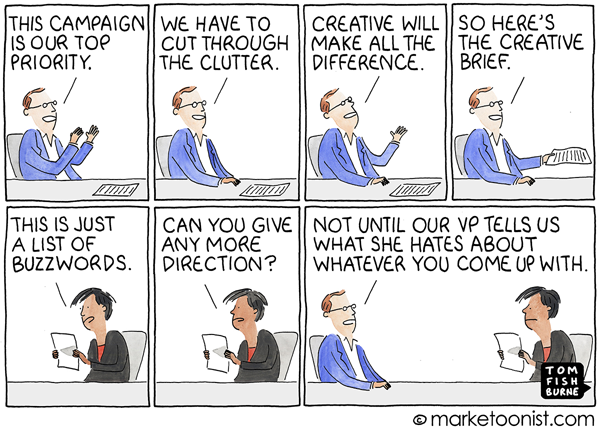 The Amiga 2000 You Always Wanted — Hackaday

The Power and Pitfalls of Gamification — Wired

Have you found your own favorite B2B marketing story from the past week of industry news? Please let us know in the comments below.

Thank you for taking the time to join us for the TopRank Marketing B2B marketing news, and please return next Friday for more of the week’s most relevant B2B and digital marketing industry news. In the meantime, you can follow us at @toprank on Twitter for even more timely daily news.