Where are B2B marketers turning to fill the void an increasing number of brands are facing having paused or left the Twitter platform?

Increasing numbers of brands and users have turned away from Twitter since its recent ownership change and subsequent top-down shifts in some of the platform’s fundamental policies.

Mainstay B2B brands have joined their B2C counterparts in either taking a temporary break from publishing and advertising on Twitter, or in some cases pulling the plug entirely.

This has led B2B marketers into an unusual period in the history of social media — one perhaps not seen since Google’s Plus platform shuttered its doors in April, 2019.

Growing numbers of B2B marketers have found themselves seeking out Twitter alternatives, hitting just at the traditional time of end-of-year budget surpluses. For some these have combined to usher in a newfound period of taking a previously unheard of look at freshly minted social media platforms or alternatives that haven’t yet seen mainstream usage by B2B brands.

New platforms Mastodon, Post, Spill, and Counter.Social along with existing social platforms such as Reddit, Discord, and others are in the spotlight of B2B marketers — each with unique strengths and challenges.

Let’s jump right in and take a look at some of the top Twitter alternatives available now to B2B marketers and brands.

Mastodon is an open-source social media platform that has blossomed from a relatively small user base of just over half a million when Twitter ownership changed to recent estimates of over 3.5 million.

Central to Mastodon’s charter is decentralized ownership and operation, through the use of multiple servers

Microsoft presently has at least two verified accounts on Mastodon, and Adobe has had a presence on the platform since February, 2022, however as with other B2B firms, many seem to be primarily placeholder accounts set up for future use should Mastodon gain a stronger foothold.

Marketing author and speaker David Meerman Scott — among those featured in our “50 Top B2B Marketing Influencers, Experts and Speakers To Follow In 2022,” isn’t ready to anoint Mastodon as any sort of “new Twitter” — far from it.

“I think marketers can safely ignore Mastodon. I do not think that this little flurry of interest is sustainable, and I do not think that Mastodon or any other social media service will take the place of Twitter. Throughout history, social networks that pioneer a new model can thrive — Instagram, TikTok come to mind — but copycats like Google Plus fail,” Meerman Scott recently shared with Jennifer Torres in CMSWire’s “Twitter vs. Mastodon: The Marketing Reality”

Post News — also known simply as Post — was founded in 2022 by Noam Bardin, former chief executive at transportation platform Waze, as an online platform bridging the area between social media and news.

Yet to launch, Post has amassed more than 300,000 users on its waiting list to begin trying out an early beta test version of the platform, and recently gained funding from Andreessen Horowitz’ a16z.

B2B brands have relatively little to lose by getting on the waiting list for Post, and reserving a presence for future use.

CounterSocial is an alternative social media platform founded by an anonymous person, which in itself may raise alarm bells for B2B marketers seeking transparency and authenticity, yet it too has gained followers since Twitter’s upheaval — more than 100,000 users by some estimates.

Spill — billed as a real-time platform focusing on conversation that puts culture first — is also utilizing a waiting list for new users wishing to sign up. Among its initial features are expected to be creator monetization opportunities and methods to identify artificial intelligence (AI) content bias on the platform, which was founded by two Black former Twitter employees.

LinkedIn* may be the biggest beneficiary of all from Twitter’s missteps, gaining newfound relevance among both B2B and B2C social media users.

“LinkedIn may be the biggest beneficiary of all from Twitter’s missteps, gaining newfound relevance among both B2B and B2C social media users.” — Lane R. Ellis @lanerellis Click To Tweet

The nature of LinkedIn has been changing in recent years, and the recent exodus from Twitter has more people than ever giving the Microsoft-owned professional network either a second chance or a first genuine try.

“My newsfeed is starting to include genuinely interesting comments, links to good articles, life updates from friends, even selfies,” Morgan Meaker, senior European business writer at Wired recently observed in “I Found the Perfect Replacement for Twitter. It’s LinkedIn.”

“Influencers on LinkedIn are changing too. One of my favorites is Nicholas Thompson, CEO of The Atlantic (and formerly editor in chief of WIRED), who posts regular videos titled ‘The Most Interesting Thing in Tech.’ LinkedIn is starting to seep into real life conversations,” Meaker also shared.

While Mastodon, Post, Counter.Social and the other social media platforms we’ve explored here may not yet fully mesh with all of the specific needs of B2B brands, for marketers who have left Twitter either temporarily or for good, these alternatives are worth testing the waters.

Whether the next major social media player will arise from this particular array of platforms during this unusual time in the history of online communications only time can tell, however savvy B2B marketers should be at the very least keeping a watchful lookout, and we hope you’ve found our brief introduction to some of the alternatives to Twitter.

More than ever before, creating award-winning B2B marketing that elevates, gives voice to talent, and humanizes with authenticity takes considerable time and effort, which is why more brands are choosing to work with a top digital marketing agency such as TopRank Marketing. Reach out to learn how we can help, as we’ve done for over 20 years for businesses ranging from LinkedIn, Dell and 3M to Adobe, Oracle, monday.com and many others. 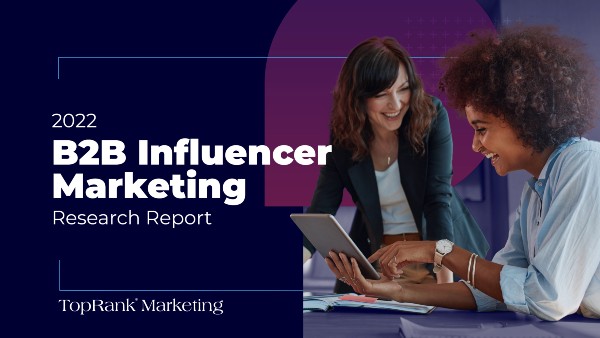 *LinkedIn is a TopRank Marketing client.