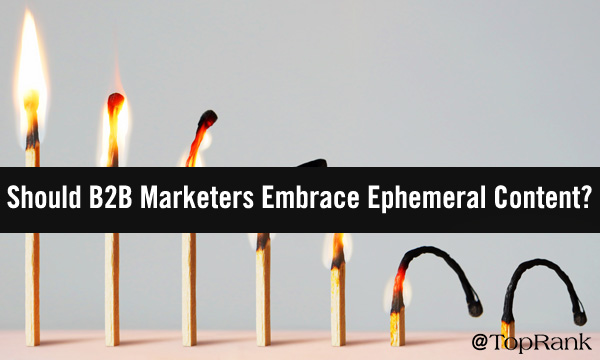 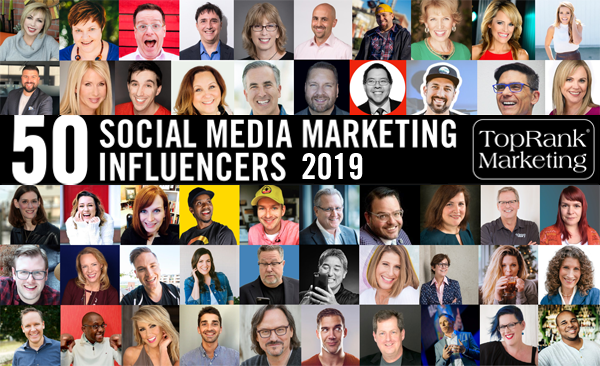 It’s that time of year, marketers. Once again, we’re absolutely thrilled to present our annual list of 50 influential leaders who are engaging on social networks around the topic of social media marketing.

The goal of this annual list? To showcase the top 50 influential voices in the marketing industry we can all learn from and follow.

Influencer Relationship Management (IRM) Platform Assisted: Ranking of the people in this list leverages data and algorithms from Traackr, which is an influencer relationship marketing platform. Unlike the vast majority of lists like this that are published online, this list considers many more data sources than just Twitter. To provide a better sample across the web, Traackr rankings can include citations and links from data sources such as blogs, publications, Twitter, Facebook, LinkedIn, YouTube, Instagram, and Pinterest. 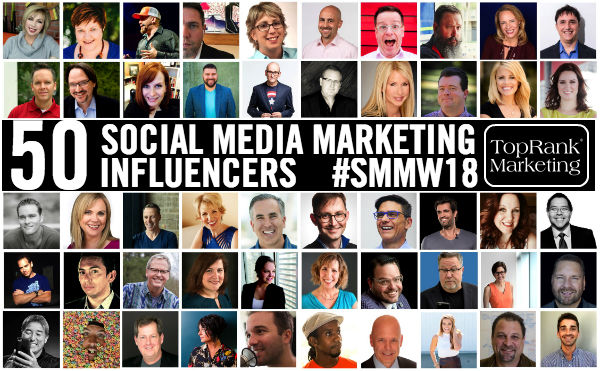 It’s that time of year again for the conference extravaganza known as Social Media Marketing World.  Each year I pull together a list of influential voices that are engaging on social networks around the topic social media marketing. My goal? To help showcase speakers for people in the industry to learn from and follow.

Why are these people influential? That’s a great question. I would answer with, “Why is anyone influential?”. Because they have specific expertise that they share publicly, consistently and in a way that improves the knowledge, skills and perspectives of those who follow them. 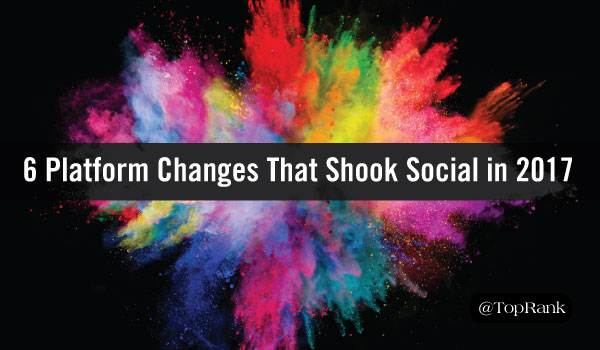 With 2018 on the horizon, we’re all in a state of reflection, looking back on all the good, the bad and the ugly 2017 brought us. When it comes to social media, it’s hard not to think about the latter two. With all the political turmoil and uptick in trolling, even Facebook recently admitted that its digging deep to turn the tide and bring well-being principles into the social experience.

But while there’s little doubt that 2017 surfaced new concerns and challenges in the social media space, there were some positive developments for everyday users and marketers alike. In this piece, we highlight some of those interesting and encouraging changes that occurred across platforms.

Year In Review: 6 Platform Changes That Shook Up Social Media Marketing in 2017 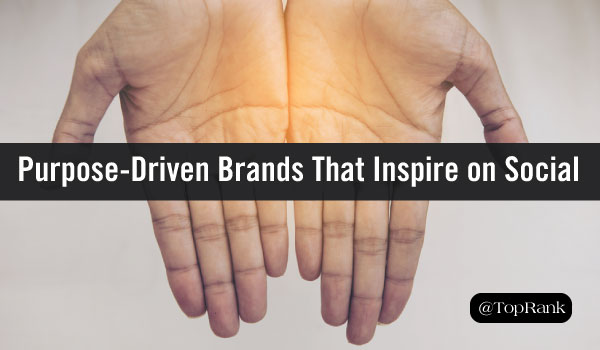 As our world becomes increasingly connected through the internet, social media and mobile technologies, consumer awareness and engagement around local and global social, economic, political and environmental challenges are soaring to new heights.

As a result, people desperately want to invest their time and money where their hearts are by supporting and working for companies that are making a positive and meaningful impact. And many companies are answering the call by throwing out conventional business models to tackle these challenges—while also bolstering and growing their bottom line. They’re finding and living their purpose.

For these companies, success isn’t grounded in simply offering “the best” product or service. Instead, it’s the purpose behind the creation and execution of those best-in-class products and services that drives success for all involved. 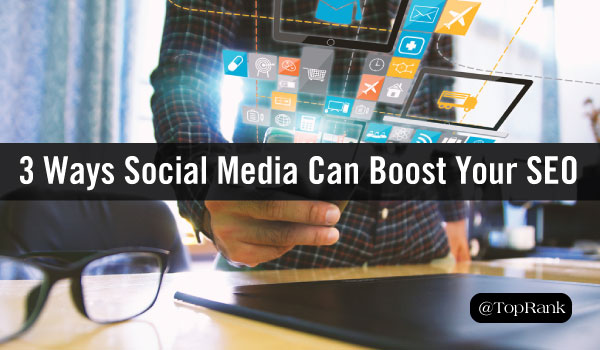 But over the years, there’s been some confusion on how these two tactics work together to achieve marketing results—and understandably so. Back in 2010, Google told Search Engine Land’s Danny Sullivan that links shared on Facebook and Twitter were used as a ranking signal. Then in 2014, Google’s Matt Cutts released a video stating Facebook and Twitter pages were “currently” treated like any other web page for search—i.e. social media was no longer a direct ranking factor. 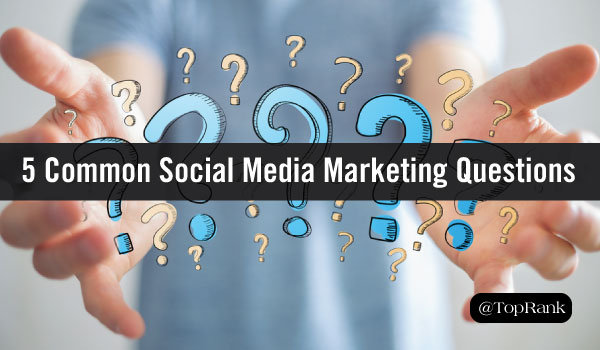 Like brushing our teeth or brewing a morning cup of coffee, checking in on what’s happening within our social networks has become part of the daily routine for most of us. In fact, 30% of all time spent online is on social networks, according to GlobalWebIndex (GWI).

As a result, social media has also become a routine marketing tactic for nearly every business, helping brands build awareness, share and interact with customers and prospects, and create another vital touch point in the changing customer journey.

But as the social media landscape continues to evolve, both green and seasoned marketing professionals are constantly searching for answers on how they can best leverage social media within their organizations’ marketing strategies.

We Answer 5 Common Questions People Have About Social Media Marketing 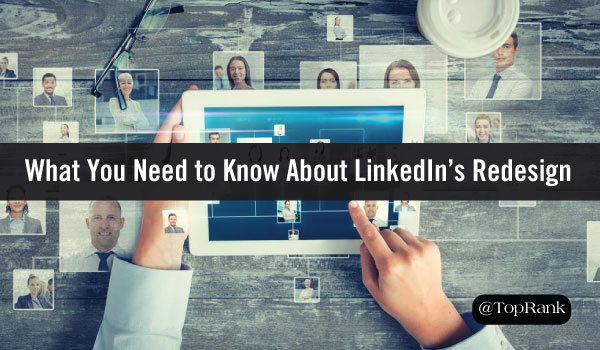 Even the most starched-shirt professional can use a new look every now and then. Skinny and wide neckties go in and out of fashion. Hemlines trend up and down. You can be fashionable and professional at the same time.

All of which to say, LinkedIn has started to roll out a substantial redesign. Not everyone has it yet, but it’s coming soon for everyone, and it’s definitely a bid to keep up with the cutting edge of web design.

The redesign cleans up the interface substantially, fully committing to the card-based look the site has been flirting with for the past two years. Icons are simplified and are a closer match to the mobile experience. And some features that were hard to find before are now front-and-center.

The New Face of LinkedIn: What You Need to Know About the Redesign 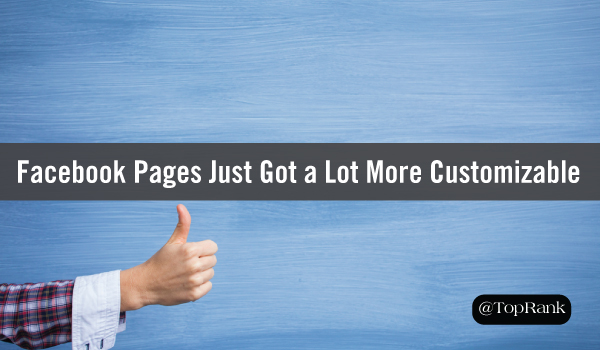 Back in 2006, creating a Facebook Page was mind-numbingly simple. You picked your URL, uploaded a picture, filled out a few boxes, and that was it. Unlike its chief rival, MySpace, there was no mucking about with HTML, no picking the right animated backgrounds, no blinking green fonts to fine-tune.

Of course, the flipside of that simplicity was a complete lack of control. Your page was indistinguishable from every other. White background, Helvetica, blue buttons, a simple newsfeed-type layout.

Facebook has slowly been adding options to the mix the past few years. You still can’t create a true rotating-skull-gif masterpiece like you could on MySpace, but you can make your page more useful to your audience.

What does the social media landscape look like in 2017? What networks are going to help me drive awareness, conversation and conversions? What types of content will have the most impact on my audience? Is Snapchat a good investment?

As we near the end of 2016, these are likely just a few of the questions being asked by marketers everywhere. While I’d love to say there’s a magical crystal ball with all the answers out there, we all know that nothing is permanent or sure-fire when it comes to social media. But we do have some data and insights that can help.

In it’s The State of Social 2016 report, Buffer surveyed more than 1,200 B2B and B2C marketers to better understand how they’re currently using social media and where they plan to go in 2017. Those who participated work for companies of all sizes and across a variety of industries. 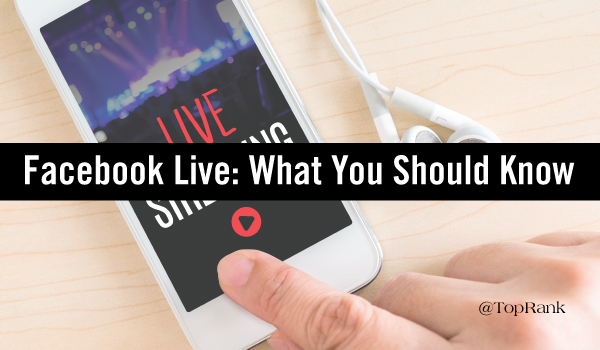 In the age of Netflix and DVRs, it’s weirdly ironic to watch the growing popularity of live video for social media marketing. Sure, most of it is recorded so you can access it later, but it has far more in common with the nightly news than with modern on-demand, personalized content.

It turns out, there’s something about watching an event unfold live that’s hard to replicate. To be there as it’s happening, in the moment with a group of friends and strangers, sharing a singular experience. It’s powerful. And it never really went out of style—it just took a while for technology to create a compelling modern version.

What Social Media Marketers Need to Know About Facebook Live 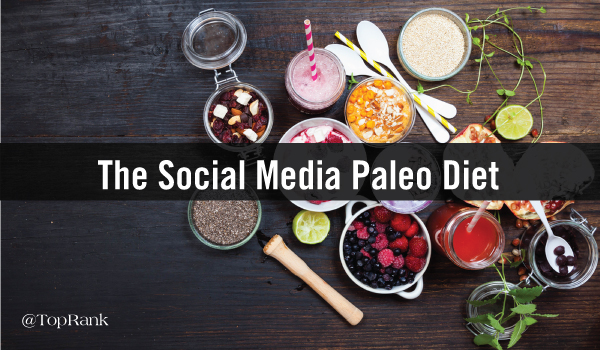 From the rise of Snapchat to the debut of Instagram stories to changes in Facebook’s News Feed algorithm, the social media landscape is constantly changing—giving us marketers more than enough “new” to snack on each week.

But sometimes we bite off a little more than we can chew, thinking that a healthy social media strategy needs to incorporate a little bit of everything in order to drive growth and engagement—and ultimately ROI.

However, according to Social Media Examiner’s 2016 Social Media Marketing Industry Report, 92% of marketers said they’re unable to say which social media tactics are the most effective. So, stretching your strategy to include every platform and tactic may not be the best way to drive the results you’re looking for.

A Fresh Start: Learn How to Put Your Social Media Strategy on A Paleo Diet