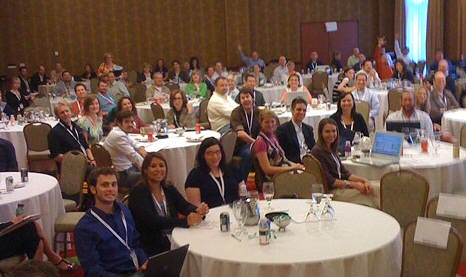 At the Online Marketing Summit in Minneapolis this week, I presented on Social Media Strategy and briefly highlighted Blogging and Twitter as tactics. This is the first of several posts that will visit the key concepts offered in that presentation.

Why social media?  It comes down to gaining a competitive advantage. I like the quote from Oliver Young at Forrester Research:  “Marketers who embrace social media will outdistance competition, build community following, and boost loyalty”

What better time to build better relationships with your customers than during a recession? Budgets are slim and purchasing decisions are often made based on relationships and connections right along with price. Word of mouth is powerful in good economic times and it’s even more impactful when economic pressures drive companies to be more creative and resourceful in purchasing products and services.

TopRank’s informal polls as well as the research of other organizations offer insights that report a growing optimism and interest at the budgetary level for social media investment. This is in contrast to the “instant social media marketing gurus” setting up shop and trying to drum up business by evangelising all things social.

There’s reason for such optimism surrounding the social web. Companies that properly plan and implement social participation, can reap a variety of benefits:

Despite such optimism and benefits, social media is new territory for most companies. One issue is that a discconect continues to exist between how companies are structured to formally  communicate with customers via marketing, sales and customer service touchpoints and customers that increasingly want to have a conversation with the brands they buy from. Microsoft Advertising put out a great video a while ago called “The Break Up” that does a good job illustrating this point.

The notion of engaging with customers socially is a new paradigm and will take a shift in thinking for most organizations to adopt.

In fact, there are a number of barriers to social media adoption. Marketing Sherpa’s Social Media Marketing and PR Benchmark Survey reveals that the most significant challenges for implementing social media within organizations include: lack of knowledge, inability to measure ROI, lack of budget/funding, management resistance, technical complexity and the perception of social media not being relevant to the market. 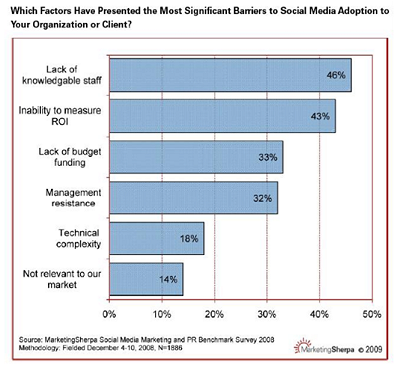 Clearly there’s an opportunity to boost awareness and knowledge of social media best practices as well as models for strategic planning and adoption. A big part of the problem is that most companies start social media initiatives, ad hoc without any strategy. Building a business case for social media means doing homework on the target audience, setting goals, creating a strategy and making a plan that outlines what tactics and technologies make the most sense. Measuring the effect of such a plan is where confidence will increase regarding value and help answer the ROI question. The key thing to understand is that Social Media is less about ROI and more about influence

While companies are trying to figure out their broader social media strategies, it’s fine to test certain social channels, but there should still be a plan with goals, objectives and defined ways of measuring success.

There’s been progress in opening lines of communication between brands and customers through brand sponsored forums (like Best Buy below), review sites and social channels such as Twitter, Social Networks and crowdsourcing sites like Dell Ideastorm and My Starbucks Idea. 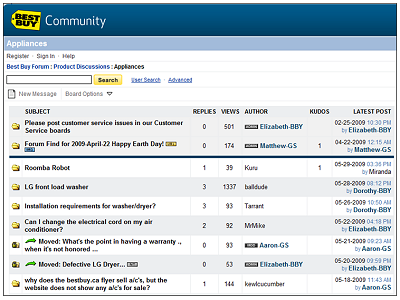 These efforts in combination with increased buzz about the social web have motivated many companies to launch vairous social media initiatives. In fact, the list over at Peter Kim’s wiki currently lists nearly 950 examples of companies using social media with blogging, social networks, microblogging, online video and widgets attracting the most attention. Retail and consumer goods make up the overwhelming majority of social media participation by vertical, but  Government and several B2B verticals are also represented. Analysis of the social media examples was deftly handled by Eyal Sela. 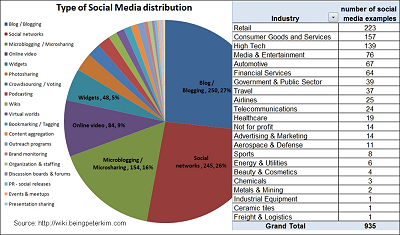 There are many interesting examples of social media mediocraty, outright failures and successes. Even with numerous examples available, implementation has been all over the board. Starting the corporate journey on the social web as a tactical excercise can be a waste of resources or worse, damaging to the brand.

A program of listening/monitoring combined with testing and participation can provide a company with a  good basis from which to create a Social Media Roadmap that profiles the intended audience and  their behaviors/preferences, sets clear goals, documents the strategy and recommended tactics and clearly identifies how success will be measured.

Researching competitor social media usage as well as success stories and case studies that reflect possibilities for your own company can go a very long way in convincing corporate management that social web engagment makes sense for your company.

The bottom line in making a case for social media is going to involve some homeword towards understanding the channel & tools, setting clear goals, understanding how your customers behave and what their preferences are for media discovery, consumption and sharing. With goals, strategy and tactics in hand, the metrics piece that measures value can be associated with comparable advertising models in order to associate $ amounts. Josh Bernoff and Charlene Li do a good job of explaining this in their book, Groundswell, when describing the ROI of blogging.