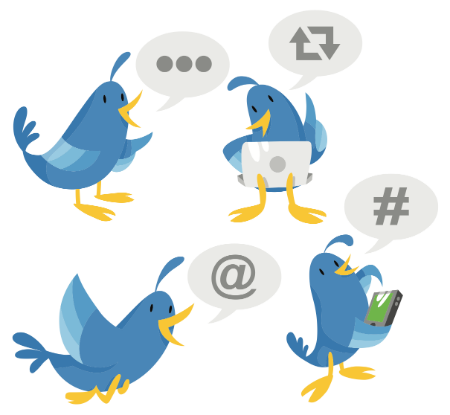 With over 240 million users and 500 million tweets sent per day, Twitter is as ubiquitous as it gets in terms of social media.

With all that use comes a variety of opportunities as well as opinions about what to do and what not to do. There’s nothing static about best practices on social networks and Twitter is no different.

Of course some things stay the same. In 2009 a study was done of Twitter content and 40% was deemed “pointless babble“. I suspect many Twitter users would agree that a certain portion of today’s tweets fall in that same category. This got me thinking about what it is that annoys people about Twitter? If we discover the things people don’t like, perhaps the opposite or removal of those behaviors can point us in the right direction.

As a fan of connecting with our community to help answer important questions, I reached out to our Twitter networks on @toprank and @leeodden to find out exactly what their pet peeves or #tweetpeeves were:

@EmilyBacheller – I hate when people tweet the same thing over and over!

@RocketGroup – Twitterers who @ mention themselves in tweets. What a waste of limited characters!

@NickEhrenberg – Writing tweets that are too long and linking to the rest of the message. Brevity is the soul of wit. #tweetpeeves

@jimmy_daly – when sites I really like have an RSS robot feed

@ReedConstrData – When people I don’t know ask me to tweet about a product or event. #tweetpeeves

@KKDUB – Tweets of unfollower, new follower, or any other follower counts.

@AaronWeiche – those who preach “unwritten rules of twitter”. Let peeps do what they want with it, it all comes back equal to what’s put in

@becky_writes – Ditto @NewEnglandStand. Not enough 2-way communication. Also, not responding to retweets, shares, or replies is a jerk move.

@JaredDiVincent – Creepy interjections when I don’t reference the entity with a hashtag or @ tag. #CreepyTweets

@noyesjesse – I know this puts me in a “marketer” camp, but complaints about promoted tweets. People wrongly assume Twitter is a charity.

@mkutulis – Not leaving enough room for a RT with comments! Defeats the point of engagement. Also, this goes w/o saying: direct messages. Eek.

@NewEnglandStand – Lot of people pushing formulaic “how to” and “top ten” links, and not enough conversation.

@syndk8 – when people complain about peeves. really annoys me

So what trends do we see?  One of the most consistent trends in these pet peeves is a distaste for formulaic and repetitive content. Another is a dislike of content that isn’t useful or relevant. People also don’t like tweets that are overly promotional or attempts to get them to be promotional.

The solution to most pet peeves on Twitter is to unfollow or even block offending accounts if they are repetitive about it. The lesson is to be thoughtful about your own tweets according to your purpose. If it’s important to you what your Twitter followers think (like a brand or brandividual growing a network) then it’s worth paying attention to what works and what doesn’t. That involves being aware of what’s commonly disliked.

In the end, you have to make your own choices as an individual. If you have marketing and communications responsibilities on Twitter, then creating a dynamic of achieving both brand and community goals are important. If you’re supposed to be accountable to your brand when using Twitter, ignoring what works with your community is nothing less than foolish and waste to the brand.

What are some of your do’s and don’ts to get the most out of Twitter? Personal or professional.