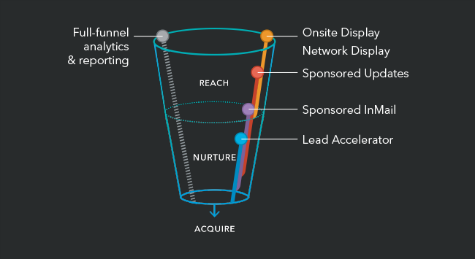 LinkedIn Launches Lead Accelerator, Expands Marketing Solutions Portfolio – Talk to any B2B marketer and you’ll know – the purchase process can be very long and complex. As a marketer and business leader with years of experience in this space, I know that effectively reaching, nurturing and converting prospects has only become harder. That’s why I’m thrilled to introduce LinkedIn’s expanded Marketing Solutions portfolio, featuring the new LinkedIn Lead Accelerator. LinkedIn [Client]

Facebook’s Q4 2014: Mobile is Now 69% Of Ad Revenue – All estimates going into Q4 showed that ad spend on Facebook would rise. Facebook validated this belief Wednesday, showing that the company reaped its all-time high in quarterly ad revenue — $3.59 billion. SocialTimes

Report: Mobile Users Spend 80% of Time in Just Five Apps – According to a recent survey based report from Forrester Research, US and UK smartphone owners “use an average of 24 apps per month but spend more than 80 percent of their time on just five apps.” Whether or not it’s literally five, this is directionally correct; consumer app time is concentrated in just a few popular apps. Marketing Land

Twitter Syndicates Promoted Tweets for Broader Reach – Promoted Tweets will now appear as native content on other platforms, such as mobile app Flipboard, that already integrate organic tweets into their applications. ClickZ

Google Confirms Making “Tweaks” To The Search Results But Says No “Update” To Announce – Google says that last update the SEO community noticed was not related to the Penguin or Panda algorithms. Search Engine Land

iOS Continues to Outperform Android in Mobile Ad Monetization – Android is now squarely in the lead when it comes to mobile ad impressions on the Opera Mediaworks network, ending the year with 62.7% share in Q4, a significant hike from 37.7% during the year-earlier period. But iOS continues to punch above its weight class in monetization, garnering 51.7% share of revenues while representing just 27.2% share of traffic. MarketingCharts

Facebook Groups to Improve the Way People Buy and Sell – Facebook’s For Sale Groups will have improved features for buying and selling. For Sale Group members can now choose the Sell feature when creating a post. You can add a description to what you’re selling, include a price and set a pick-up/delivery location. Facebook

STUDY: Facebook Ad Spend Shifts to Video, Mobile in 4Q 2014 – Goodbye, engagement; hello, direct-response ads; and a big hello to video ads and mobile: Those were the major findings by Kinetic Social, a Facebook Preferred Marketing Developer, in an analysis of its clients’ fourth-quarter-2014 advertising campaigns on Facebook and Twitter. SocialTimes

In response to Online Marketing News: Twitter Still Bigger, Pinterest’s Intent, Low Trust In Social News, SHIFT Digital Media said, “Wow! Those are some great facts! I’m going to be sharing some of these in an upcoming blog post. I find it interesting that social media is the least popular method of customer service. Social media is always the first place I go when upset about service.”