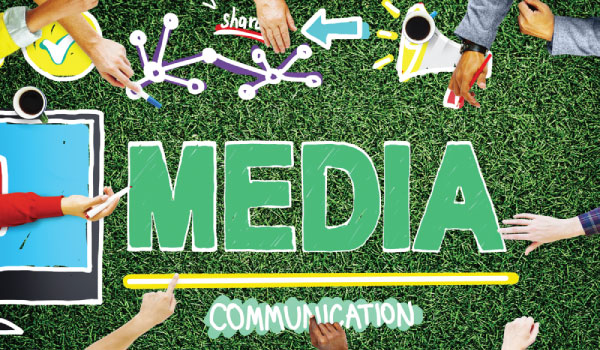 For any brand, reputation is everything—and reputations are often built (or torn down) with earned media. From a glowing news article about one of your products to that horrific Yelp review, every brand experiences the benefits and drawbacks of earned media.

And in today’s socially connected world, marketers are increasing their use of earned media as a contact marketing tactic as it continues to be a crucial factor in consumer decision making.

In fact, a study by Nielsen and InPowered shows that expert content—credible, third-party articles and reviews—is the most effective source of information in impacting consumers along all stages of the purchase process across product categories. The study also showed that earned media is 88 percent more effective than owned media content alone.

Earned media, also referred to as media relations, word-of-mouth, PR or publicity, is an unpaid brand mention or recognition such as a news article, published interview, or online review by a third party. In addition, earned media can also refer to a byline or article written by someone associated with the brand that is published by a third party.

Earned media is one of three major marketing categories, with the other two being owned media and paid media. Owned media is any content created and managed by the brand such as a website or blog. Paid media is–as it sounds–any publicity, advertising, or content published by a third party that’s paid for by the brand. Many would call earned media the Holy Grail of the three media types, and often earned media is the result of your paid or owned efforts. (e.g. running a promotion (owned) on your website that results in people around the web talking about it (earned).)

These days, social media and review curation sites are major earned media platforms. Everything from that nice tweet about your fabulous customer service to Facebook shares to poor reviews on independent review sites is part of earned media. And viral content is probably the ultimate example of earned media.

While earned media can be have a positive impact on your brand, it does have its drawbacks, too. Here are some of the disadvantages of earned media:

What Experts Are Saying

“Content is the currency for building social relationships with journalists and bloggers that can boost earned media. Companies that invest in content marketing through brand publisher models are able to attract more inbound media coverage due to their demonstrated expertise. Brand content also enables those same companies to bypass traditional media and connect with consumers directly.”

“Content marketing can be a powerful tool for brands, but the key is to ensure that the messaging is relevant and consistent to the brand narrative. Otherwise it can become extra noise in an already loud space.”

“The earned strategy, or publicity gained through editorial influence, is something that has been around for awhile but has become more important due to the advent of social media. Not unlike earning coverage in an industry magazine article, gaining shares, ‘likes,’ re-tweets, posts, and every other social signal related to your business has become an important criteria for promoting your business’ authority. It provides Google with an opportunity to understand if your content is important and, in return, helps to move that content up higher in relevant search engine results pages (SERPs). Online earned media has taken the place of the “word-of-mouth” advertising we all coveted.” 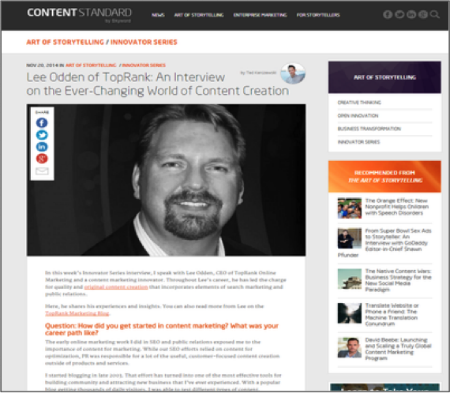 TopRank Marketing CEO Lee Odden has established himself and the agency as thought leaders and innovators in content marketing. As a result, his expertise is often sought after for interviews, contributed articles and webinars. As an example, last year Lee participated in an interview with Content Standard by Skyword. 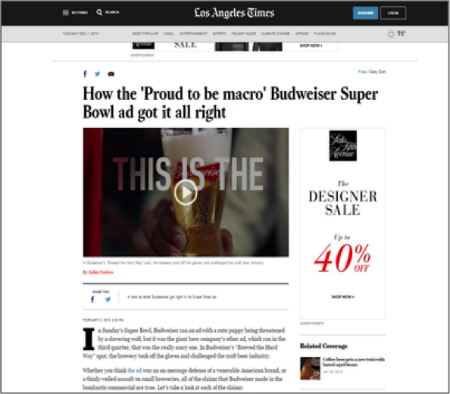 During the 2015 Super Bowl, Budweiser aired its “Brewed the Hard Way” advertisement that challenged the craft brewing industry a bit. The LA Times wrote an article titled “How the ‘Proud to be macro’ Budweiser Super Bowl ad got it all right.” Not only did the article make the beer company look great, but the LA Times is also a very trustworthy source. This is also a perfect example of earned media working with owned and paid media. 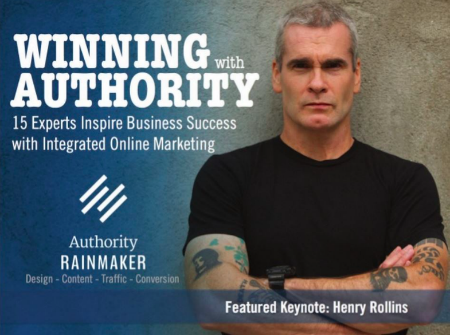 In early 2015, Copyblogger Media—a well-known content marketing software and training organization—was preparing for its second annual Authority Rainmaker conference. With the conference still in its early years, Copyblogger partnered with TopRank Marketing to create an eBook that would leverage event speakers to raise awareness and attract registrations for the event. Promotion of the eBook included several earned media guest posts to industry blogs such as Kapost, SlideShare, and Simply Measured.

Combining earned media with other content marketing tactics, the eBook had a total of 26,859 views, more than 1,000 shares, and 139 downloads. A total of 19 referrals were logged as assisted conversions, with an additional 4 direct conversions.

The following resources can help you connect with media organizations and journalists, craft quality content ideas, and track the publicity you’re getting on social media.

The reality is that earned media is really just a part of doing business. Every brand will earn some type of publicity simply for being. But, marketers have an opportunity to grow the amount and the quality of earned media they receive by making it a part of their overall content marketing strategy.

Cultivating earned media is certainly not without its challenges, but it definitely needs to be a consideration since consumers are looking to that content for guidance before they buy.

How does your brand use earned media within its content marketing strategy? What are some of your best practices? Please share in the comments section below.