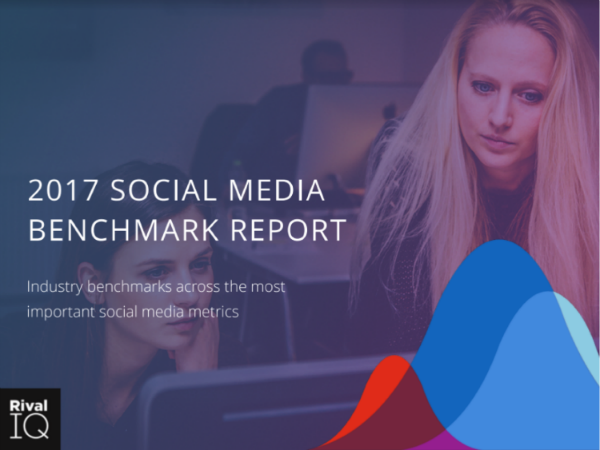 If I had to sum up marketing’s relationship with social media in a single nerdy meme, it’d be this: 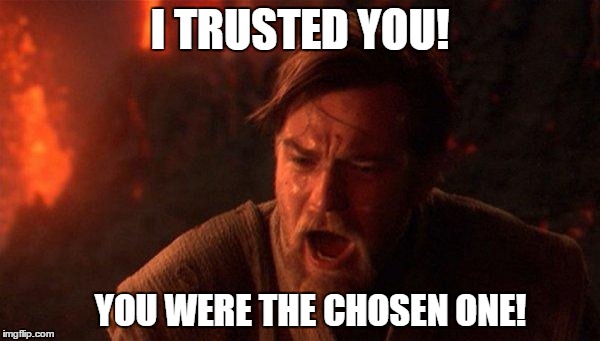 Yes, much as Obi-Wan Kenobi was dismayed to find that Anakin had turned to the dark side, many marketers feel betrayed by social media. Each platform offered the potential to build an audience and deliver content straight to their feeds. They were supposed to be a powerful tool for organic reach. But one by one, they fell to the dark side of the algorithm.

But don’t throw away your social media channels just yet. After all, if you strike them down, they will become more powerful (sorry, that’s the last Star Wars reference). Instead, let’s have a clear-eyed assessment of what organic engagement looks like on Instagram, Twitter, and Facebook, and see where to go from here.

Rival IQ just released their 2017 Social Media Benchmarks Report, which analyzes engagement by industry on the top three social media channels. These benchmarks can help determine what the best next steps are to maximize your engagement and your reach.

More than any other platform, Instagram seems to be the place people go to engage with brands. Engagement rate per post averages out to 1.66%, the only platform with over 1% in engagement.

The amount of interaction per post varies widely by industry, however. Higher Ed leads the pack with 3.55%. Surprisingly, Health & Beauty trails behind, with just 1.14%. While Instagram has a reputation as a health, beauty, and fashion platform, none of these categories come close to Nonprofit and Higher Ed for engagement.

You may not think your industry or brand is suited to the format, but if GE and Dell can do it, so can you. It’s not about creating million-dollar visuals or movie-level video. Keep it low-fi, stay honest and authentic. Use Instagram to showcase the people behind your brand and take your audience behind-the-scenes. More importantly, use Instagram’s tools to edit your photos, just like the user base does.

Many companies have an exponentially larger audience on Facebook than they do on Instagram. For example, Dell has 287,000 followers on Instagram and 10 million Facebook followers. That increase in audience almost offsets the drop in engagement rate, which is a fraction of Instagram’s. Higher Ed leads with just .33% engagement, while Media lags at .12%. Yes, twelve hundredths of a percent.

This benchmark confirms what our agency has been saying for a long time: Facebook should be considered a pay-to-play platform. That’s not necessarily a bad thing. Facebook ads are relatively inexpensive, and their targeting options make it easy to reach new audiences.

You should still post organic posts on Facebook, but don’t count on the algorithm to help you with engagement. Use ads to boost posts that are already seeing at least a minimum of engagement—they’re the ones resonating with your audience. Put a little budget behind them and be precise with your targeting, and you can get results.

Is Twitter dying? Perhaps not, but it has developed a nasty cough. Our own Caitlin Burgess pondered what’s next for Twitter, and a lot of it depends on what the company does in the next year to get well again.

RivalIQ’s numbers are pretty dire: Food & Beverage leads in engagement with .069%, while Media takes the caboose spot with .015%. To put those numbers in easily-understandable terms, if your Twitter engagement was a blood alcohol percentage, you’d still be legal to drive.

These numbers might be indicative of Twitter’s failing vital signs, but I believe there’s a simpler answer. Twitter is a lousy forum for conversation. There’s a ton of content, it moves fast, and most people aren’t watching their feed 24/7. It is, however, a good forum for building relationships. Follow people you want to work with, share their content, and then start a private conversation.

Depending on your audience, it’s still worth investing in paid promotion on Twitter. If it works, keep doing it. But for the most part, think of Twitter as more a platform for broadcasting and building relationships with influencers.

When It Comes to Engagement, Quality Is Key

The most striking find in RivalIQ’s report is that there is virtually no correlation between post frequency and level of engagement. I would love to say there’s a perfect frequency or just-right time of day to post that guarantees you can beat the odds, but the data doesn’t back that up.

Think of it as a positive, though. You’re free from having to post on Twitter three times a day, Facebook 1.5 times, and so on. Now you can focus on quality and relevance over everything else. Even with engagement rates in the single digits—even when they’re below single digits—quality content is always the path to the light side of the social media world.

Need help with social media marketing? We can help. Dig into this delicious TopRank Marketing customer success story to see how we do it.