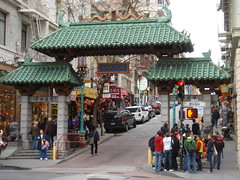 M&O PR’s Kevin Sawyer and I are now finally back in the office after two jam packed days of Media Relations Summit. Public and media relations professionals, academics and business communicators from across the country gathered at what is known as the largest event for media relations in the world. Kevin blogged the event over at Media Relations blog and I made a few posts here and many more on Twitter.

Here’s a summary of the sessions we attended and covered:

The compelling morning keynote presentations were sandwiched by PR Technology updates and then followed by 4 tracks of sessions. Here are the sessions that Kevin and I blogged:

My speaking slot was the last of the day and in direct competition with the “Future of the Press Release” session – yet we still had pretty good attendance. Lee Aase from the Mayo Clinic was kind enough to cover my talk and others on the panel, “Secrets of Increasing Traffic to Your Corporate Website” plus Mike Moran added a few thoughts and observations as well.

I would point you to all the photos I took, but if you follow me on Twitter, you’ll know about the Alcatraz inspired seasick episode of the cowboy fishing boat captain and the camera-eating bay – which resulted in a greater appreciation for dry land.

However, Kevin was armed with another camera and was able to take a few photos before his battery went dead.

Later on in the conference it was nice to catch up with Mike Moran before he did his keynote presentation. Mike is someone that I always look forward to seeing – very smart, social and a tremendous skill at being both visionary about technology trends in marketing and grounded in fundamental marketing principles at the same time. Mike is really becoming an in-demand speaker, especially for keynotes.

I was also able to spend some time with Brian Solis (photos) – someone, who after talking with in person, I can tell really “gets it” when it comes to understand the emerging roles of conversation, social media and digital marketing.